Acting graduate to star as Raven in hit CBBC series

An Acting graduate from New College Lanarkshire has won the role of Raven in a return of the hit CBBC series.

Aisha Toussaint was announced yesterday as the new star of the cult children’s fantasy adventure gameshow.

Fifteen 30-minute episodes will be filmed over the next three months, with Cairngorms National Park providing the backdrop for the battleground.

Last shown in 2010 with actor James Mackenzie playing the title role for eight years, it features contestants being guided on a quest through a mythical land by an immortal, shape-shifting Scottish warrior. 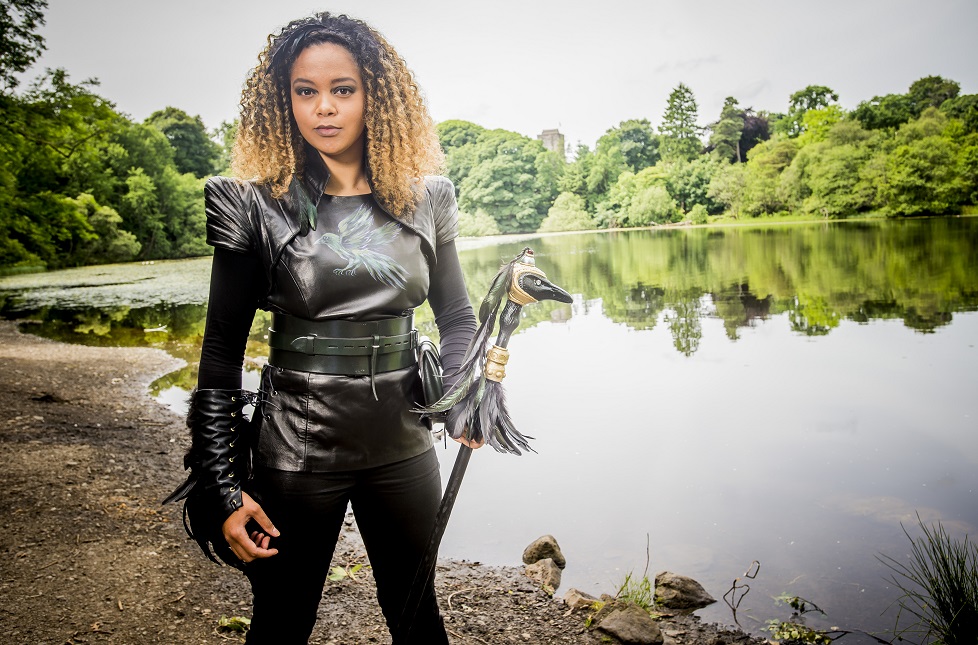 “I was a massive fan of the original series and remember rushing home from school so I didn't miss an episode – it was always so exciting.

“I used to dream of one day being a warrior contestant – I never for a second imagined that I’d one day be Raven. My 11-year-old self would be gobsmacked!

“Pulling on the costume for the very first time was a very special moment.”

The 21-year-old, who studied at our Motherwell Campus, is better known to fans of BBC Scotland drama River City as Jules Belmont.

More than 2,000 young people from across the UK applied for the 16 places as contestants on the forthcoming series of Raven.

Cheryl Taylor, Controller of CBBC, said: “Raven has always inspired a passionate and loyal following from CBBC fans and it's clear from the number of children keen to participate in the new series that its enduring and powerful appeal lives on.

“The return of Raven has caused great excitement and we wait with anticipation to meet the new cast and immerse ourselves in this legendary battle.”