Ross Megahy, 21, from Newmains, brought home the accolade from the EuroSkills Budapest 2018 contest, which attracted hundreds of competitors from all over Europe.

Ross, who was one of 22 elite apprentices and students in Team UK, finished third in the category of Mechanical Engineering: CAD. In total, Team UK won one gold and three bronze medals.

Ross completed HNC and HND qualifications in Computer Aided Draughting and Design (CADD) at New College Lanarkshire, and for two years after graduating returned to train with staff from the College in preparation for the event.

Ross said: “I am absolutely ecstatic to have won a bronze medal - all my training and learning over the past few years has paid off.

“It was an amazing experience, the atmosphere is unbelievable. I can’t thank the team enough who helped me get here. I’m really proud I won a bronze for them.

“I was surprised and relieved to have won a bronze, I just got tore into the competition to show what I can do.

“I’m not stopping here, this is only the beginning and I am determined to be at WorldSkills Kazan next year!

“I would highly recommend this experience to anyone”

The demanding three-day competition in Budapest involved six-hour challenges each day, including a general inventor mechanical systems test, a reverse engineering task and a design challenge.

The former Clyde Valley High School pupil is now in his fourth year of studying Product Design Innovation at Strathclyde University and also works part-time as a lifeguard at Shotts Leisure Centre.

Ross followed in the footsteps of a number of New College Lanarkshire alumni: Betsy Crosbie won a Medallion of Excellence at EuroSkills Gothenburg in 2016 when she was the only female competitor in Mechanical Engineering: CAD; Andrew Beel won a gold medal in addition to being named ‘Best in Nation’ at EuroSkills Lille 2014; while Ryan Sheridan claimed gold at EuroSkills Lisbon 2010. 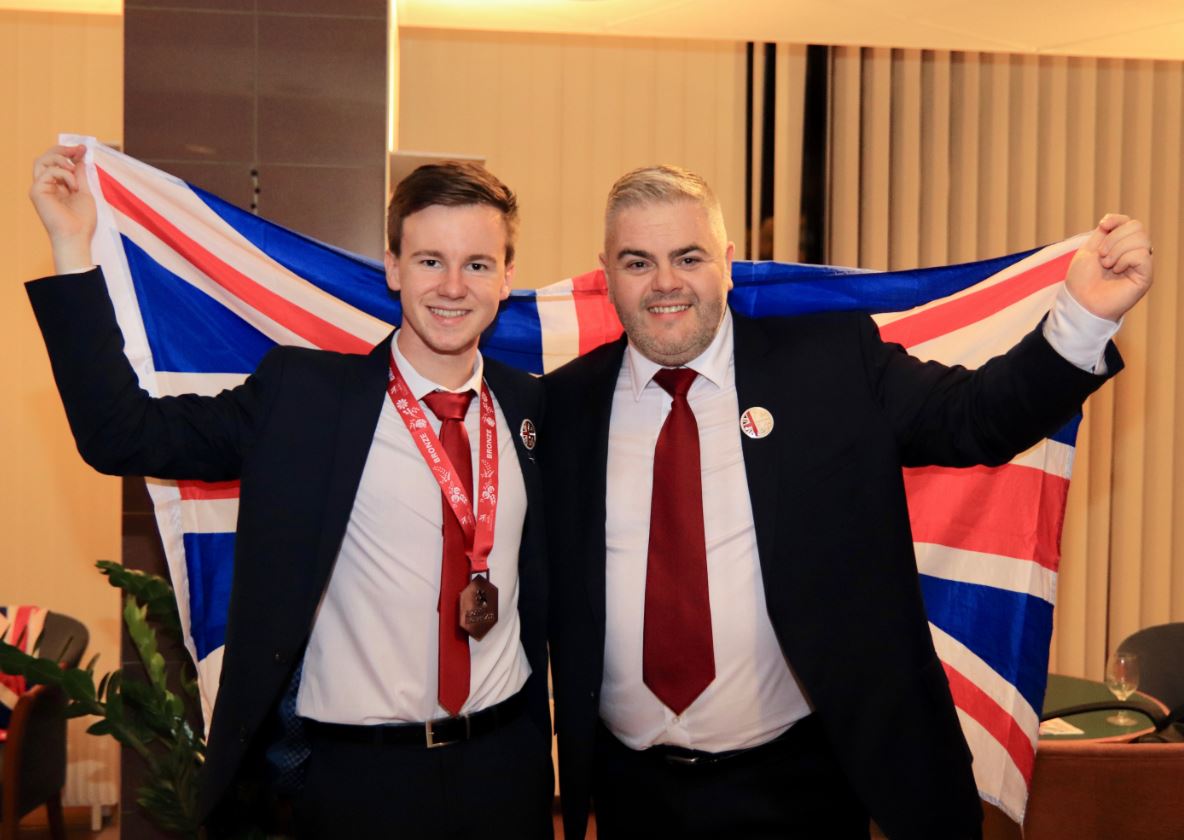 Martin McGuire, Principal and Chief Executive of New College Lanarkshire, said: “Since winning a gold medal at the WorldSkills UK finals in Birmingham in November 2016 we’ve known that Ross is a great ambassador for New College Lanarkshire and he’s now proved his abilities on an international stage against the very best CAD students from across Europe.

“We are incredibly proud of his achievements and grateful to our staff who continued to train Ross in the weeks leading up to EuroSkills.

“Well done Ross; you’re a tremendous role model for our students and a testament to the continued dedication of our staff who have backed you on every step of your remarkable journey.”

Dr Neil Bentley, CEO of WorldSkills UK said: “This is a fantastic result for Team UK and the country as a whole. We were gunning for a top ten position and we got it!

“Ross and the rest of Team UK are the UK’s new generation of high flyers.

“Budapest was a litmus test to see how the UK might fare when we leave the European Union next year.  We had an amazing result and the team worked incredibly hard, but we can’t be complacent.  Other countries across Europe are investing heavily in skills development, and we need to ensure we don’t fall behind.

“Governments, employers and the education sector- must embrace this success and use the energy and momentum generated here to inspire to help propel economic growth and productivity.”