Talented young people from across the UK have demonstrated their digital skills in a prestigious WorldSkills UK event held at New College Lanarkshire.

The College’s Coatbridge Campus played host to the three-day Team UK Selection event in which students and apprentices competed for a place at an international trade skills contest in Russia in August.

Eleven competitors were battling for one of four available places to represent the UK in either IT Network Administration, Mechanical Engineering: CAD, 3D Digital Game Art, or Web Design at WorldSkills Kazan 2019.

New College Lanarkshire had one former student among the competitors – Ross Megahy, 22, from Newmains, who last year won a bronze medal at a similar Europe-wide contest held in Budapest.

The competition was complemented by a series of interactive ‘have a go’ opportunities that saw local schoolchildren try their hands at beauty therapy, hairdressing, psychology and life sciences.

The event was launched with a ‘Celebration of Skills’ evening involving skills taster sessions, talks from invited guests and a piped welcome from pupils of North Lanarkshire Schools’ Pipe Band.

Ms Sneddon, who is also the Chief Technology Officer at software company Simul8 Corporation, told the audience of a need to meet the demand for digital skills, with 12,800 unfilled digital jobs available in Scotland annually.

She said: “It was an absolute pleasure to be a part of the Celebration of Skills event.

“I love the WorldSkills motto ‘Go Further, Faster’ because it says everything about what we need to do for our youth of today; it’s exactly what academia and industry needs to be collaborating on.

“There is a massive gap in digital skills but it’s also a massive opportunity for our youth because equipping them with those skills means that they will be in high demand.

“I think the biggest gift that we can give our youth is to help them go further and faster with their ability to learn.

“It’s going to be the ability to learn and adapt to new technologies, to new skills, to new everything, that will drive young people forward and they will also take us, and the Scottish economy, with them.”

The Team UK Selection event was organised by WorldSkills UK, which is a partnership between businesses, education and governments that aims to accelerate young people’s careers through benchmarking their skills in regional, national and international competitions.

It was one of only eight being staged around the UK to coincide with National Apprenticeship Week. 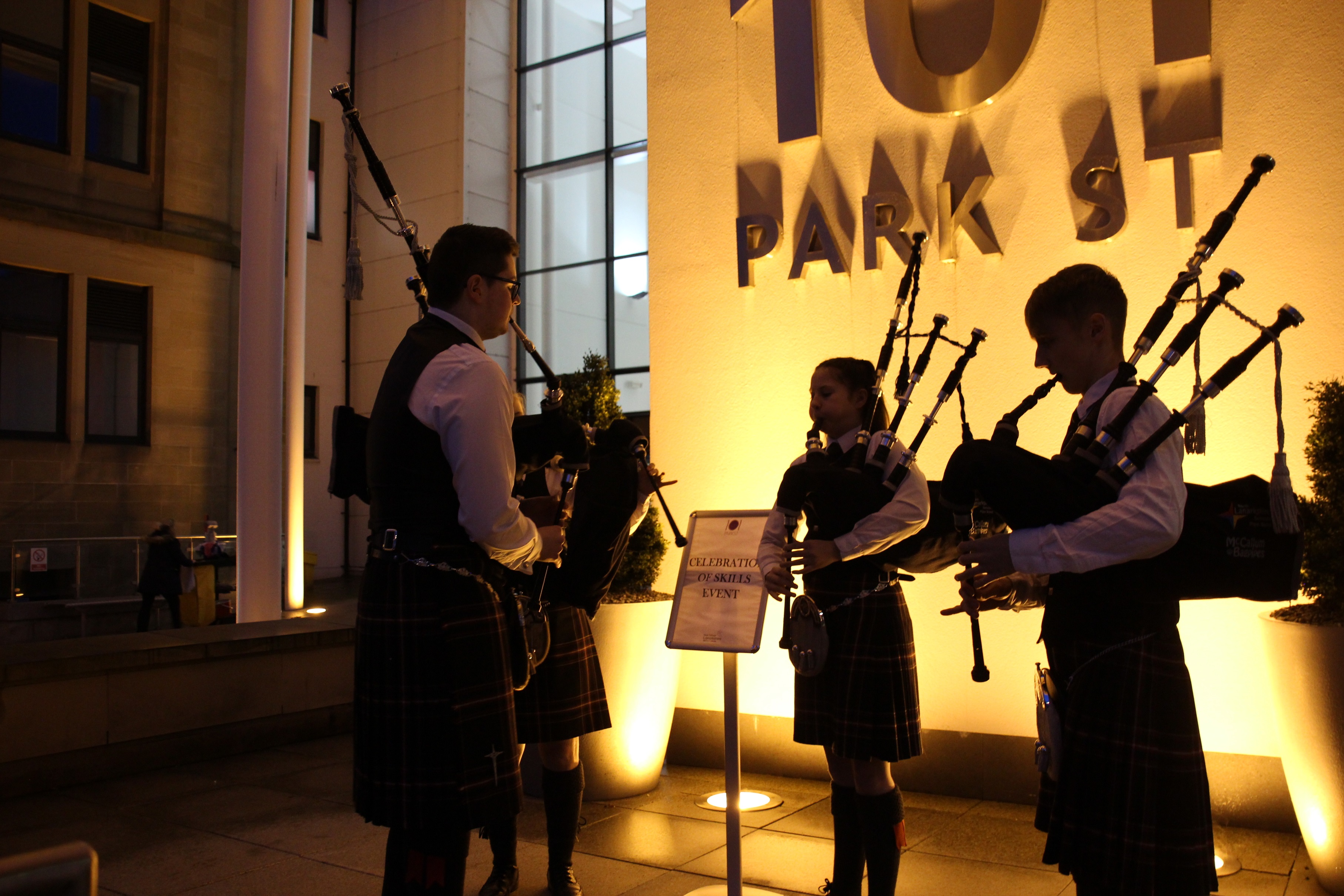 Martin McGuire, Principal of New College Lanarkshire, said: “We were pleased to have been able to host the Team UK Selection event and welcome competitors from across the UK to our Coatbridge Campus.

“I’d like to take this opportunity to thank our staff for their contribution to WorldSkills UK events and for supporting our students who have achieved so many medals at both national and international competitions.

“I wish all those selected for a place in Team UK the very best of luck for competing at WorldSkills Kazan 2019.”

Dr Neil Bentley-Gockmann OBE, Chief Executive of WorldSkills UK, said: “I was delighted to attend the Team UK Selection event at New College Lanarkshire. The College not only offered fantastic facilities for us to select the UK’s top apprentices and students to compete at WorldSkills Kazan 2019, but it is also consistently amongst the top performers in our UK-wide skills competitions and its students achieve the world-class benchmark when we compete internationally.

“By working with New College Lanarkshire and other colleges and employers in Scotland, we are not only giving young people the opportunity to reach their full potential but we also believe can transfer the insights gained from competing against other countries into the wider Scottish economy, driving up training standards for young people to world-class levels, giving a much-needed boost to productivity.”