Around 20 students took part in a ‘Biker Down’ course to learn what to do in the immediate aftermath of a crash.

Taking place recently at Motherwell Community Fire Station, the course also taught students and lecturers, many of whom have their own motorbikes, about how to make themselves more visible on the road.

The aim of Biker Down, which is taught by volunteers from the emergency services, is to reduce the number of motorcyclists killed or injured on the roads.

The three-hour class was attended by a mix of first, second and third-year students of Motorcycle Maintenance.

It was split into three sections: accident scene management; basic first aid including CPR and safe helmet removal; and, finally, the science of being seen. 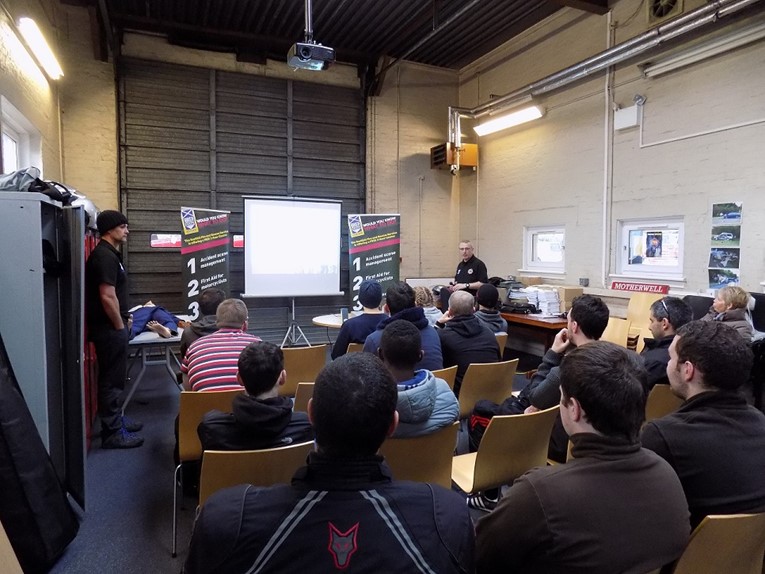 The initiative is led by Cumbernauld Fire Station-based firefighter and keen biker John Branney, who was inspired by a similar project run by Kent Fire and Rescue Service.

He said: “These students are motorcycle mechanics of the future, so who better to train in motorcycle safety than those who are going out into trade?

“Unfortunately, motorcyclists are one of the few groups of road users whose involvement in serious or fatal accidents have actually gone up in the last year.

“It’s very important to get the word out there and we have had reports that there are two people alive today because of action that was taken by people who have done this course.”

The team of volunteers also run similar courses in Oban and South Queensferry.

Gerry Doherty, a technician with the Scottish Ambulance Service, taught students the basics of CPR.

He said: “This is a great help to students and gives them an understanding of what to do in those crucial first few moments after an accident has happened.

“Often the first person on the scene is another biker, and if they can take some of the right actions then that is of great benefit to anyone who takes part in this.

“Many hobbies or sports can be dangerous, but it’s all down to being aware and driving appropriately to the conditions and within the law.

“When it goes wrong for bikers, it tends to go wrong quite badly because they’re not as protected and they’re more exposed to serious injury, so anything that can be done on the scene initially can help to save a life.” 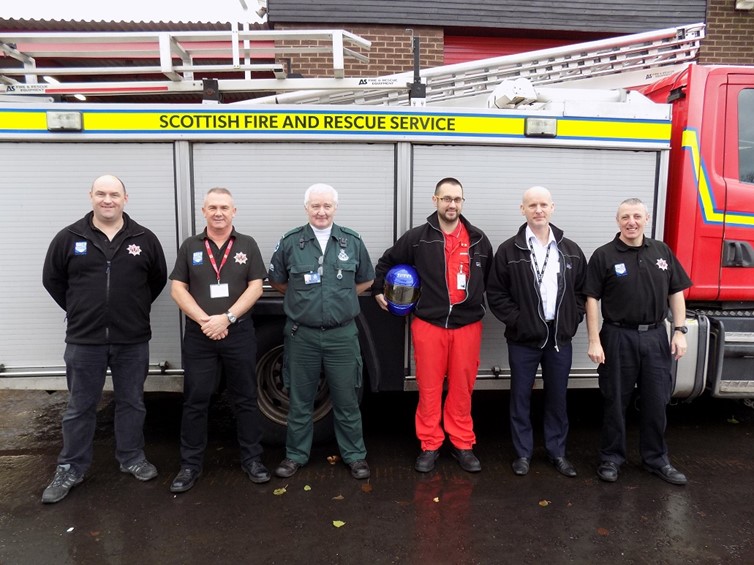 Automotive lecturer Des Reid organises for groups of Motorcycle Maintenance students to take part in the Biker Down course during every year of their studies at New College Lanarkshire.

He said: “The feedback from students in the time we’ve been doing this has been great.

“In the worst case scenario, they know if they’re out on their bikes and come across someone who has come off a motorcycle, that they now have the tools and the confidence to try to keep someone alive until the emergency services arrive.”