The work of a former NCL student has been recognised at the prestigious NME Awards.

The 24-year-old from Fauldhouse, Bathgate joined Yungblud in collecting the award for the video for song ‘Original Me’ at the star-studded NME Awards in the 02 Academy in Brixton on 12th February.

They beat four other nominees for the accolade, including chart-topper Stormzy.

A former class and bandmate of Lewis Capaldi, Adam’s success comes a week before the Brit Awards, where Lewis has been nominated for four awards.

Currently touring in Los Angeles, Adam said: “The course at NCL was really good for me as I spent so much time performing, which has set me up well as this is my life now.

“In our HNC year our class performed in Newcastle which was a great experience. We are all really happy for each other’s success since leaving the course and it’s reached a level now that we just can’t believe!” 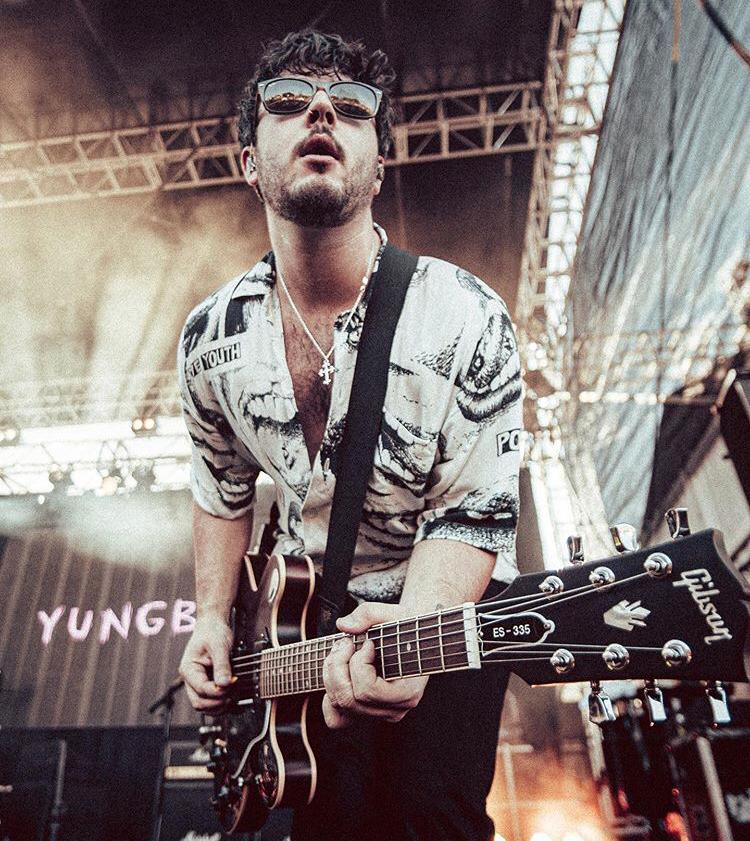 Scott Cowie, Music Lecturer at the College, said: “Adam’s success has been amazing, it just keeps getting better and better.

“He has always had so much natural ability and it’s great to see him showing that on the biggest stage.

“He really inspires our current and prospective students and shows what kind of career you can have if you are ready to put the work in.”

Jennifer O’Donohue, a current student on the NQ Rock and Pop course, agrees on the positive influence by the standard of alumni the College has produced.

She said: “To know that Adam, who is in my favourite band, was in the same position as me on the course a couple of years back is hugely inspiring to all of us and it just goes to show that it is the best place to study music.”

Yungblud has a string of UK dates in May including Glasgow’s legendary Barrowlands on 22 and 23 May.

Think you could follow in Adam’s footsteps? NCL offers a range of music courses that are now open for application. For more information, visit https://www.nclanarkshire.ac.uk/courses/music-and-music-business