Graduates need your help to bring TV comedy to life

Acting graduates are looking for funding support to bring their new comedy series "Weegies" to the small screen which is set to be filmed in July!

Following the success of its pilot on YouTube, the three continued to expand the script with the tagline ‘Two guys. One dream. Nae hope’. They have now developed the cast, which includes current New College Lanarkshire students Louise Smith and Dylan Bore, along with alumnus Blair Anderson.

Independently written, produced and filmed, the project relies on crowd funding to ensure that the team and cast are paid accordingly for their professional work. The funding would also go towards the cost of locations, construction of sets and general expenses including kit transportation.

To ensure the filming goes ahead, the project must raise £5,000 before 31st May and has currently raised over 50 per cent of the target.

"We are extremely grateful to everyone who has supported us and pledged toward our Kickstarter campaign so far. The kindness has been really humbling and we are so close to reaching our goal. With continued support and pledges, we will be able to fully pay our cast and crew, build sets and create the best series possible."

Information about helping the series can be found at the Weegies Kickstarter page by clicking here. 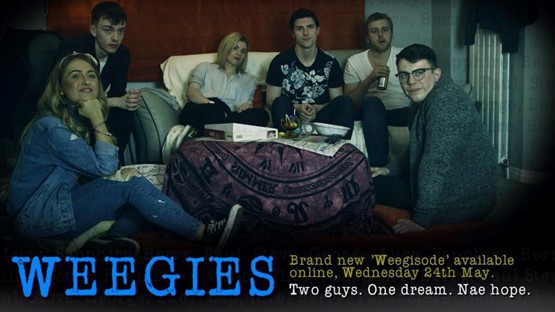 Both Stephen and Matthew graduated from New College Lanarkshire’s Coatbridge Campus and have since found success on stage and on-screen, with Weegies being the latest of their projects.

Stephen performed to sold-out audiences at the Edinburgh Fringe and on international stages last year when he took the lead role of ‘Young Alan’ in I Ran with the Gang, the story of the Bay City Rollers. His film and TV credits have also included Scot Squad and One of Us.

Teaming up with George Stewart, the three decided to put a comedy series together, drawing on their personal experiences of finding work in the creative industries, along with their passion for comedy writing.

They then joined with independent and self-taught filmmaker Graeme Watt and his studio, 8 Acre Films, which has produced and directed more than 20 short films including the pilot of Weegies, which was premiered to a sold out audience at Glasgow’s ABC in 2014. 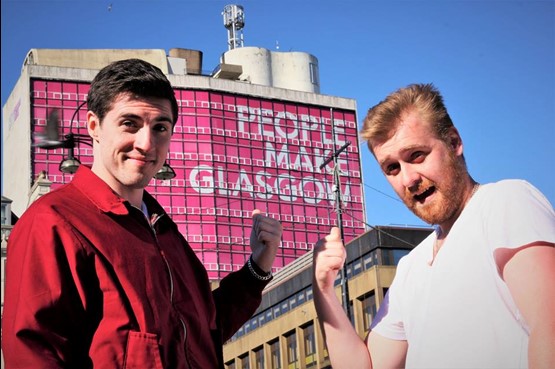 "We have an absolutely brilliant team of talented, hardworking people involved with Weegies. During our campaign we have created and released two brand new, original videos that are streaming on Facebook, including a sketch with the brand new cast. If we reach our target we aim to film a full first series consisting of five, twenty-five minute episodes that are fully written and ready to go."

Did you know, New College Lanarkshire offers a range of courses in Performing Arts, from NC to BA level. For more information and how to apply click below! 😊