An exhibition on the history of Barlinnie Special Unit featuring contributions by current prisoners has opened at Kelvingrove Museum in Glasgow.

Barlinnie Special Unit – A way out of a dark time is a collaboration between Glasgow Museums’ Open Museum, the Scottish Prison Service and New College Lanarkshire.

Students at the prison's learning centre helped to research and create the exhibition on Barlinnie Special Unit (BSU), which held prisoners from 1973 until 1994.

Designed to take the most violent and uncontrollable prisoners in Scotland, it gained an international reputation for using an experimental, therapeutic model.

The exhibition examines what life would have been like for those living in the special unit and its legacy for the future of imprisonment.

One of the most notorious participants was gangster Jimmy Boyle, whose ex-wife, author Sara Trevelyan, was involved in the project.

The exhibition was originally on display for one week at Barlinnie in November 2016 when it was viewed by more than 500 prisoners, staff and external visitors.

Much of the work on display was donated by Joyce Laing, who was the art therapist at Barlinnie Special Unit. 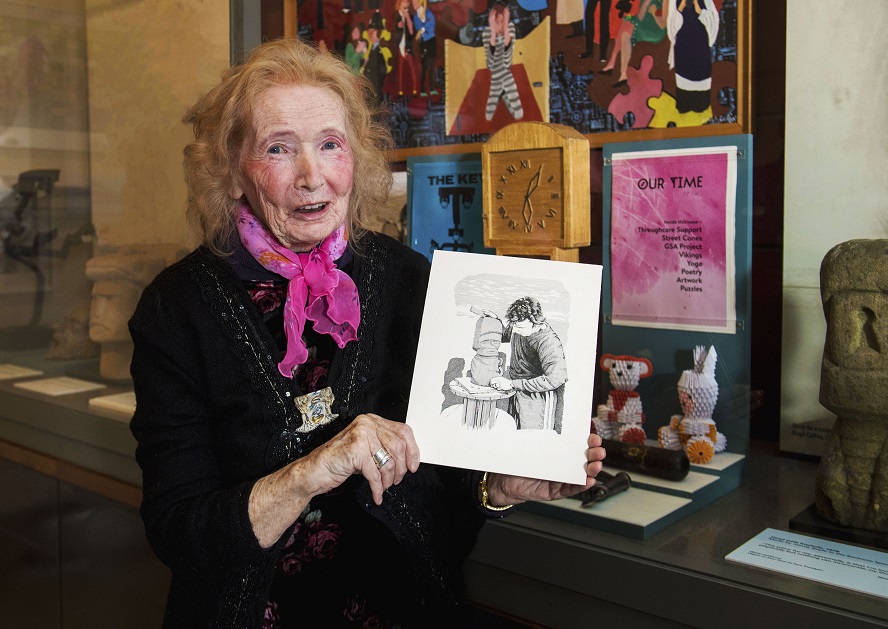 She donated photographs and scrapbooks to Glasgow Museums – and this is the first time they have been on public display for more than two decades.

Joyce said: “I’m pleased Kelvingrove is hosting this display as it opens up a wider discussion on the future of imprisonment.

“We must take a more holistic approach. It’s not about locking and unlocking a criminal’s cell door, but about considering a person who can create and contribute to society.

“Only such an approach will reduce reoffending, which is good for the individual, his family and the wider community.”

The adult learners from the prison’s Barbed Wireless project used the BSU archives from Glasgow Museums to conduct and record a series of interviews to research the history of the unit.

Throughout the project, the learners worked towards gaining a recognised qualification in Communication and Creating Digital Media Content.

They were also trained in museums aspects, including object handling, conservation, research and interpretation.

The plinths were made by carpentry students at Barlinnie, which will be donated to charity after the exhibition closes.

Tracey Yuille, New College Lanarkshire's Head of Education at HMP Barlinnie, said: “This has been an exciting opportunity to get students to carry out original research on a part of Barlinnie’s social history, whilst also gaining qualifications and improving their confidence.

“We are delighted this exhibition is now in Kelvingrove Museum to provide a wider audience with the opportunity to see it and discuss the themes of education in prisons.”

“The students’ enthusiasm, insights and interview skills have revealed new knowledge about this important group of works.

“It’s wonderful to see the exhibition at Kelvingrove and I think everyone should be very proud of what they’ve achieved.”

The exhibition is on show in the community exhibition space at Kelvingrove Museum until June 3. 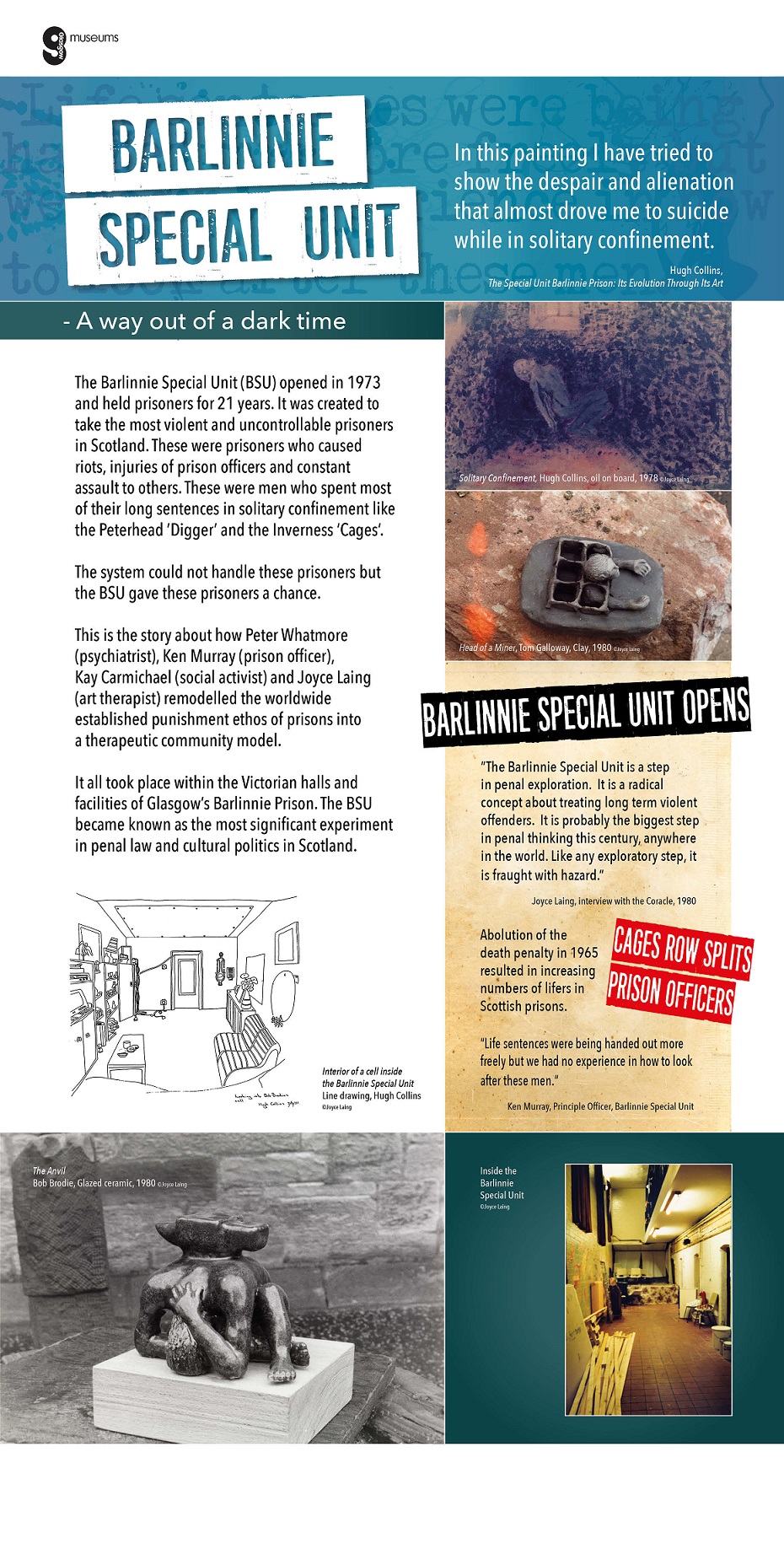