A hospitality student from New College Lanarkshire has won a prized scholarship with the Gleneagles Hotel.

Patryk Brodacki, who recently completed HNC Professional Cookery at our Motherwell Campus, is only the second recipient of the Gibby Culinary Scholarship, which was set up in memory of much-loved Gleneagles chef Alan Gibb.

Budding chefs from colleges all over Scotland competed for the chance to cook in the kitchen of the luxury five-star resort hotel.

Patryk, 21, from Motherwell, impressed the judges at the final held at The Cook School Scotland in Kilmarnock. 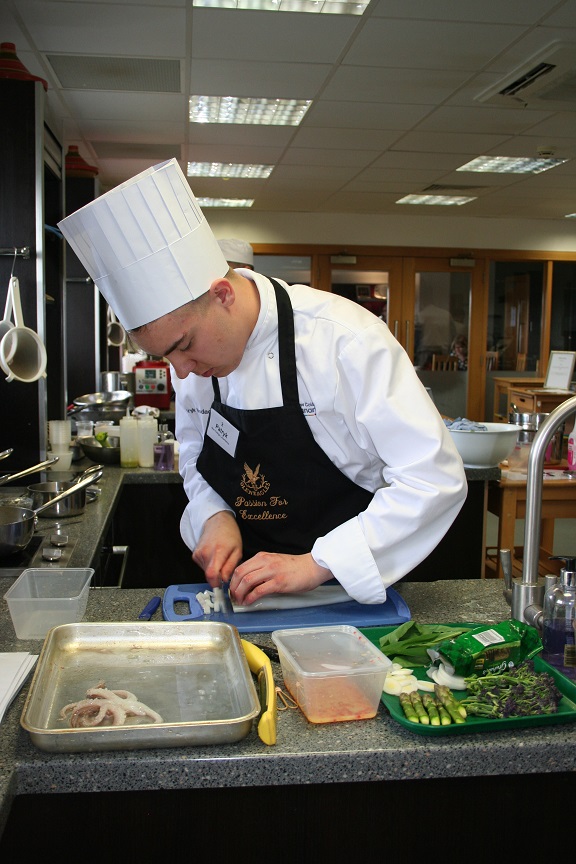 Patryk will now receive a two-week placement at the Gleneagles Hotel, a pastry masterclass with HIT Scotland, and has the opportunity to secure a permanent position at the hotel.

The Gibby Culinary Scholarship was founded by the Gleneagles Hotel, and supported by HIT Scotland and the Federation of Chefs, to foster emerging hospitality talent.

It was established to honour the memory of Alan Gibb, Gleneagles’ executive head chef who passed away suddenly in June 2016 at the age of 48.

The competition was open to all first-year students enrolled in two-year courses in culinary arts.

Patryk, who plans to progress to HND Professional Cookery in August, said: “It didn’t really hit me straight away when they said that I’d won, but afterwards, when Gleneagles’ head chef gave me his business card and told me to call him anytime, at that point I realised that I’d won. It was amazing.

“Without New College Lanarkshire, I wouldn’t have been able to do any of this – I’ve not only learned a lot, I’ve got a job, and I’ve worked with so many different ingredients and cuisines. 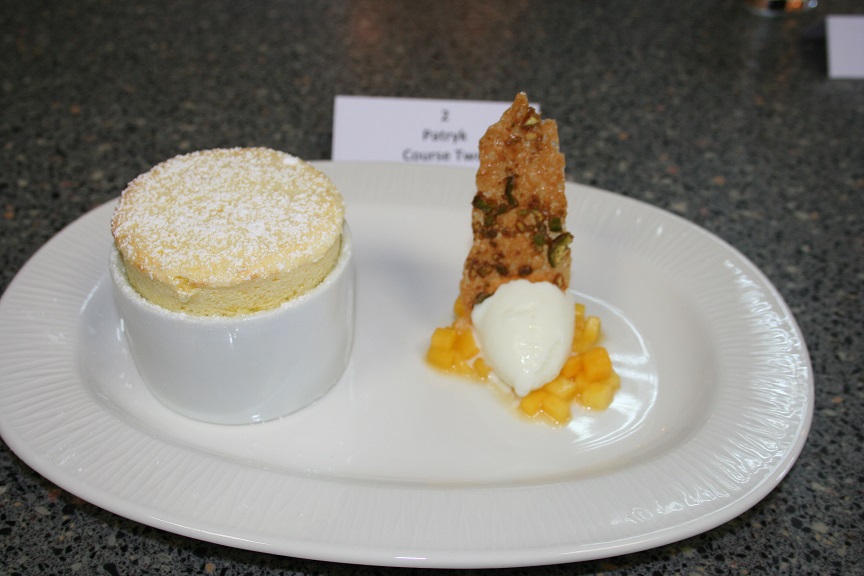 “In the future I’d like to travel around the world as much as possible and this scholarship with Gleneagles will support me in doing that.”

Simon Attridge, Gleneagles’ Executive Chef, said: “We’re delighted to offer our 2018 Gibby Scholarship to Patryk, who showed determination, positivity, a willingness to learn and creativity throughout the competition.

“These are the attributes demanded for a successful culinary career and the qualities Gibby himself would have identified and championed in his team.

“This scholarship, set up in memory of Gibby – who played such an important role in fostering culinary talent across Scotland – will give Patryk the opportunity to train with the kitchen teams across all our restaurants, providing him with valuable experience of working in a fast-paced and exciting five-star environment with some of the finest chefs in the country.”

Patryk was mentored throughout the competition by lecturer Alan Boslem, who has also employed the budding chef as an apprentice with his company, Big Bite Catering, which caters for events all over Scotland.

Alan, a former sous chef at Gleneagles Hotel, added: “Alan Gibb was a good friend and colleague of mine who passed away far too young.

“This scholarship set up by Gleneagles is a legacy that I believe he would have been proud of and I am delighted that Patryk has won this incredible opportunity.”