Automotive students from New College Lanarkshire have started their journey to success at a national skills competition after the first ever Scottish qualifier was held at the Motherwell Campus.

The College’s Faculty of Engineering and Automotive recently hosted eight of the best automotive students and apprentices in Scotland as they competed for a chance to be selected for WorldSkills UK.

28-year-old Stuart Cochrane from Bonnybridge was named overall winner of the competition, and will join runner up Ian Pew at the national UK qualifiers in June, going against 28 of the best from the UK to be in the final six who will compete at the final of WorldSkills UK in Birmingham’s NEC arena.

Stuart said: “I’m really shocked that I came first in the competition as although I was confident it was very nerve-wracking working under pressure. However I prepared well for it and once I got the first challenge out the way I felt really comfortable completing the tasks.

“The competition was a great experience as now I know what to expect from WorldSkills competitions and the high standard that is required.”

The Level 2 Mechanical Engineering student studies full-time at the College’s Cumbernauld Campus, a change from his previous job as a qualified Heating Engineer.

He said: “Two years ago I decided being a heating engineer wasn’t what I wanted to do for the rest of my life so I made the huge decision to leave it and come back to college and pursue my dream of being a mechanical engineer. Now it seems it’s paid off!

“I’d like to thank my lecturer Peter Foy for all his help throughout my studies and in the lead up to this competition. I can’t wait to go to the next stage!” 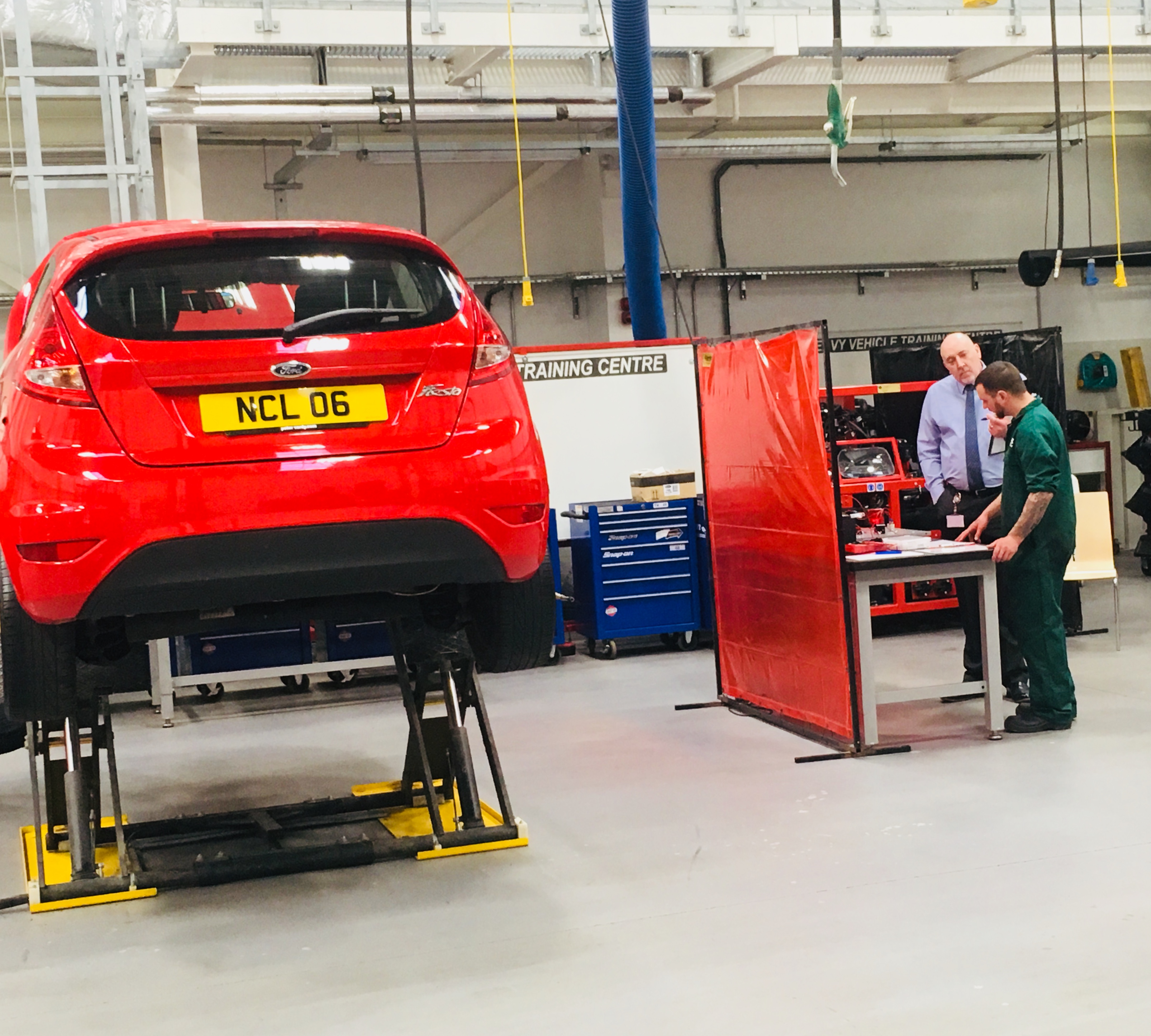 Held in partnership with the Institute of the Motor Industry (IMI), Dingbro Ltd., Scottish Motor Trade Association (SMTA) and Energy Skills Partnership (ESP) Scotland, the competition was hailed a huge success for the future of the industry.

Head of the Faculty of Engineering and Automotive at New College Lanarkshire, Barry Skea, said:

“It is a great privilege for New College Lanarkshire to be hosting the first Skills Auto heat in Scotland as we already have a strong track record in WorldSkills competitions and hope to continue this success across a number of areas in the coming years.

“We have a fantastic automotive offering at the College, with our facilities being a testament to that, so it is great to have the best automotive students come here today to compete, and help them take that next step in their education.

“We are extremely grateful to The IMI, Dingbro Ltd., SMTA and ESP Scotland for sponsoring the competition and to all the competitors for their extremely high standards of work shown. They are an inspiration to current and future students looking to expand their skillset.”

David Massie, Skills Competition Manager, from the IMI said: “It is well known that the industry in Scotland is having issues getting the right talent into it, so we hope that by hosting this competition in New College Lanarkshire and showcasing some of the best young talent Scotland has, it would encourage more students to enter into the industry.

“I’d like to congratulate all the competitors who performed to such a high standard, in particular Stuart and Ian for their impressive skills. All the competitors scored over 83% which is astonishing. I look forward to seeing where the competition will take them in their WorldSkills journey.

“The facilities at the College have been the perfect setting for the competition and the support from each of the partner organisations has been fantastic. We look forward to hosting many more Scottish qualifiers in the future.”

Sandy Burgess, Chief Executive of SMTA, said: “Well done to all the competitors, it is fantastic to see such a high standard of skills being shown in the industry and great experience putting them to the test.

“In such a dynamic industry it is vital that we are seeking the best talent and these competitors have shown they are right at the front of it!

“The competition was a great success and the facilities were fantastic so thanks to all involved for making a truly outstanding competition.”

New College Lanarkshire offers a wide range of automotive courses within its industry-leading engineering block. Whether it is motorcycles, cars, vans, buses, trucks or lorries that you’re interested in, the College has a bumper range of courses to teach you the nuts and bolts of vehicle maintenance and repair.