It’s been an amazing few weeks for former music students of NCL.

Adam Warrington accepted a NME Award as guitarist for singer/songwriter Yungblud, beating the likes of Stormzy for the Best Video accolade.

Paige Turley, former Britain’s Got Talent semi-finalist, is currently starring on Love Island, stealing the nation’s hearts and set to be a finalist.

He was presented with the Best New Artist Award from pal Niall Horan then took to the stage a second time to accept the song of the year accolade for ‘Someone You Loved’ from music legend Tom Jones.

All students of HND Music at NCL’s Motherwell Campus in 2016, Lecturer Scott Cowie reflects on the success of the trio, and how their commitment and passion has helped propel them to career success. 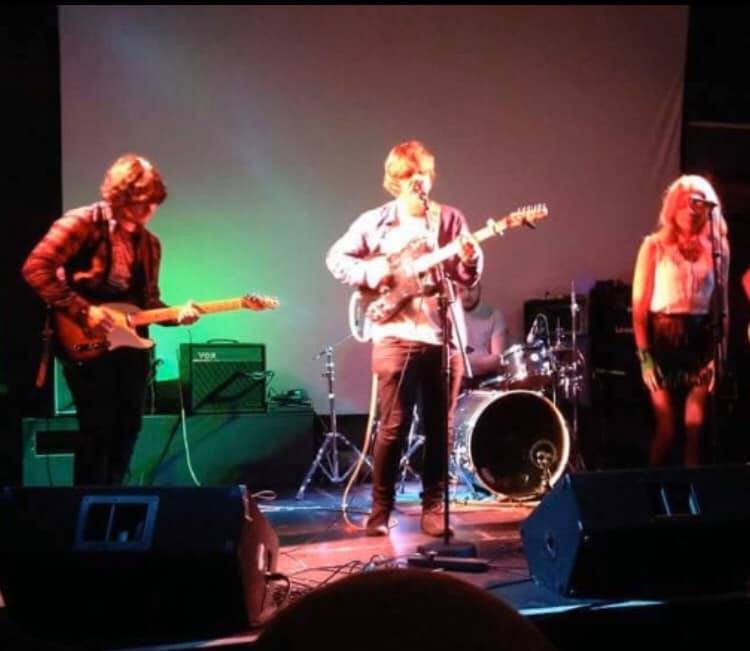 He said: “I remember we once took two bands from our music course at NCL to compete in a UK wide music competition. The first round was held in the North of England where the above photo was taken. Our students worked very hard and, in my opinion, we put two bands together that were more than capable of at least reaching the final - which would later be held in one of the biggest arenas in England.

“One of our bands did make it through to the final, but weren’t even awarded a bronze which I felt was unfair, extreme bias aside.

“What made it worse is that the band in this photo didn’t even get past the first round, which I had real difficulty accepting, (again, extreme bias aside).

“Devastated at the results I asked the judges for some feedback and was told our students ‘just weren’t up to the standards’.

“Although we were deflated at the time, we encouraged the students to pick themselves up and carry on, using the rejection as a learning curve to become bigger and better. And bigger and better they certainly have become.

“Recent events prove that I wasn’t just being extremely biased towards our students. BRIT Awards, NME Awards, Britain’s Got Talent success. I don’t think there can be much more success for one group of students!

Inspired to be the next big name in the music industry? Visit https://www.nclanarkshire.ac.uk/courses/music-and-music-business to find out more about NCL’s range of music courses open for applications now.