Minister for skills shows support for Step into STEM initiative

Scotland’s Minister for Business, Fair Work and Skills has encouraged school pupils to ‘Step into STEM’.

Jamie Hepburn MSP visited the Cumbernauld Campus of New College Lanarkshire on Tuesday 1st October to launch the latest in a series of events encouraging young people to engage with Science, Technology, Engineering and Maths subjects.

It involves secondary school pupils trying their hands at a series of fun, interactive activities in addition to meeting with employers who actively recruit candidates with STEM skills.

More than 400 S1 and S2 students from across Lanarkshire and East Dunbartonshire participated in three days of events staged at the College’s Cumbernauld, Motherwell and Coatbridge campuses.

Skills Minister Jamie Hepburn said: “We are a science nation with a global reputation for punching above our weight in research and innovation.

“These fun, interactive events are created by New College Lanarkshire, Developing the Young Workforce and Energy Skills Partnership Scotland to celebrate the way that science heritage brings STEM subjects to life. I’m pleased that some schools are attending as part of their Maths Week Scotland activities.

“We can all support and inspire pupils who may be considering a career in the burgeoning STEM sector to pursue one of the many routes available, such as a Foundation Apprenticeship, to gain experience and knowledge in their chosen field.” 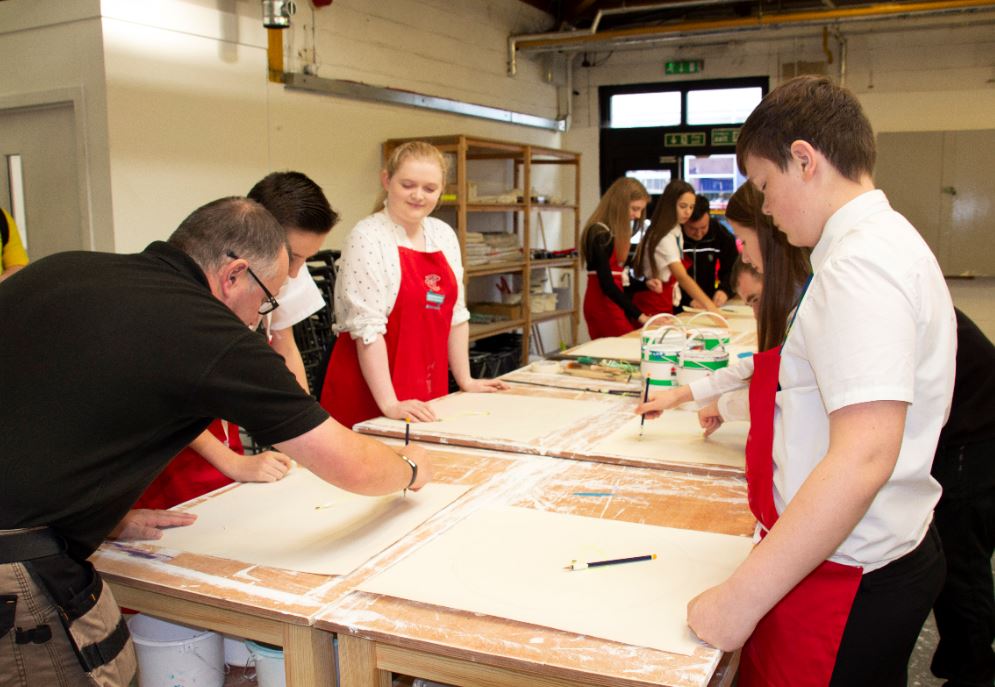 Each group was able to try their hands at activities such as ‘Crack the Code’, ‘Who's the Criminal’, ‘Lego Robots’ and ‘The Science of Hairdressing’.

The Minister was also taken on a tour of the newly opened Construction workshops in the Cumbernauld Campus, where pupils tried their hands at a ‘Painting & Decorating’ challenge. 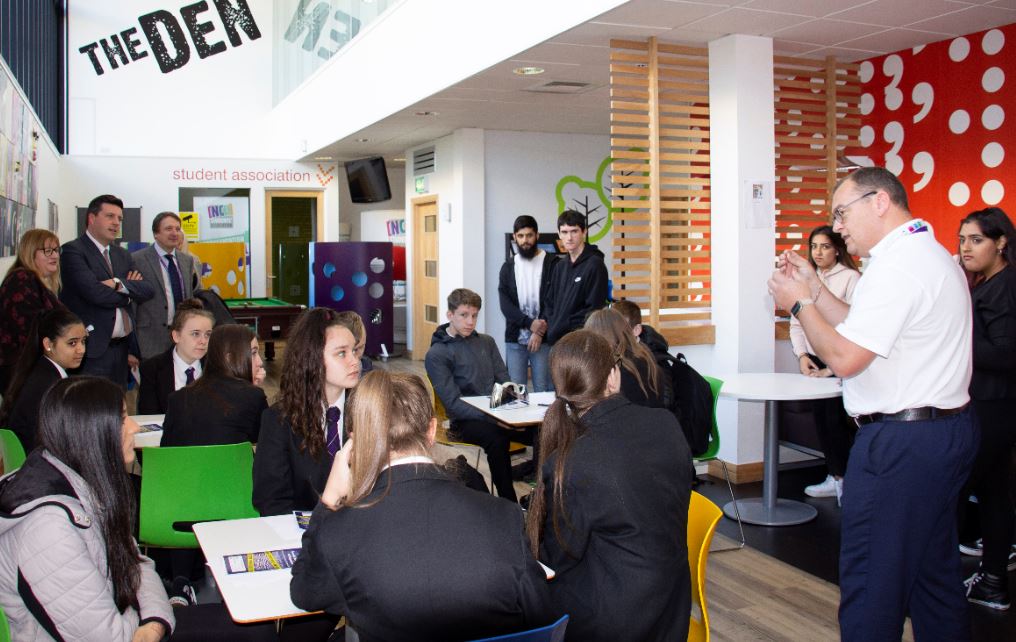 The second day in the College’s Motherwell Campus on Wednesday 2nd October was attended by almost 130 pupils.

Pupils engaged with activities including ‘The Origins of Milk and Milk Derivatives’, ‘Vex Robotics’, ‘All About Animation’, ‘Song writing’ and ‘Electronics’.

On the third day at the College’s Coatbridge Campus on Thursday 3rd October, there were around 170 pupils in attendance. 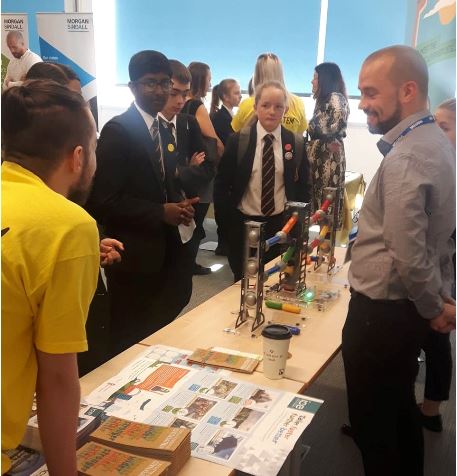 Alison Nimmo, Programme Manager for DYW, said: “We are delighted to have STEM employers and our local schools taking part in this event for the second year running.

“The Step into STEM events are a fantastic way to introduce young people to the world of science, technology, engineering and mathematics.

“The interactive workshops provided by the College, coupled with meeting employers, helps bring STEM to life and showcases the careers available to young people.” 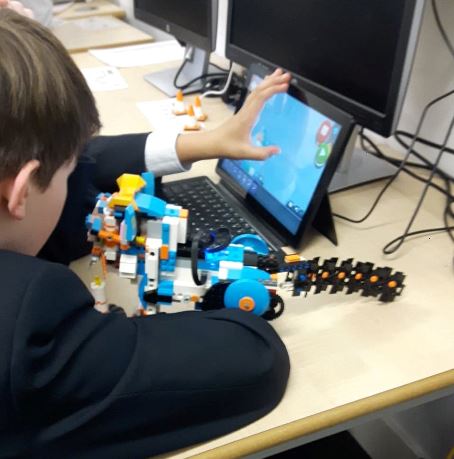 Wendy Findlay, Project Support Manager of STEM for ESP Scotland, said: "We are proud to once again support these fantastic STEM events.

"Step into STEM allows pupils to experience the fantastic facilities at their local college whilst meeting predominantly local employers and learning about career opportunities whilst participating in a fun, interactive activities.

"Both young people and their teachers will have the opportunity to see how important STEM subjects are to their future careers; something that is even more critical as we move towards Industry 4.0, which will necessitate even more people with technical skills and knowledge." 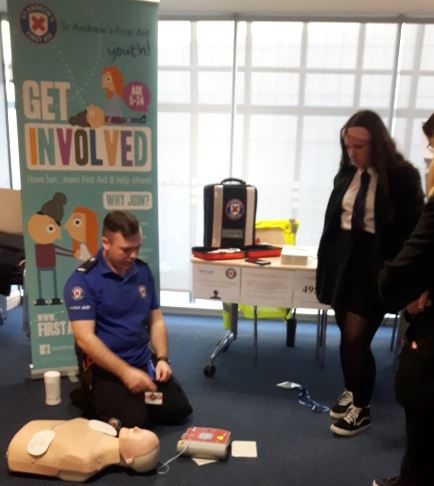 This is the latest in a series of STEM-focused schools events staged at New College Lanarkshire since Sir Boyd Tunnock kick-started the campaign at the Motherwell Campus in October 2018.

There has since been an event dedicated to nursery children at the Coatbridge Campus in March 2019, which coincided with the launch of the STEM Lanarkshire initiative, and a ‘Junior’ STEM event for primary school pupils at the Coatbridge and Motherwell campuses in May. 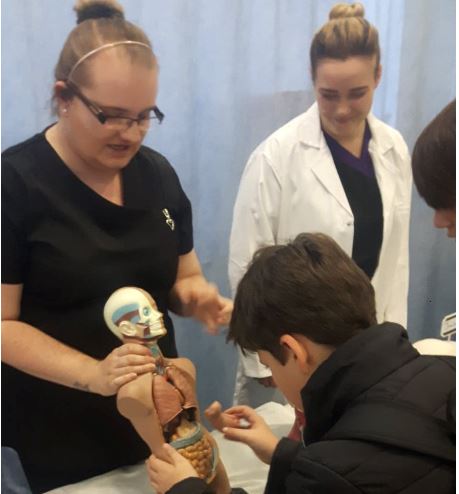 “These events are a fantastic way to engage with young people as they allow students currently enrolled in STEM subjects to inspire others to consider a career that involves skills which are vital to the future of our economy.

“It also gives them an insight into the breadth of STEM subjects offered at New College Lanarkshire, which are exciting options for further study on leaving school.

“We hope that all the pupils who attended have benefited from having a go at interactive activities and meeting employers over the course of the three events at our Cumbernauld, Motherwell and Coatbridge campuses.” 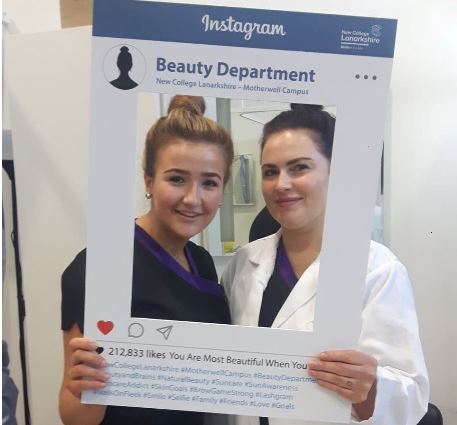 Matthew Smith, Head of Faculty for Computing & Creative Industries, said: “A lot of work goes into making sure the STEM events run as smoothly as possible.

“I am grateful to all the support of college staff who put so much into running the activities, and also the DYW Lanarkshire & East Dunbartonshire team who liaise with the schools, and all the students who help out with activities and act as chaperones.

“STEM is a team effort and we hope the school pupils have enjoyed every minute of it.”