National skills competition finalists announced – with most coming from NCL!

The finest apprentices and students from across the UK have been announced as finalists at a prestigious skills competition – and 24 of those are from New College Lanarkshire.

The highest number of competitors out of 194 institutions, the 24 are set to compete in the national finals of WorldSkills LIVE after being selected as the top performers in their chosen skills from National Qualifiers held across the UK.

The talented students will now go on to compete in front of more than 70,000 spectators at the UK final held at The Skills Show at the NEC in Birmingham from 21-23 November.

Around 500 competitors will vie for gold, silver and bronze medals in their chosen disciplines – which may make them eligible for selection to represent the nation at WorldSkills Shanghai 2021.

Following in the footsteps of Team UK’s Ross Megahy, who recently competed at the international final of WorldSkills in Kazan, Russia, the students will be competing to be best in the UK in the hope of proving themselves the best in the world.

New College Lanarkshire students will also be competing for the first time in the Construction MetalWork and Laboratory Technician competitions this year, as more students from across the curriculum are encouraged to put their skills and confidence to the test on a national stage. Lukasz Mularczyk will represent the College in the Construction MetalWork competition while budding scientist Lewis Dymock will compete in the Laboratory Technician category.

In the Mechanical Engineering: CAD competition, which is overseen by Head of Faculty for Engineering, Barry Skea, four students will compete including Jedrzej Matwiejczuk, Lewis Batchelor, Liam Hendry and Neil Donnelly. Three further students will be attendance offering spectators the chance to ‘have a go’ at the skill, alongside skills champion Ross Megahy.

From the Faculty of Computing and Creative Industries, eight students will be competing including Zoe Lazenby-Carroll, Klaudia Krzos and Lewis Brisco in IT Software Solutions for Business, Philip Kennedy and Chris Smith in IT Support Technician, Fraser Cameron in Network Infrastructure Technician, Maureen Cook and John Dawson in Network Systems Administrator.

Representing the Faculty of Service Industries, Abigail Dickson will be competing in Commercial Make-up while Samuel Mammone and Sara Adamson will compete in Creative Media Make-up.

There will also be a demo competition in Electronic Security Systems, with Ryan Gibb, NCL apprentice with Tyger Security, competing for the first time. 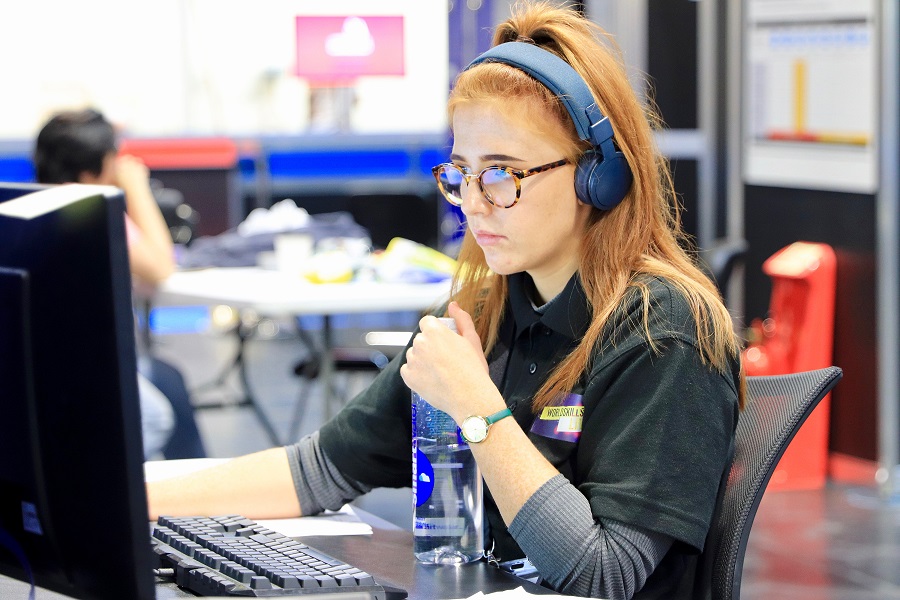 Annette Bruton, Interim Principal at New College Lanarkshire, said: “It is fantastic to have so many students reaching the final of WorldSkills UK across such a diverse range of skills - a testament to their hard work and enthusiasm as well as the dedication of our staff and their commitment to skills provision.

“New College Lanarkshire has a strong track record in the competitions, finishing in the top three institutions in the last five years - including being named ‘Best in UK’ twice.

"Those chosen to represent the College and Scotland have already achieved so much and we look forward to see them showcase their skills on the national stage the competition provides.

“We invest in skills competitions because developing skills is at the heart of everything we do and showcasing this in competition enhances confidence while improving future prospects."

WorldSkills UK deputy chief executive Ben Blackledge said: “Not only do WorldSkills UK competitions offer the chance to really recognise and celebrate the excellence at all levels of the skills system, it is also proven way to help young people develop and go further, faster in their training and careers.”

WorldSkills UK competitions are run in more than 60 skill areas and are proven to help people go further, faster in their training and chosen career.