Students from New College Lanarkshire swapped their studies for the stage, the biggest in Scotland, after joining comedian Jack Whitehall on his UK tour, ‘Stood Up’.

BA Musical Theatre, HNC and HND Music students performed alongside the comedian at the SECC Hydro in Glasgow on 19 and 20 November.

They 10 students formed part of his final act, performing as backing vocalists and dancers in the explosive end to the show.

HND Music student, Chloe Hawkins, said: “It was great to be onstage with my fellow classmates at such a prestigious event.

“Jack was really welcoming and very complimentary of our performance.

“Having been on the music course for the second year running, we have gained a considerable amount of performance experience which has set us up all well for working at a professional level.” 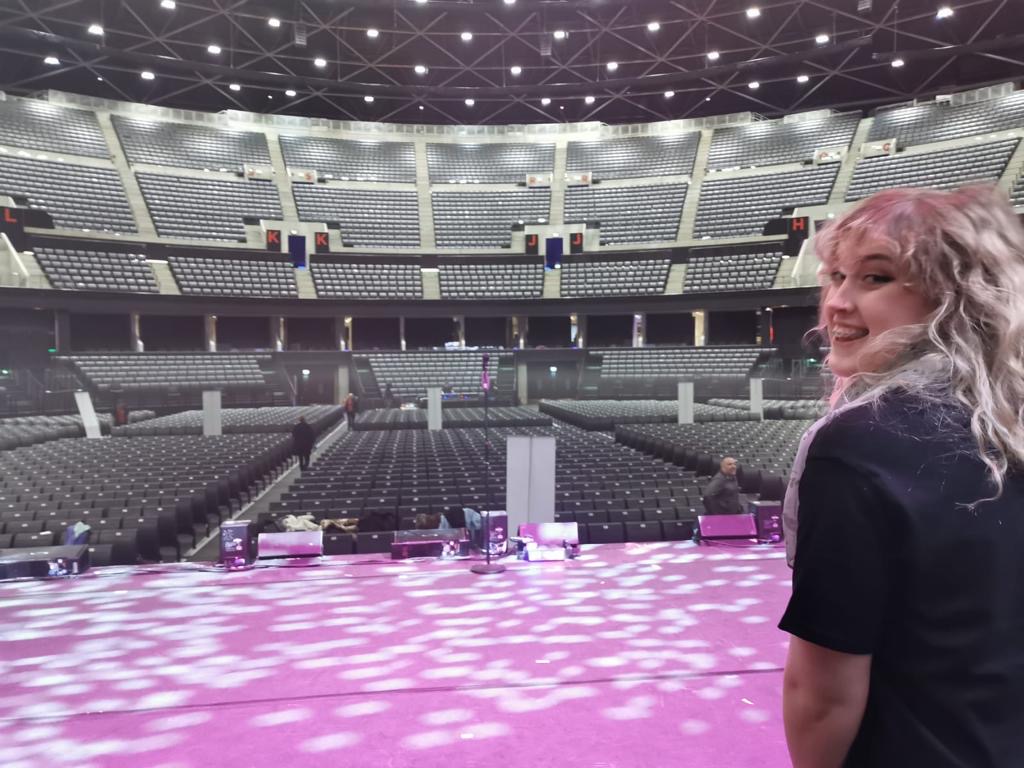 The students performed at The Hydro after a day of auditions at the College’s Motherwell Campus for the BBC’s Little Mix – The Search competition, which is looking for incredible singers to form a brand new band to support Little Mix on their UK Summer Tour 2020.

HNC Music student, Lauren Kelly, said: “We had a class in the morning, met with the BBC afterwards to audition, then rushed to the Hydro in Glasgow to meet with Jack and his team to get ready to perform.

“We are all having such a great experience in performance classes, while learning about the business side of things too and it’s events like this which make us all proud to be part of a course with such a great reputation in the industry.”

Lecturer Scott Cowie, said: “Our music courses have a great reputation across Scotland and beyond and we endeavour to provide all our students with the best and most varied experiences available.

“In the hunt for performers to join him onstage, Jack’s management got in touch directly – which I imagine comes after a year of fantastic publicity for the courses with our alumni including international superstar (and America’s sweetheart) Lewis Capaldi, Adam Warrington from Yungblud and the award winning Matthew McGoldrick from the Vegan Leather.

“I am exceptionally proud of how the students conducted themselves through these high pressure situations, showcasing themselves as true professionals ready for anything the industry throws at them.”