The head of the famed Uddingston family biscuit manufacturers was honoured at the first of two glittering ceremonies held at Glasgow Royal Concert Hall.

Graduands were told how Mr Tunnock attended night school to learn his trade as a baker and has since grown the company to export biscuits to more than 300 countries. 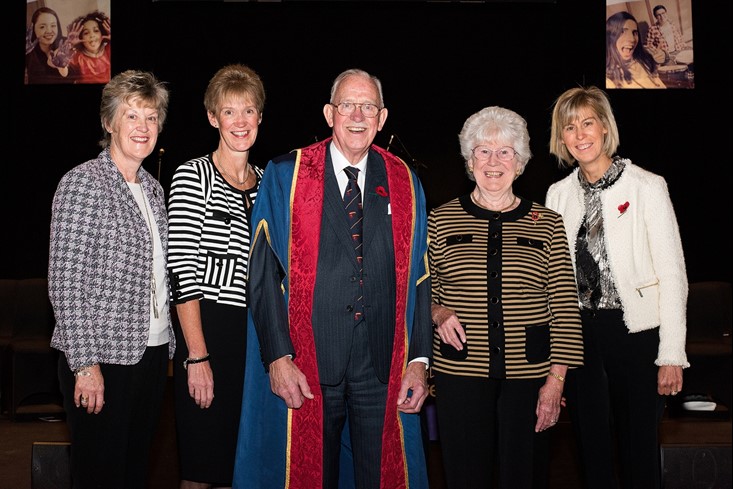 Students gave him a standing ovation at the end of his speech, which was witnessed by his wife Anne and the couple’s three daughters, Karen, Lesley and Fiona.

At a second ceremony, Rt Honourable Frank Mulholland QC also received a Fellowship for his services to Lanarkshire.

He was joined at the ceremony by wife Marie and his parents, Charles and Jean. 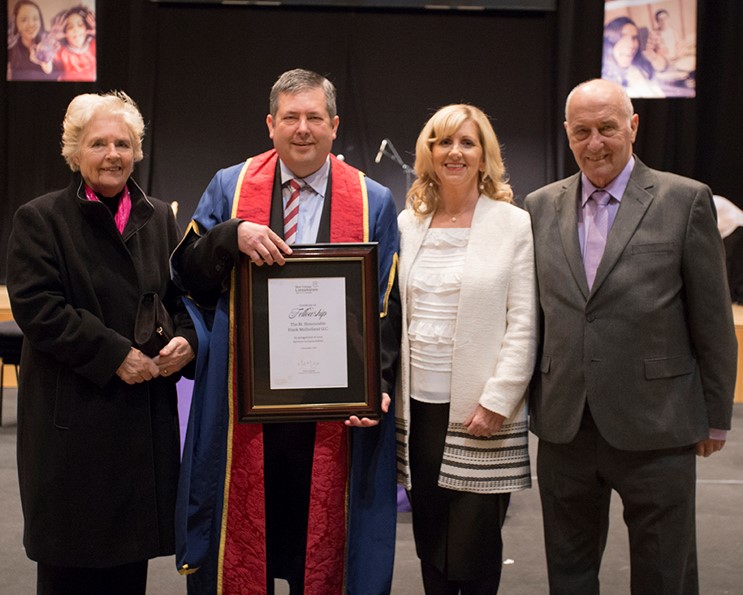 Born and bred in Coatbridge, the former chief law officer is a temporary judge and soon to be appointed as a Senator of the College of Justice. He has dealt with a number of high profile prosecutions, including the Lockerbie bombing and murders of Vicky Hamilton, Arlene Fraser and Karen Buckley.

He has recently worked with Legal Services students from the Motherwell Campus on producing a guide to Scots Law for refugees and asylum seekers. The guide, Project Safe, was launched at a Hate Crime Conference at Hampden Park earlier this year where it received backing from First Minister Nicola Sturgeon.

Similarly, New College Lanarkshire also a strong partnership with Tunnock’s. Since 2012, Hospitality staff have delivered Modern Apprenticeships in Food and Drink Operations at the Uddingston factory to support local young people into education and training.

The Fellowships are the first to be awarded by New College Lanarkshire. 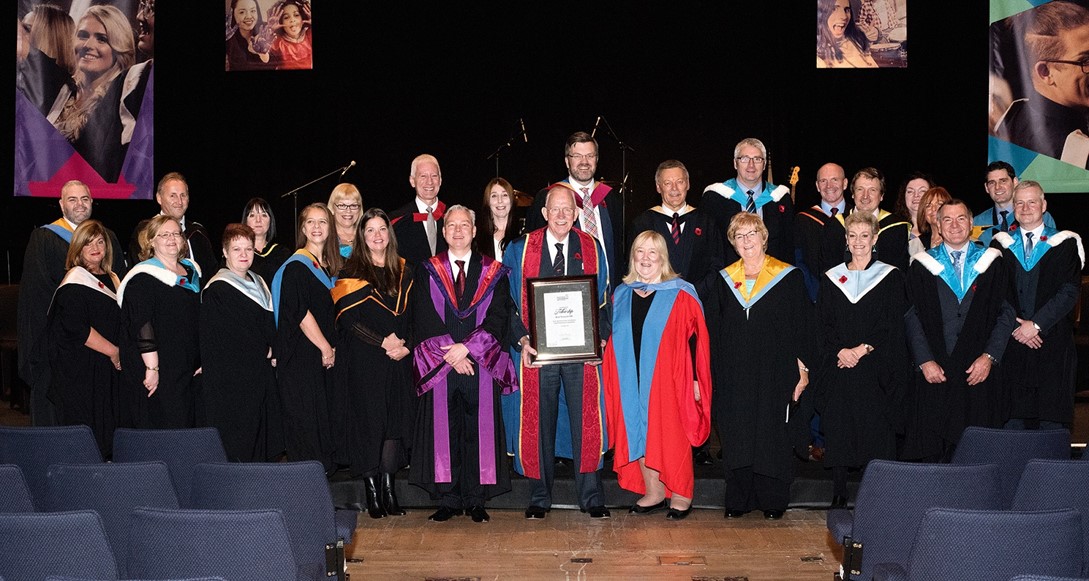