A renowned record producer dubbed the ‘Godfather of Grunge’ has inspired New College Lanarkshire students after topping the bill at their music conference.

Grunge icon Jack Endino, who produced early albums for Nirvana and Soundgarden, flew over from his home in Seattle to attend the annual Question Session music convention organised by Music Business students from our Coatbridge Campus.

And during his short stay in Scotland, he also accepted an invitation to speak with Sound Production students at our Cumbernauld Campus. 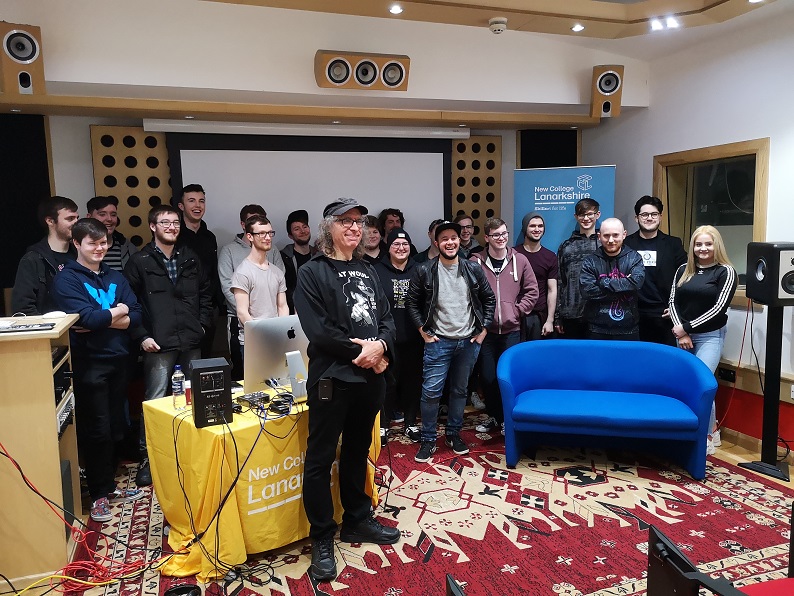 Now in its fourth year, the Question Session conference incorporated a packed day-time programme of talks and workshops at the Lighthouse on Mitchell Lane in Glasgow, immediately followed by a live music event at the Old Hairdresser’s on Renfield Lane featuring acts such as Marcin Pietruszewski, L-space, Ransom FA and Annie Booth.

Producer and musician Jack Endino was one of a number of influential names invited to speak at the event, which also included Vic Galloway, Tim Hall, Ableton, Katie Malcolmson, Des Clarke and Ann Harrison. 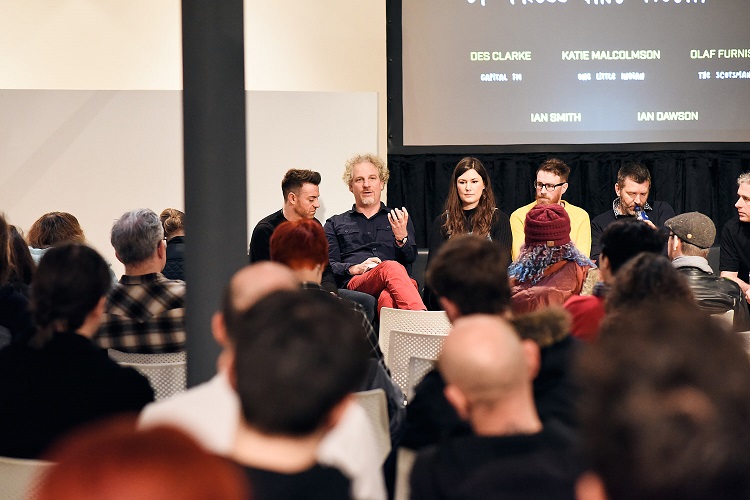 David Culbert of Help Musicians UK commented: “It was great to be part of Question Session again. All the students did a great job and it was a fantastic event.

“It’s a key date I feel on the conference circuit and musicians and those working in the sector should get along to it!”

Lecturer Gareth Whitehead added: “The day was very successful – feedback has been really positive and the event has progressed significantly since our previous ones.” 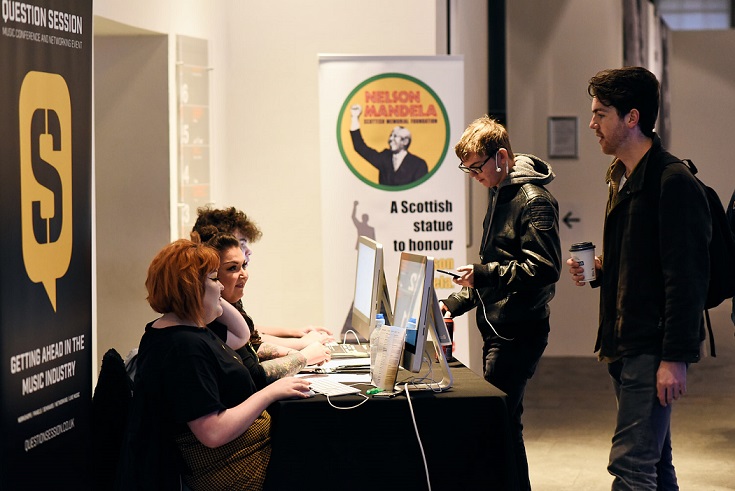 Meanwhile, on the day before the convention, Jack Endino gave a studio masterclass to 30 Sound Production students from the Cumbernauld and Coatbridge campuses.

Having produced seminal records for Soundgarden and Nirvana, he shared his philosophy on music, his views on studio technology and his approach to recording and mixing, alongside recounting anecdotes from his illustrious career.

Lecturer Ruaraidh Sanachan said: “This was a fantastic opportunity for New College Lanarkshire Creative Industries students from multiple disciplines to work with a legendary industry figure.

“Jack shared fascinating insights with our Sound Production students at the studio masterclass.

“The following day, he participated in discussion panels and seminars at the Music Business department’s Question Session event.

“I am thrilled we were able to bring Jack to Scotland for these events.”

Watch a video from the Question Session:

Read more about our courses in Music Business and Sound Production here: