Project a winning combination for Art and Automotive students

Students and staff from New College Lanarkshire have been celebrated at a prestigious automotive industry event after an award-winning cross-faculty collaborative project.

Both Automotive and Art & Design students were awarded at the Scottish Motor Trade Association (SMTA) C.A.R Star Awards, which recognises community activity in the industry, which was held in the Radisson Blue Hotel in Glasgow on 1st November 2018.

Their combined talents helped to create the award-winning design for a promotional car for Ben – an independent charity and partner of the automotive industry. Art and Design students were tasked with creating a bespoke design for a Mercedes-Benz A-Class, which was further adapted by Automotive Refinishing students to create the final result which was showcased at the SMTA annual dinner to hundreds of representatives from the industry. 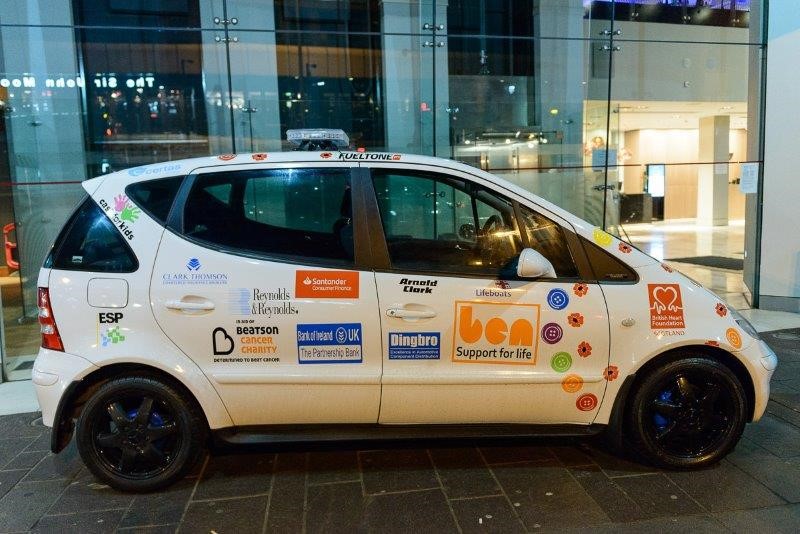 The design was selected as the winning design for Ben, and will now be donated to the Scottish Motor Racing Club for exclusive use at Knockhill Racing Circuit in the coming year.

Sandy Burgess, CEO for SMTA, said: “The NCL team really stood up to the mark, taking the old and battered Mercedes and finishing it to the outstanding vehicle it is now – a true testimony to the skills of the students and the commitment of their tutors.”

The team were presented with an award for the design as well as a wall plaque which will be displayed in the College workshop. 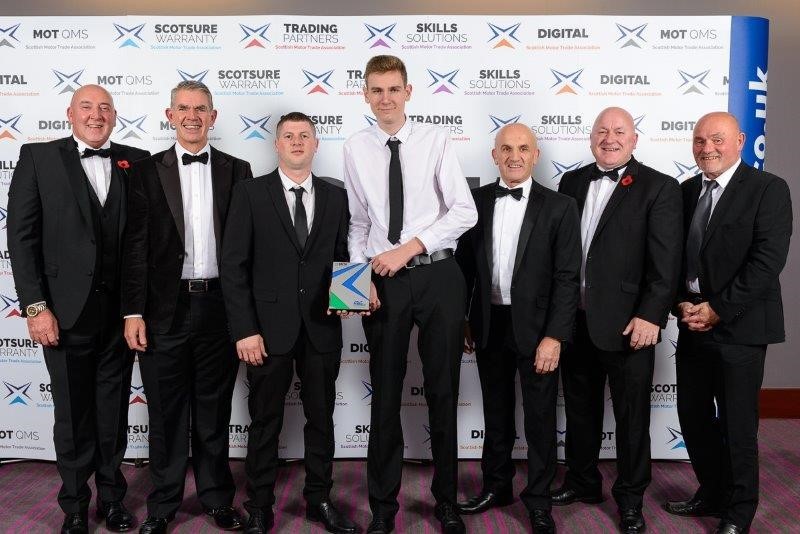 The awards didn’t stop there, as a Cumbernauld student was also recognised as Scottish Light Vehicle Student of the Year at the awards, after winning the AutoSkills Scotland competition run in the College’s Motherwell campus in April this year. Stuart Cochrane was named the best of the seven top competitors from across Scotland in the competition.

David Massie, Competition Manager at the Institute of the Motor Industry, said: “We have had great success from scots in other skills and it’s time we put a Scottish automotive apprentice on the podium.” 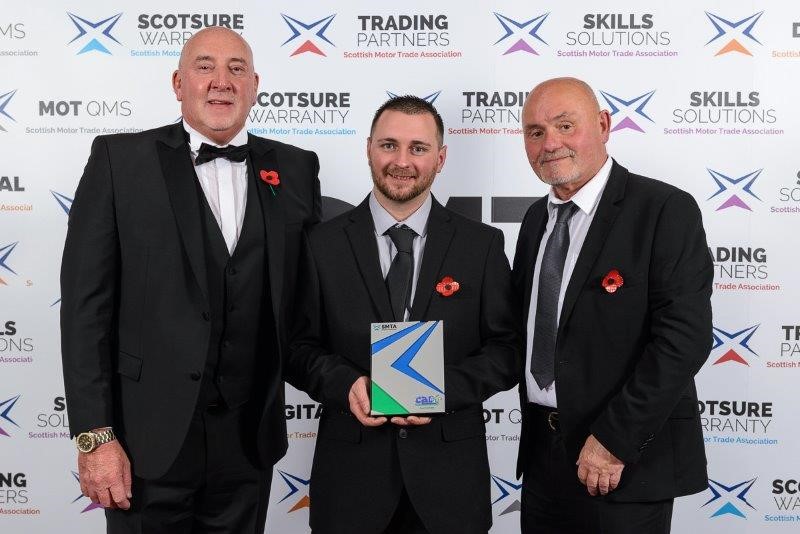 Robert Brown, Assistant Head of Faculty for Engineering and Automotive at New College Lanarkshire, said: “The SMTA Dinner is an extremely prestigious event held to celebrate the Scottish automotive industry, so it was a fantastic accolade and testament to the Faculty that a number of our students and staff were celebrated at the awards.

“The collaborative project between automotive and art and design was a huge success and one which gives our students experience of working with other industries, giving them a chance to extend their skillset while working to a live brief. It was a fantastic achievement for the car to be on show on the night and we can’t wait to see it in action at Knockhill.

“Congratulations also to Stuart who thoroughly deserved the recognition on the evening after performing fantastically at the competition held earlier in the year.”

Information on Art and Design courses can be found here: https://www.nclanarkshire.ac.uk/courses/art-and-design