New College Lanarkshire student Alexander Thomson is on track to a career in athletics after impressing at a Scottish Student Sport event at Glasgow’s Emirates Arena.

The 18-year-old from Hamilton, who studies NQ Level 4 Access to Sport and Fitness, competed in the first Scottish Student Athletics Opening Match. 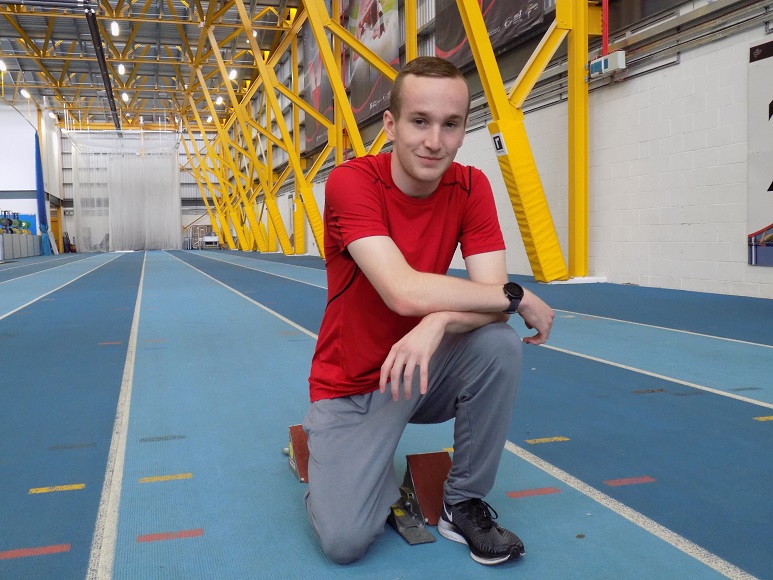 Alexander was one of only two students to represent a college at the event, with the majority drawn from Scottish universities.

He competed in both the Men’s 200m and 400m distances, winning his first heat in the 200m and finishing in fifth place in the 200m final. 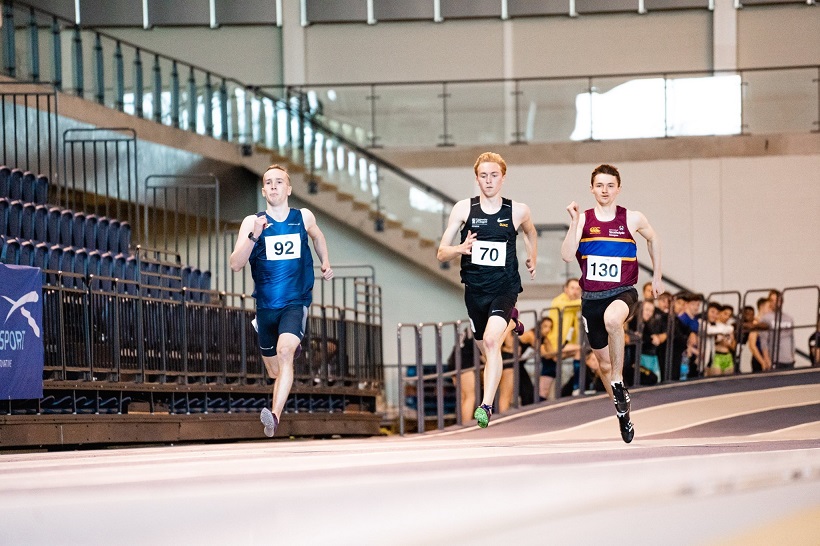 As a sprinter, Alexander is making a name for himself in both mainstream and disability athletics.

The ex-Hamilton Grammar pupil combines his studies at our Motherwell Campus with participating in national and international athletics events.

Alexander was the only athlete at the Emirates student event to have a disability classification. He is categorised T38, which is a classification for athletes with cerebral palsy.

In March, he won a silver medal in 400m at the Special Olympics World Games in Abu Dhabi, where he also finished in fifth place in the 800m final and fourth in 4x100m relay.

He represented Great Britain at the World Para Athletics Junior Championships in Switzerland in August, finishing in fourth place in both 100m and 200m.

Furthermore, a good performance from Alexander at the European Championships in Poland in June could lead to selection for the GB Paralympic team for the Tokyo 2020 Paralympic Games.

Alexander trains several times a week with Whitemoss Amateur Athletics Club, which is based at John Wright Sports Centre in East Kilbride.

He said: “I used to play rugby when I was younger, and I decided to take up running when I was about 13 or 14. It was hard at the start, but it’s got easier as I’ve kept at it.

“My dad, who’s also called Alexander, encouraged me. I think he saw something in me – he used to run long distances, but I’m a sprinter.

“My long-term goal is to become a professional runner, and if not that, then I want to be a personal trainer or an athletics coach.”

Alexander was supported in competing by the Learner Engagement team and Students’ Association, who covered the cost of his entry fees. He was also cheered on at the day-long event by Student President Calum Smith.

His lecturer Chris Wilson said: “Alexander is a conscientious, diligent student who is a pleasure to have in the class.

“We try to prepare students like Alexander as best we can so they can balance their academic and sporting interests, often by giving them coursework in advance to allow them to attend international competitions and meetings.

“We also try to build in study skills they will need while they are away, and they can always communicate with us by email.

“We have a lot of students who are involved at a high level in their chosen sport and as a college we are keen to support them wherever we can.”

Sign up to learn more about Sport courses starting in 2020: