A student from New College Lanarkshire has made it through to national qualifiers for the UK’s ‘skills Olympics’ for Automotive Refinishing after gaining first place in a regional competition.

Stephen Craig won the Scottish heat of the Auto Skills Scotland competition, an annual competition led by the Institute of the Motor Industry (IMI) to give automotive students and apprentices the chance to compete to be named best in the UK for their trade. 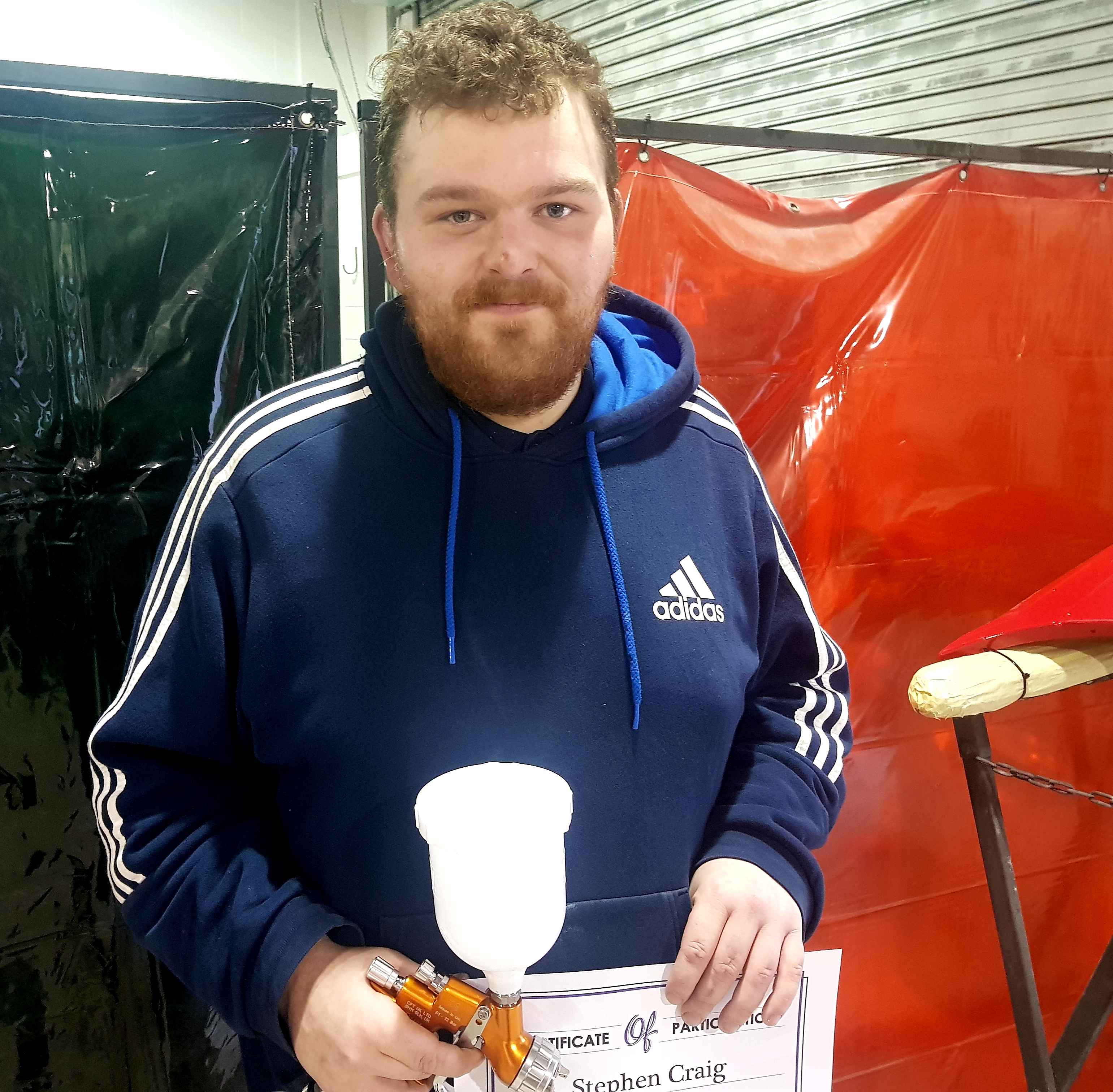 The competitors completed four tasks over the full-day competition including preparation, prime and painting of a new panel; removal of a scratch by polish repair; repair of a plastic component and colour identification.

The tasks were then assessed and marked by the judging panel - made up of lecturers from Edinburgh College, West College Scotland and New College Lanarkshire. 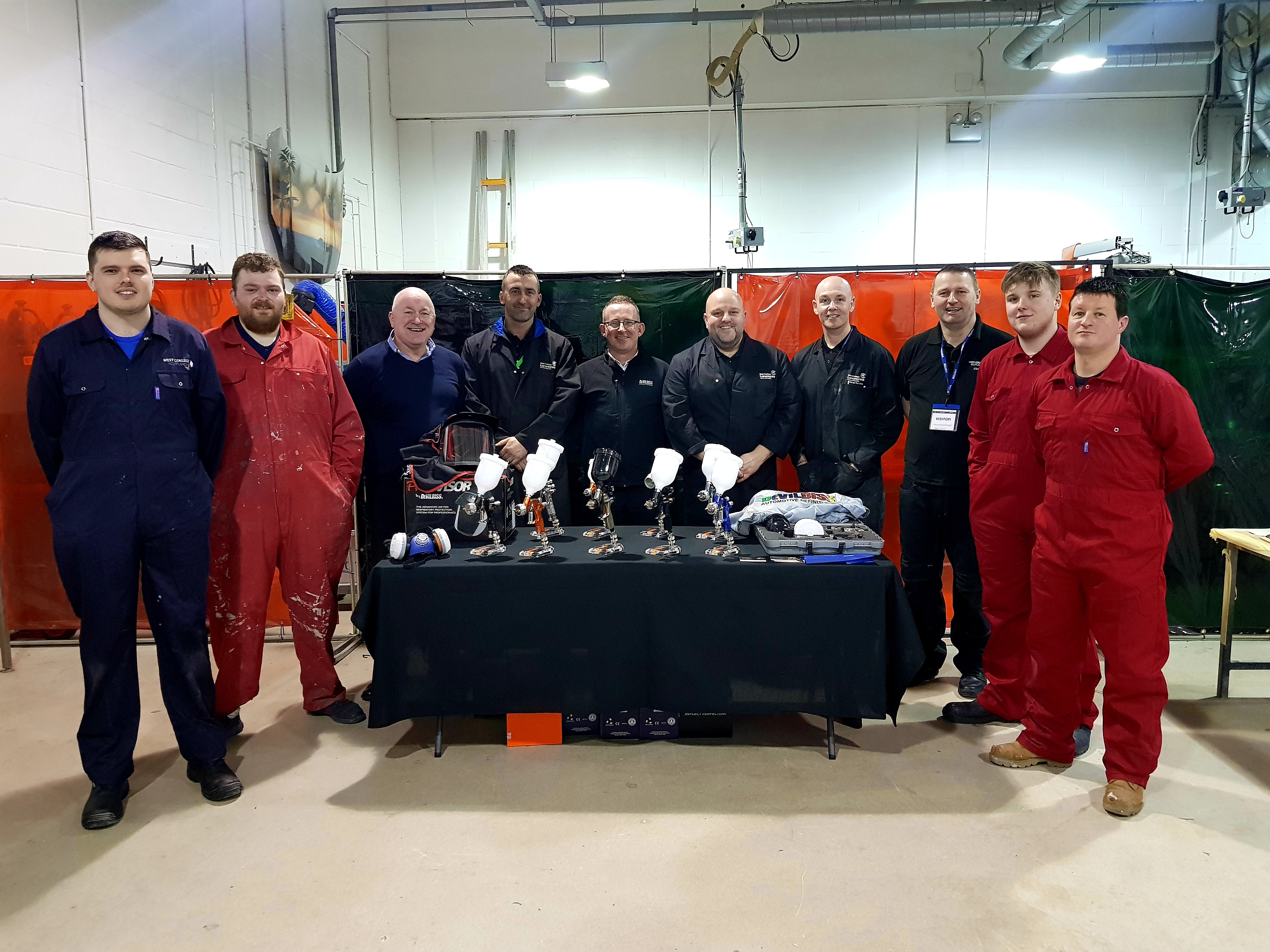 Stephen will now go on to compete against 18 of the best automotive refinishers from across the country in May at the 3M Accident Repair Training Centre in Atherstone, hoping to gain one of six places in WorldSkills UK LIVE national finals held annually in November at Birmingham NEC.

If successful, Stephen will be the first New College Lanarkshire student to compete in the Automotive Refinishing national competition, hoping to add to the College’s winning streak after it was named the number one institution for skills in the UK in 2019.

The 25-year-old, who is in the second year of the IMI VRQ Accident Repair Paint Principles course at NCL’s Motherwell Campus, said: “It was great to be part of the competition and even better that I won.

“I’ve never really took part in anything like this before so it was a good learning curve and it was interesting getting to use all the high-tech products and materials.” 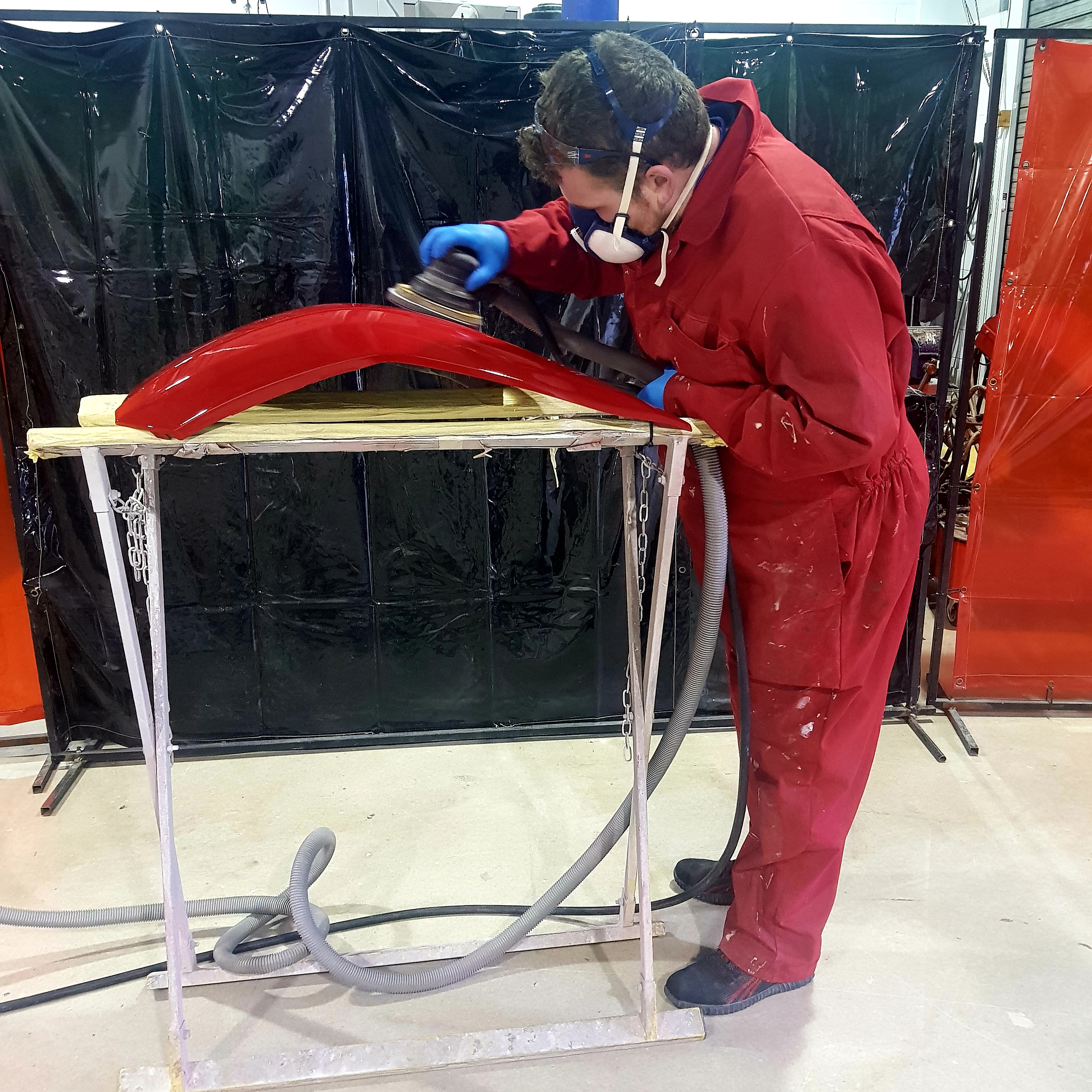 As well as his studies, the former HGV driver owns a vehicle customisation shop, SC Hydrographics. He applied to the College in the hope of brushing up his existing skills and gaining a qualification to help him expand his business.

He said: “Getting to compete in WorldSkills UK will be positive for my future and my hopes to make my business as big as it can be. I will just take the competition as it comes and hopefully if it is to be, it will be!”

David Massie, Skills Competition Manager at the IMI, said: “It was great to see the commitment and and enthusiasm for their skill from our competitors, all of whom performed well under the pressure of competition.

“Stephen now has an exciting next stage in his competition journey and I have no doubt will represent the college and indeed Scotland, very well at 3M in the summer. I wish him every success.” 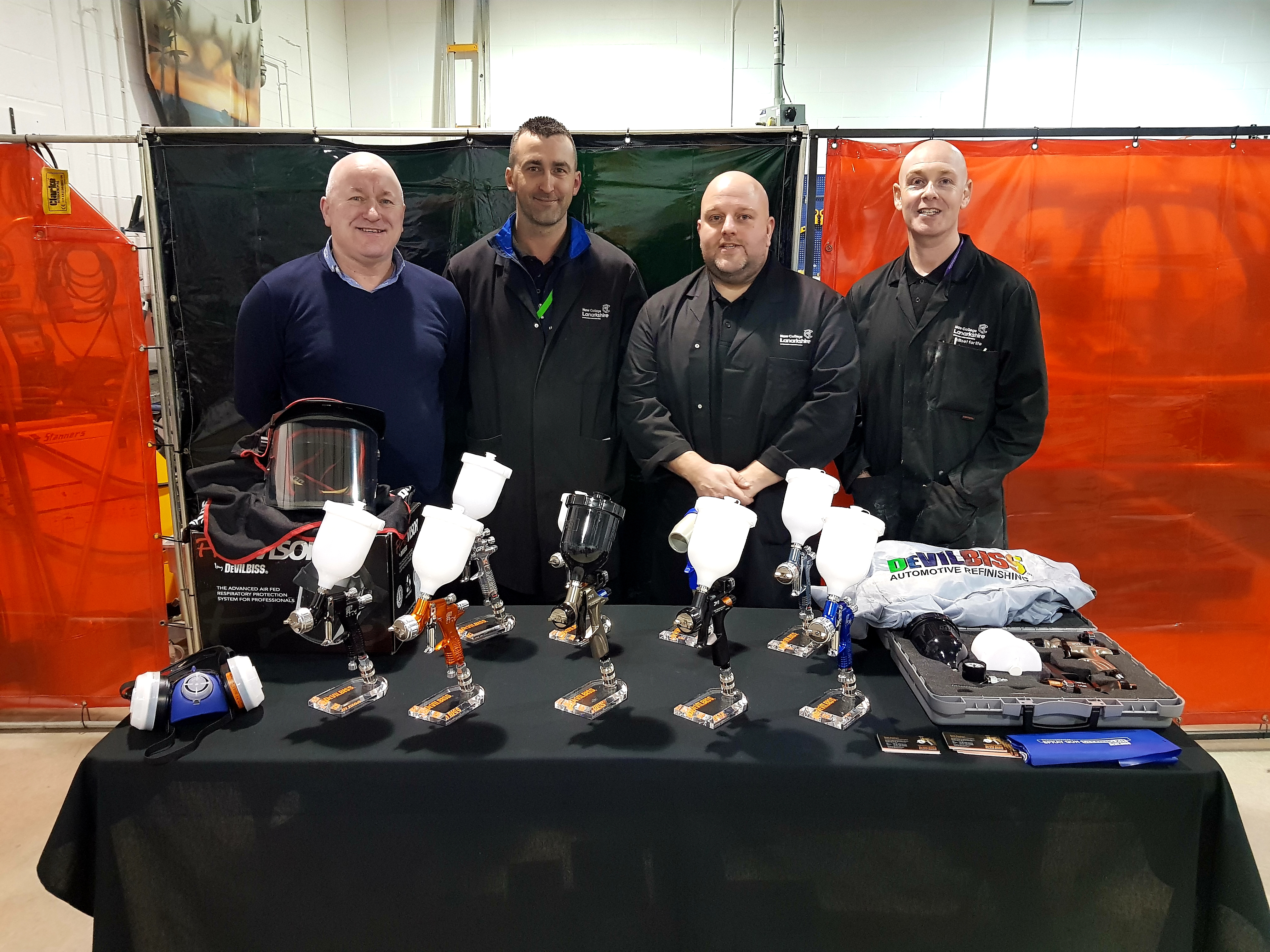 His success will also be celebrated at the Scottish Motor Trade Association’s annual dinner in Glasgow in October, where he will be presented a trophy for his achievement. 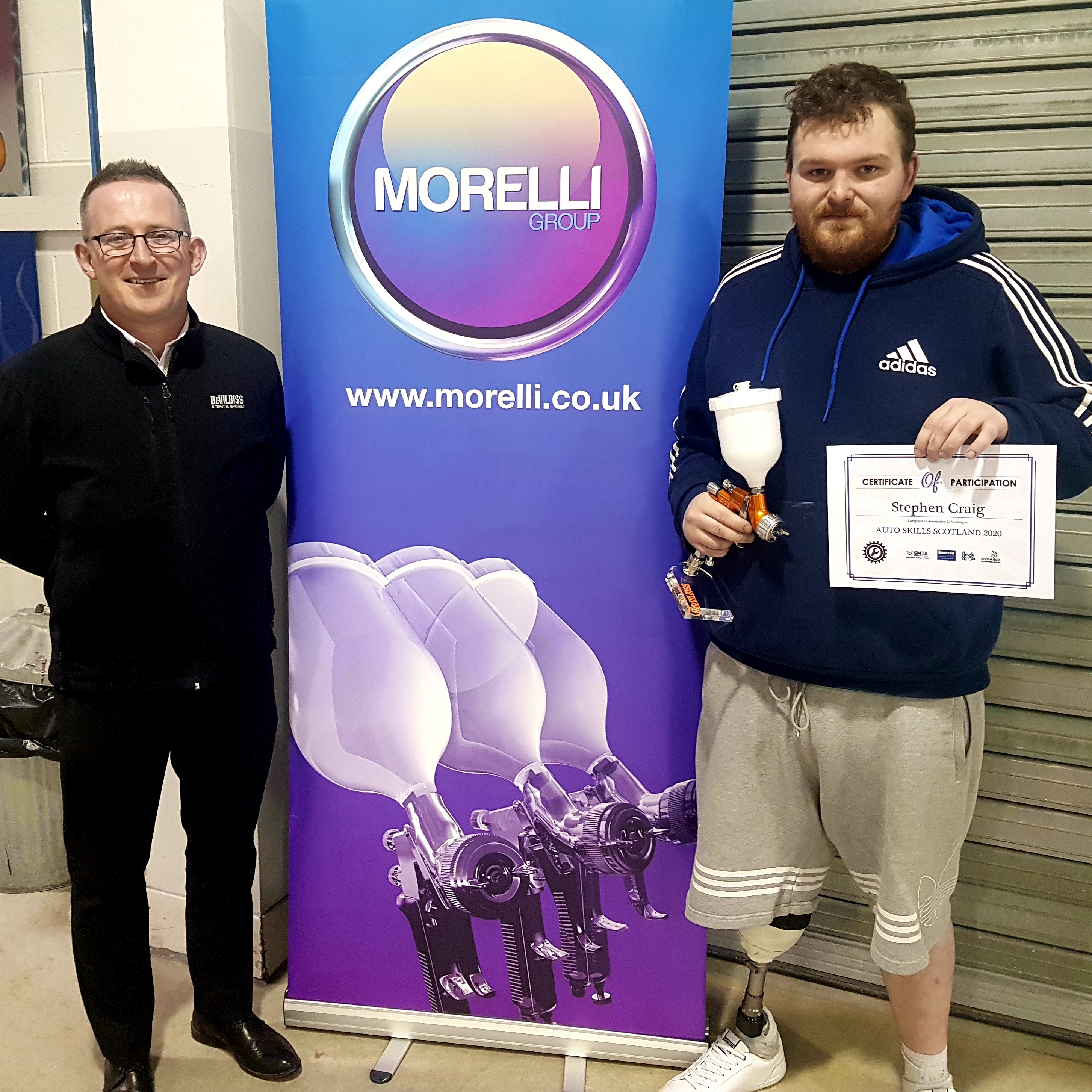 Robert Brown, Assistant Head of Faculty for Engineering and Automotive, said: “We are delighted to see Steven win the regional heats as it highlights the magnificent training, resources and facilities we have at New College Lanarkshire.

“It was also an honour for the College to host such an event and have the opportunity to liaise closely with the Institute of the Motor Industry who run the UK national Skill Auto competitions.

“It is really important to the Faculty that our learners have the opportunity to be involved at both regional and national level, competing against the best in the UK and, hopefully in the future, against world-class competitors.”

New College Lanarkshire offers a range of Automotive courses delivered in specialist workshops in its Motherwell and Cumbernauld Campuses. Applications are now open and more information can be found here: https://www.nclanarkshire.ac.uk/courses/automotive?date=&duration=&campus=