Children at Firtrees Nursery in Motherwell had an early Easter treat with a visit from superheroes with sparkling superpowers.

A team of window cleaners dressed as Captain America, Spiderman and Superman scaled the walls to clean the glazing on the nursery roof.

They waved to children from the 3–5s area who were assembled in the corridor below the skylights, and afterwards handed out chocolate eggs. 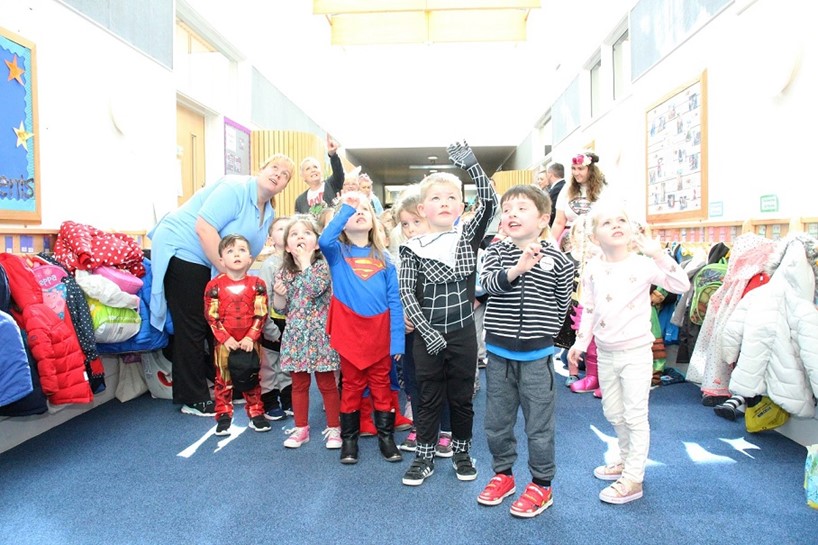 The visit coincided with a class superhero project that is aimed at raising attainment and literacy levels.

The topic of superheroes was chosen as part of the Curriculum for Excellence to help engage pre-school boys in particular in the early stages of reading and writing.

The nursery, which is located in the grounds of our Motherwell Campus, caters for up to 282 children aged from six weeks to 16 years old. 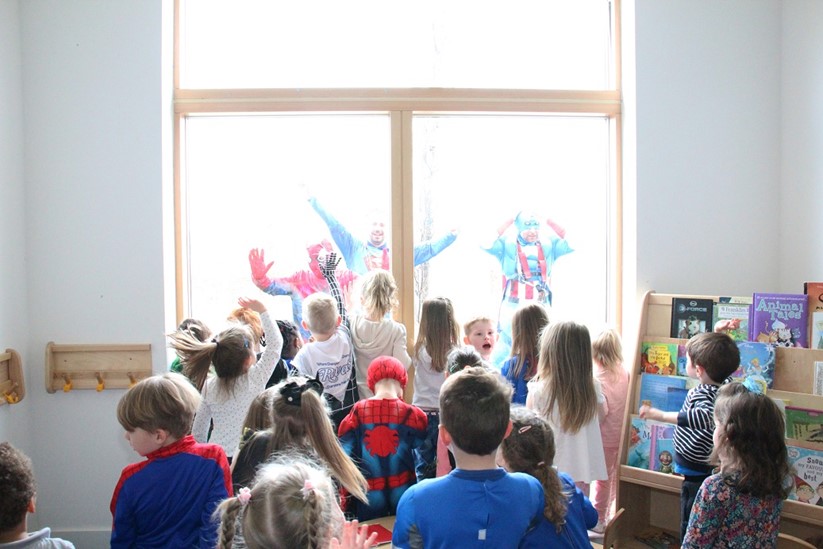 Nursery manager Claire Gemmell said: “The children were delighted to meet the superheroes in person and it really helped bring to life and reinforce the focus of their learning within the playrooms.”

The event was organised by the College’s facilities provider ISS, which subcontracts cleaning of all windows at our Motherwell Campus to specialist firm Greig Avinou.

The janitorial and cleaning team from ISS also wore bunny ears and tails to help hand out the Easter treats. 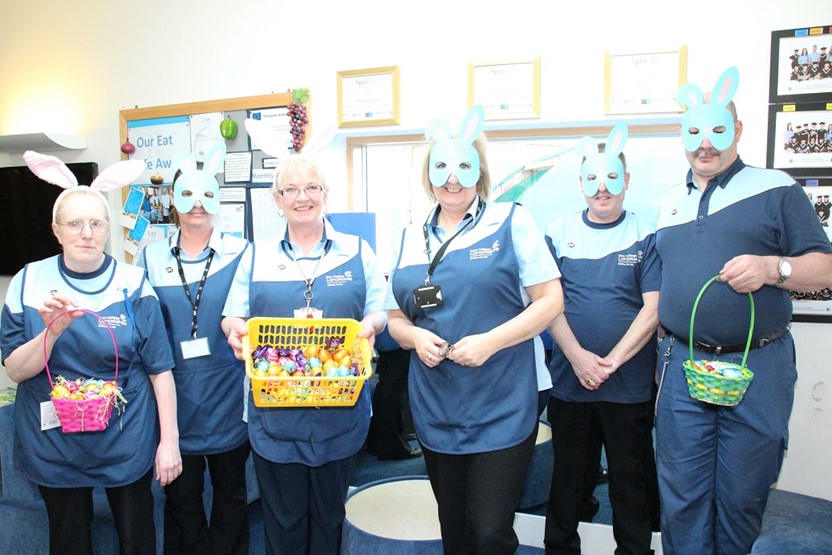 John McFarlane of ISS said: “When we were requested to have the nursery roof glazing cleaned, I saw it as an opportunity try something a little different and put a smile on the children’s faces.

“The children screamed with excitement when they spotted the superheroes working on the roof, which made it all worthwhile.

“ISS is always looking to exceed customer expectations and do things that set us apart from our competitors. If we can combine that with enhancing the student experience – or, in this case, the children’s experience – then I see it as a job well done.” 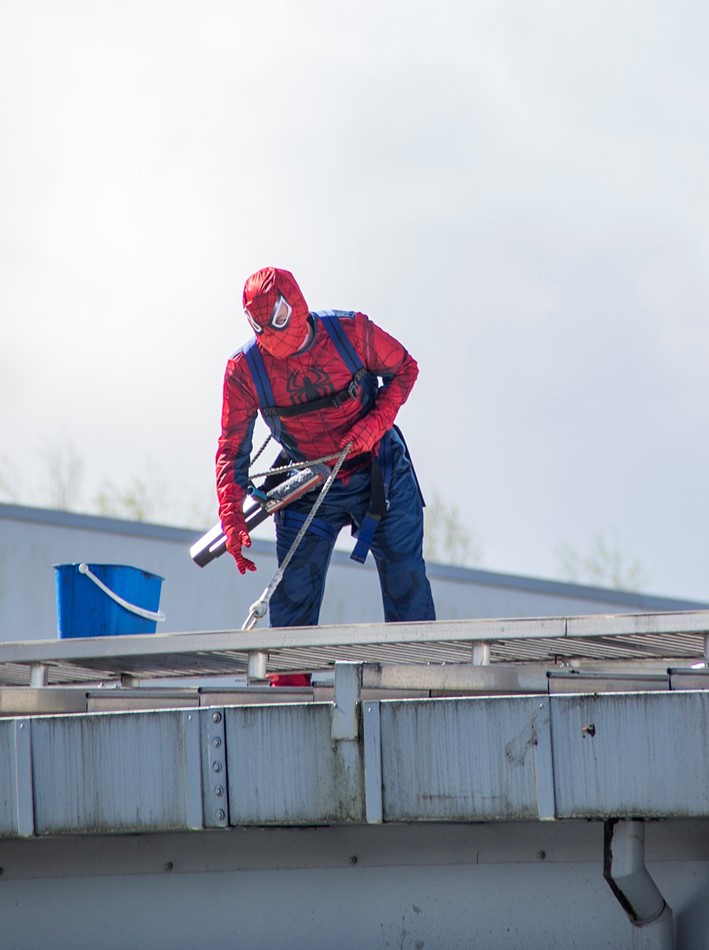 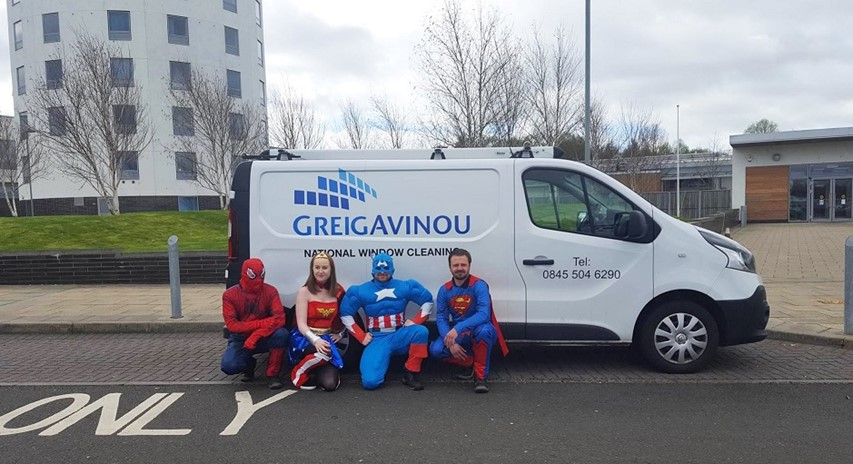 Alex Harris, business development manager at Greig Avinou, said: “The reaction from the kids was phenomenal and we were just pleased to be able to help out in Firtrees’ superhero project.

“We’ve never done anything on this scale before and we’re delighted that our employees really got behind the idea and supported it in the way that they have.”

Daragh Stewart, estates manager of New College Lanarkshire’s Motherwell Campus, said: “We always try to make the facilities throughout New College Lanarkshire engaging for people of all ages to learn, so this was a great idea that we knew would entertain the children – and our suppliers were more than willing to help.

“It turned an everyday task into something fun.”