New College Lanarkshire has retained its title as the best institution in the UK for skills provision, after coming out on top at the national ‘skills olympics’, WorldSkills UK.

The medal haul meant that we have topped WorldSkills UK’s medal leader board – and that’s the fifth time we’ve been the number one performing organisation since 2013.

More than 400 of the UK’s top apprentices and learners competed in the national finals – which took place at 21 venues across the UK in November – in an effort to be recognised as the very best in the UK in their field.

Twenty-four finalists representing New College Lanarkshire competed in the finals, after securing their place through excelling in the National Qualifiers in the summer. 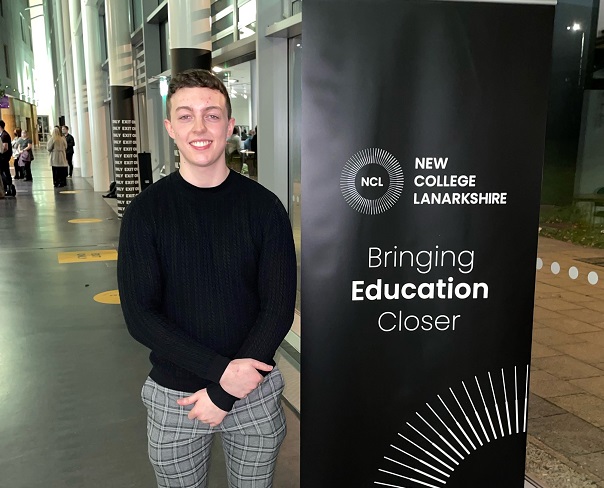 In the IT Support Technician competition, the gold medal went to Izaac Bharwani (below left, with lecturer Ian Hunter), with Christopher Nairn winning bronze, while Greg Johnston was highly commended. 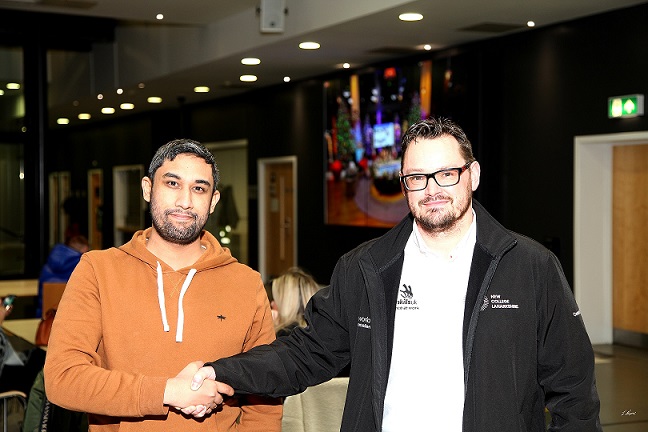 In the IT Software Solutions for Business category, Fiona Stewart won silver, while Zoe Lazenby-Carroll received the bronze award in the same competition.

In Mechanical Engineering: CAD, the gold medal was claimed by Clark McGeechan (below), while Imogen Wright was highly commended. 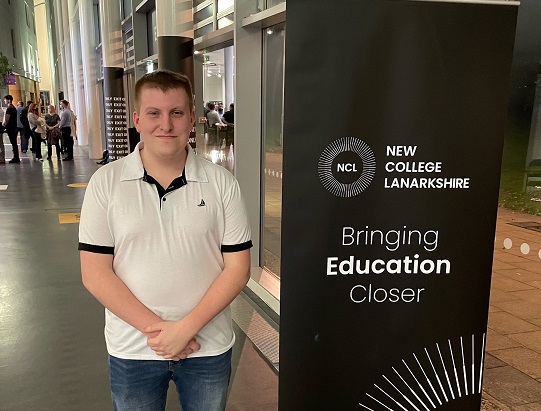 The final NCL medal went to Jamie Easton, who was announced as silver medal winner in the Commercial Make-up competition.

The winners were announced by TV presenter Steph McGovern, in a special event which was live-streamed from her Packed Lunch studio on Friday 26th November. During the broadcast, Steph chatted with NCL graduate Minahil (Mona) Nawaz. 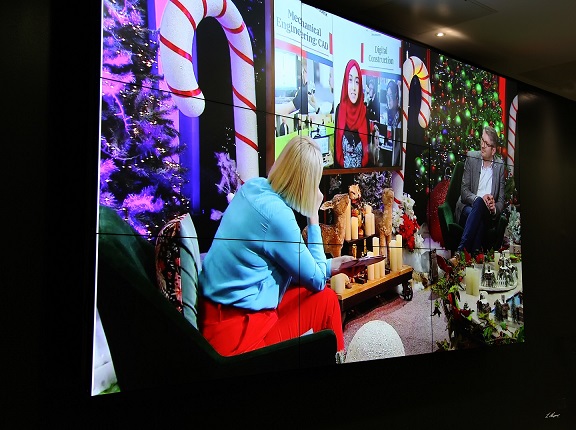 Professor Christopher Moore, Principal and CEO of New College Lanarkshire, said: “The outstanding successes of our students has meant that New College Lanarkshire has retained its position as the number one institution in the UK for skills, after we also came top in 2019 and the 2020 competition was cancelled due to the Covid-19 pandemic.

“This is a fantastic achievement – a clear demonstration of the skill and dedication of our staff and the talents and hard work of our students. I wish each and every one of them my congratulations and very best wishes.” 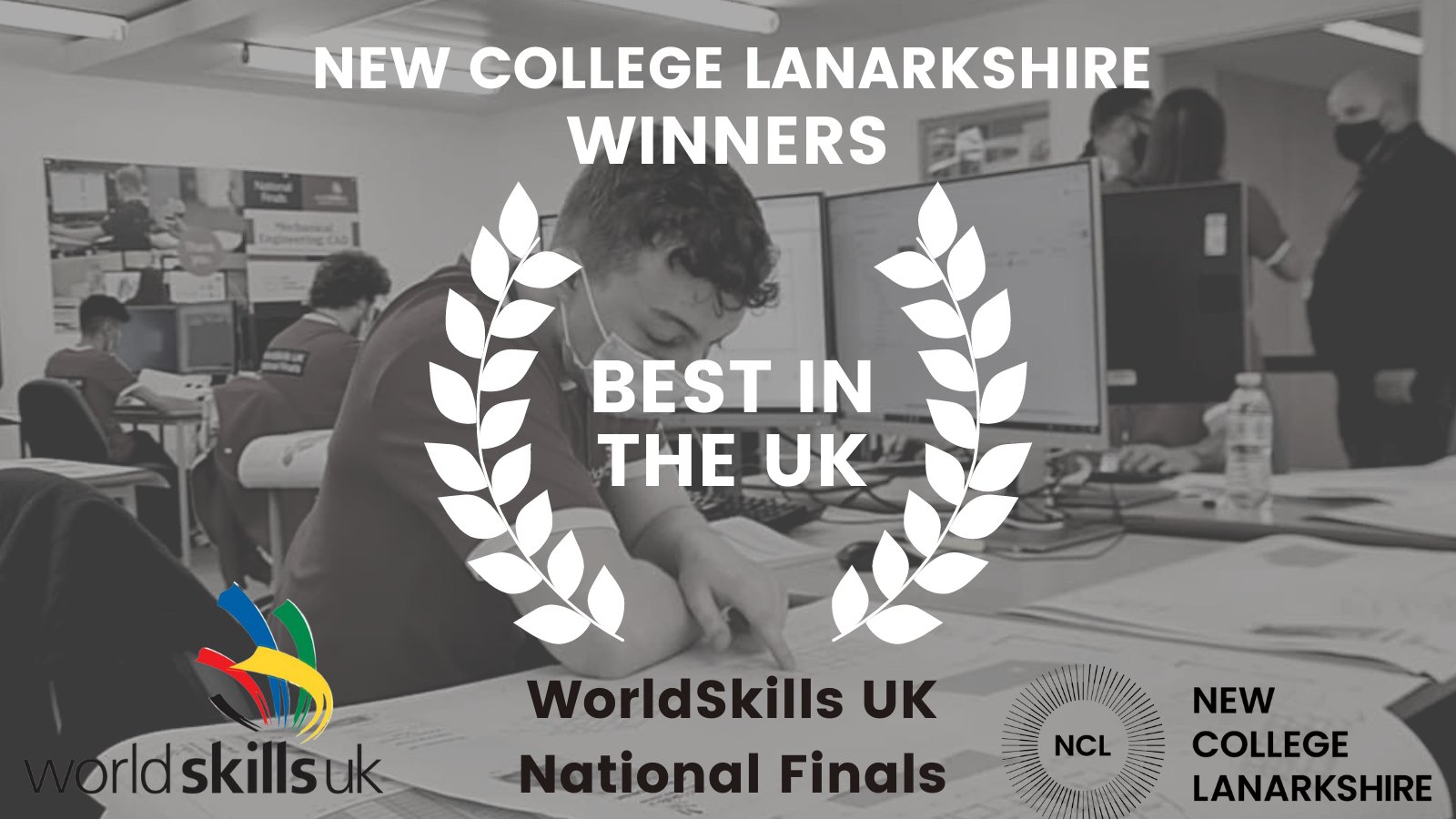 Matthew Smith, Dean for Academic Planning and Innovation and WorldSkills lead for the College, said: “I am so proud of all 24 students who competed in the WorldSkills UK finals, in what was a challenging year with the ongoing Covid-19 restrictions. They trained so hard and really gave it their all. Being named number one in the UK for skills once again is a testament to these students, and to the hard work and commitment of staff who work tirelessly to ensure our students are ready for this competition. I’d like to personally thank all the staff who spent countless hours training and mentoring, as well as those who ensured that the WorldSkills UK categories that were hosted here at NCL’s Motherwell Campus were a great success.”

Martin McGuire, WorldSkills UK Director for Scotland said: “Congratulations to all competitors from Scotland on another terrific medal haul at the National Finals. It’s of great credit to them, and their tutors, and a fantastic endorsement of our skills system. These young people are a real inspiration. They have excelled after one of the most difficult years anyone can remember and their dedication and drive has been second to none.”

Award winners will now be considered to join the training programme for WorldSkills Shanghai 2022.