BA Musical Theatre students provided the entertainment at an extra special day out organised by When You Wish Upon A Star.

The charity took around 70 youngsters with life-threatening conditions and their families on board a luxury train trip to meet Santa at Glamis Castle.

Fifteen students from the College donned pyjamas to board a Polar Express-themed journey from Edinburgh Waverley on board the Belmond Northern Belle, which is sister train to the Venice Simplon Orient Express. 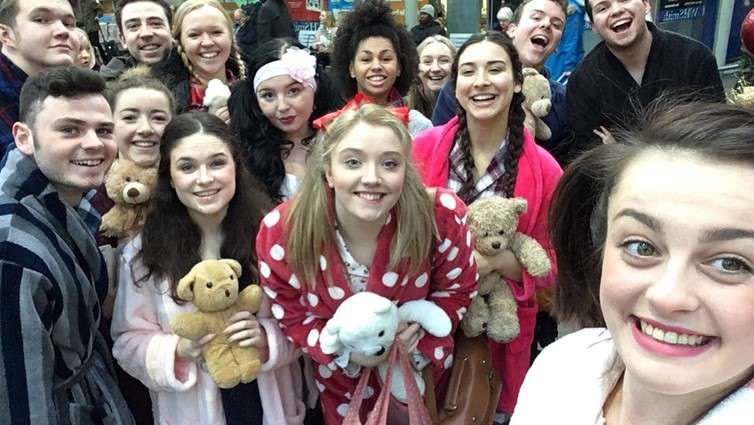 They sang and danced with youngsters at a disco held in the drawing room of the 600-year-old Angus landmark.

Student Chloe-Jane Crawford said: “The best thing about being with the children at Glamis Castle and on board the Northern Belle was being able to make the children and their families smile during such difficult times for them.”

When You Wish Upon a Star is dedicated to granting the wishes of children aged 2-16 with life-threatening illnesses, and since 1990 has granted more than 16,500 wishes across the UK. 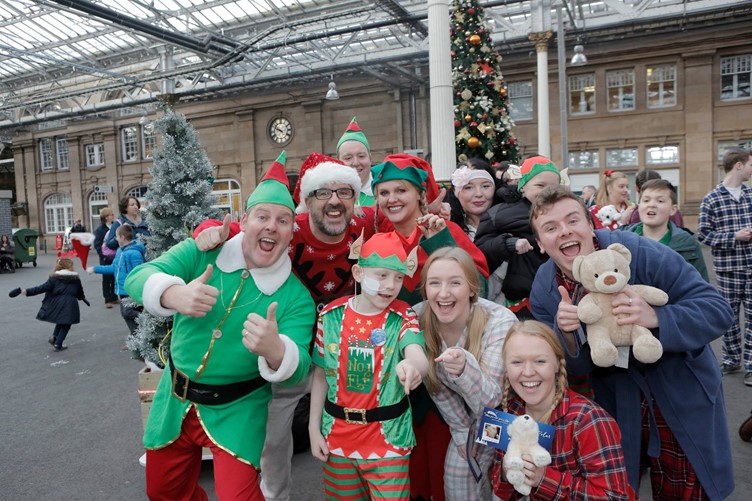 The College has a close relationship with the charity, donating all proceeds from its programme sales and enlisting students to perform at events.

A spokesperson for When You Wish Upon A Star said: “The students were all exceptional and very talented.

“Thank you once again for helping create such magical memories on the day.” 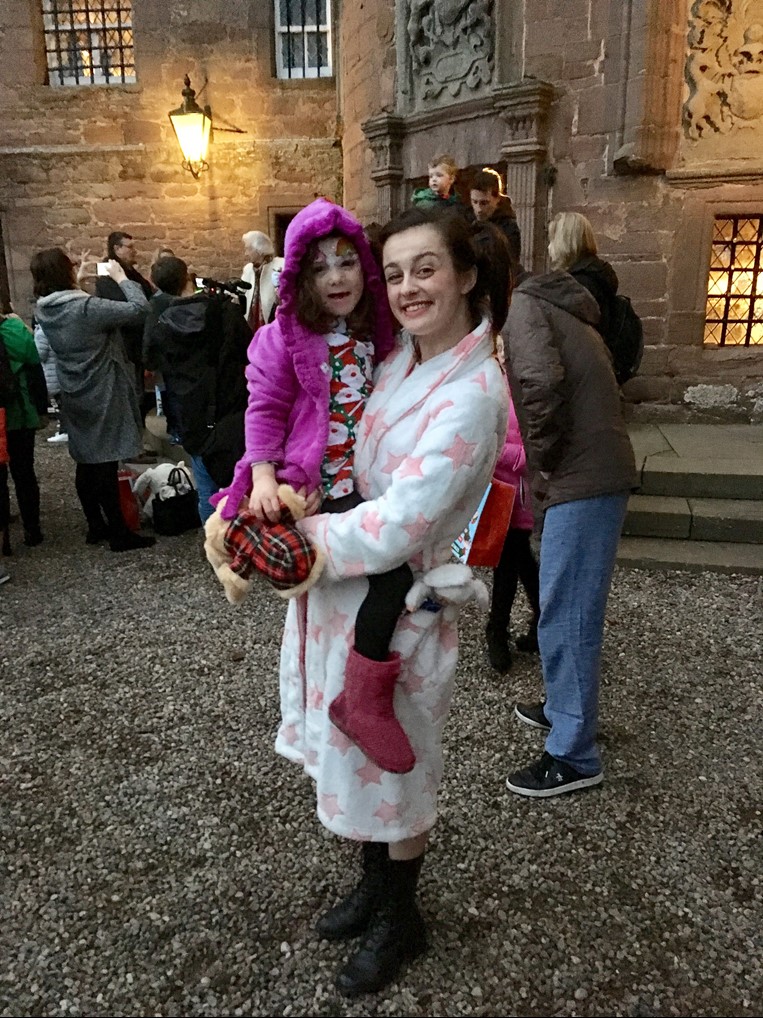 Gillian McLaren Scott, Curriculum and Quality Leader for Performing Arts, said: “Performing Arts students at New College Lanarkshire have been raising money for the When You Wish Upon a Star Charity for two years now.

“It is important that all of our students are involved in activities that help the local and wider community to gain citizenship skills.

“The students were overwhelmed by the Glamis Castle event and have already committed to future fundraising events throughout this year.

“The money raised by the students will be presented to the Charity at a concert in 101 Park Street in June.”