A New College Lanarkshire student has won a Medallion of Excellence at a major European skills contest.

EuroSkills brought together almost 500 of the most talented young people from 28 countries to compete in 35 different skills areas at the Swedish Exhibition and Congress Centre.

The 20-year-old, who lives in East Kilbride, was the only female to compete in her category of Mechanical Engineering Design CAD (Computer Aided Design).

She said: “It was a great experience to be part of a team of people who are all there for the same reasons as you are.

“It was a really difficult task and each day was more challenging than the day before.

“I’m really happy with how I did and winning the Medallion of Excellence; it’s great to know that I’ve reached international standards.

“I got quite a lot of attention for being the only female in my category, but hopefully in the coming years there will be more females in that part of the competition.”

The three-day contest involved Betsy completing a different module each day: first, creating a 3D model of a physical product; secondly, creating assembly instructions for components; and finally reverse engineering a component from her own measurements. 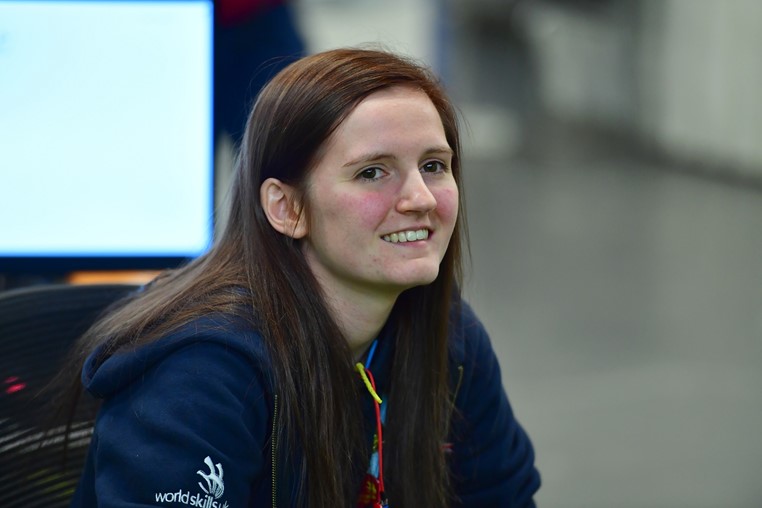 Having completed HND Computer Aided Draughting and Design (CADD) earlier this year, and working for a time in industry, she recently returned to our Motherwell Campus to study HNC Mechanical Engineering to widen her career options.

The former pupil of Calderglen High School was selected to represent Team UK after winning a silver medal at the national finals of WorldSkills UK in Birmingham in November 2015.

Eight members of the 22-strong Team UK received a Medallion of Excellence signifying achieving the highest international standards in their chosen skill.

Moreover, she is in contention to represent the UK at global contest WorldSkills Abu Dhabi in 2017.

Assistant Head of Faculty of Engineering & Automotive, Barry Skea, who is the WorldSkills UK Expert for Mechanical Engineering CAD, said: “Betsy has grown massively in confidence from her first year in College to where she is now, competing against the very best in Europe. 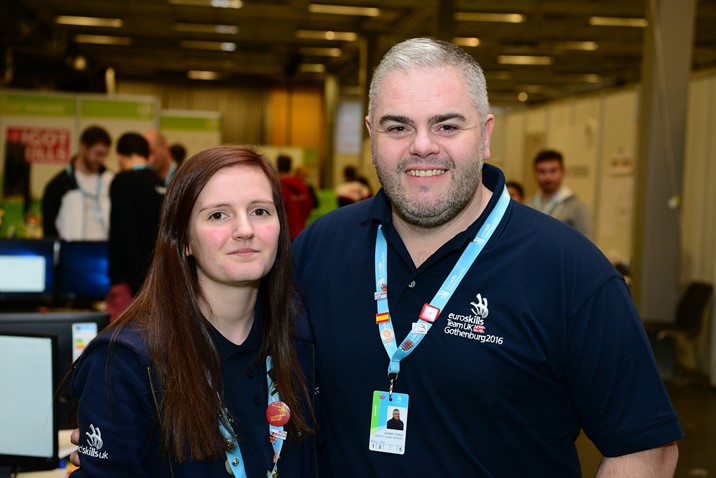 “As the only female in the Mechanical Engineering Design CAD competition, she drew attention from visitors and media, yet she remained focused and driven throughout the three days of competition.

“We will be supporting her every step of the way in her journey to be selected for Abu Dhabi next year.”

New College Lanarkshire has an impressive track record in Mechanical Engineering CAD at EuroSkills, with former students Andrew Beel winning a gold medal in addition to being named ‘Best in Nation’ at EuroSkills Lille 2014, and Ryan Sheridan claiming gold at EuroSkills Lisbon 2010.

Martin McGuire, Principal and Chief Executive of New College Lanarkshire, said: “We are incredibly proud of Betsy for winning a Medallion of Excellence at such a prestigious international competition.

“Betsy is a very dedicated and talented student who has become one of the very best in her skills area across the whole of Europe.

“She has trained tirelessly over the last six months and she is both an exceptional ambassador for New College Lanarkshire and a great role model for anyone interested in a career in engineering.” 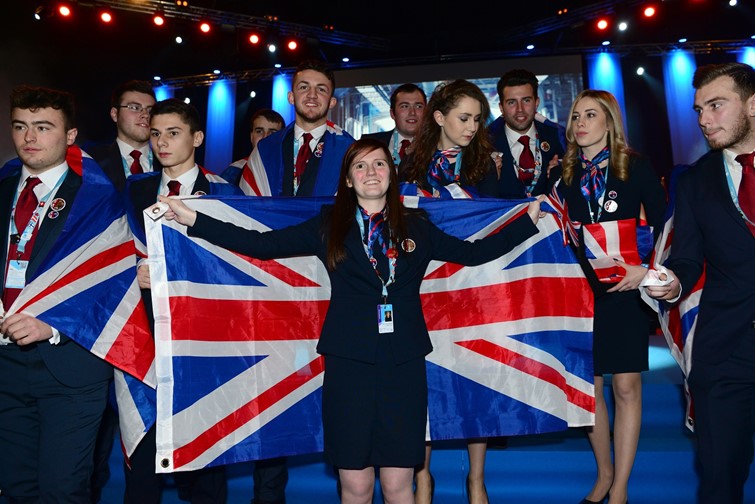 Dr Neil Bentley, CEO of WorldSkills UK, said: "The pressure that these young people are under at international competitions is enormous.

"They are going back into their workplaces and training providers and sharing that knowledge and experience – which helps businesses thrive and that's what's going to help businesses compete with others across the world.

“I offer my congratulations to Betsy, she is a great ambassador for New College Lanarkshire.

“I wish her all the best as she now focuses on securing a place in the team for WorldSkills Abu Dhabi 2017.”

The next EuroSkills event will take place in Budapest in 2018.