A STUDENT representing New College Lanarkshire has been chosen to compete at a global trade skills contest in Russia.

Ross Megahy, 22, from Bonkle in Newmains, has been named as a member of Team UK for WorldSkills Kazan 2019.

He is one of 32 elite students and apprentices from the UK – and one of only four from Scotland – who will travel to the tournament dubbed the ‘skills olympics’ in August (22–27).

The event, being staged in the Tatarstan capital 800km east of Moscow, will see young people from all over the globe compete in 56 different skills areas – ranging from engineering, hospitality and professional services, to construction and IT – to be crowned the best in the world. 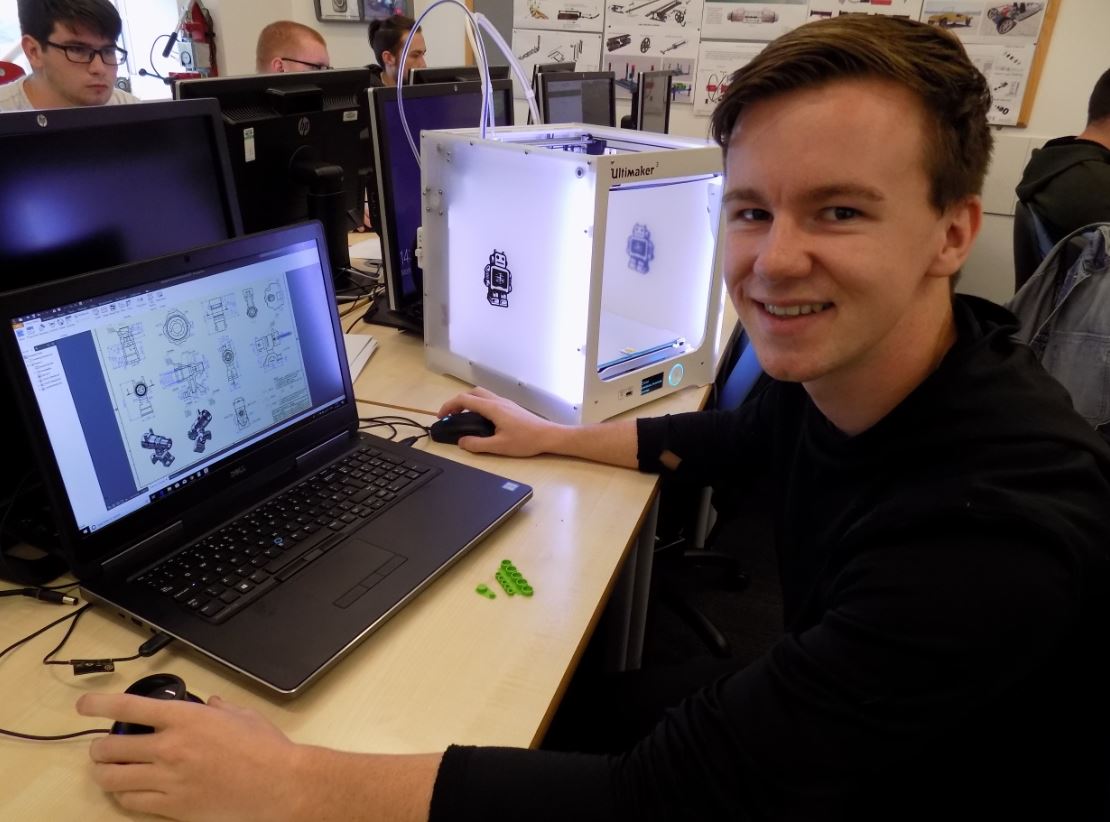 The former Clyde Valley High pupil said: “I am delighted to have been selected to represent the UK in Kazan as part of Team UK and that my WorldSkills journey is continuing as it has been amazing so far!

“After two years of intensive training and competing in Squad UK then competing in EuroSkills in Budapest, I knew I was more than capable of being selected for the team, and am going to continue to work hard to ensure I am at the top of my game for Kazan.

“The selection process was amazing to be part of – it was a great atmosphere and the support from everyone in the College was absolutely incredible. It really helped motivate me to do the best I could, which has obviously paid off.

“I’d like to give a huge thanks to New College Lanarkshire and WorldSkills UK for making it all possible and to my mum and dad who have given me so much support throughout my journey.

“It’s really exciting to be part of Team UK along with the best students and apprentices in the UK, but this is where the real work starts. I don’t want it to just be a plane ticket to Kazan – I want to win.”

Having completed HNC and HND qualifications in Computer Aided Draughting and Design (CADD) at New College Lanarkshire, Ross is now a fourth-year student of Product Design Innovation at the University of Strathclyde.

He has returned to train with staff from the College who have supported him on his journey through winning a gold medal at WorldSkills UK in Birmingham in November 2016 to winning a bronze medal at EuroSkills Budapest last year.

At the last WorldSkills finals held in Abu Dhabi in 2017, another New College Lanarkshire student, Betsy Crosbie, won a Medallion of Excellence when she also competed in Mechanical Engineering: CAD. 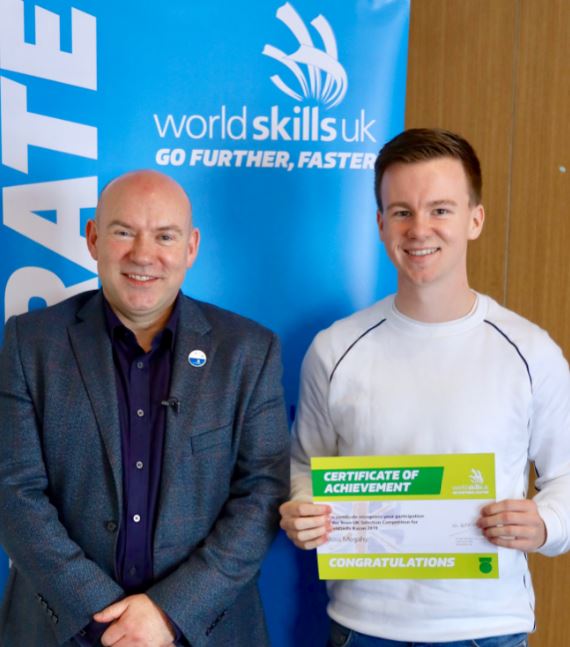 Dr Neil Bentley-Gockmann OBE, CEO of WorldSkills UK, which selects and trains the team and uses their successes to promote skills across the country, said: “I offer my congratulations to Ross on his amazing achievement.

“This is a life-changing opportunity for all those involved.

“I couldn’t be more proud of these extraordinary young people who will be on the plane to Russia. They have worked tirelessly for weeks, months and years to be the best – they are a shining example to the next generation – let’s celebrate their spirit, commitment, and success.

“We are not only giving young people the opportunity to reach their full potential but we also believe that, working with them, we can transfer the insights gained from competing against other countries into the wider UK economy, driving up training standards for young people to world-class levels, giving a much-needed boost to productivity.” 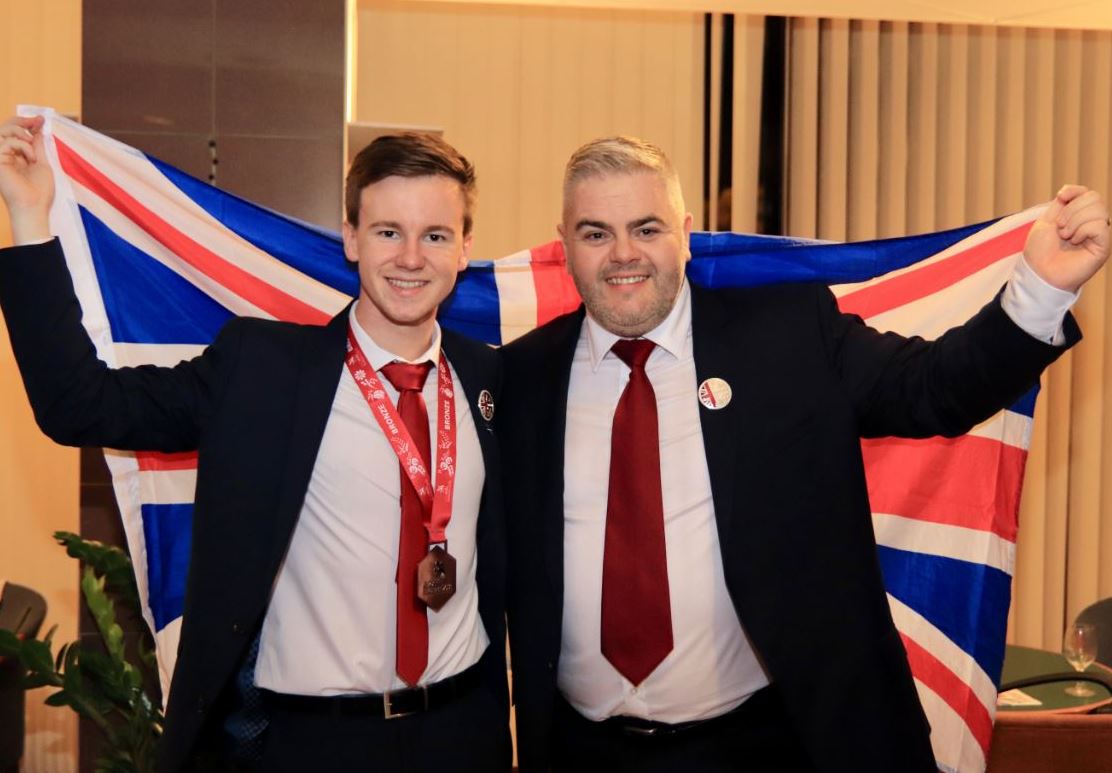 Ross will be joined in Team UK by Callum Bonner of Forth Valley College and Clackmannanshire Council, who will compete in Painting and Decorating; Konnar Doyle of City of Glasgow College, who will compete in Visual Merchandising; and Mark Scott of City of Glasgow College and J McGoldrick & Sons, competing in Wall and Floor Tiling.

Barry Skea, Head of Faculty of Engineering and Automotive, said: “In the two years that Ross was a student of New College Lanarkshire, and in the subsequent years that he has returned to train with our staff, he has shown himself to be a very talented and dedicated learner.

“It has been a great pleasure for everyone in the College to see him develop his skillset to now be in a position where he is competing against the very best CAD students in the world.

“We wish him every success as he prepares to compete in this once-in-a-lifetime opportunity.”