A chef lecturer from New College Lanarkshire has become the first female to be made an honorary member of an elite culinary society after judging at an event in Dubai.

Ann Brown, who has been dubbed the hospitality industry’s ‘Marzipan Queen’, is the first woman to join the list of honorary members of the Emirates Culinary Guild.

She was one of a panel of experts invited by the World Association of Chefs’ Societies to judge at the prestigious Gulfood culinary event in Dubai. 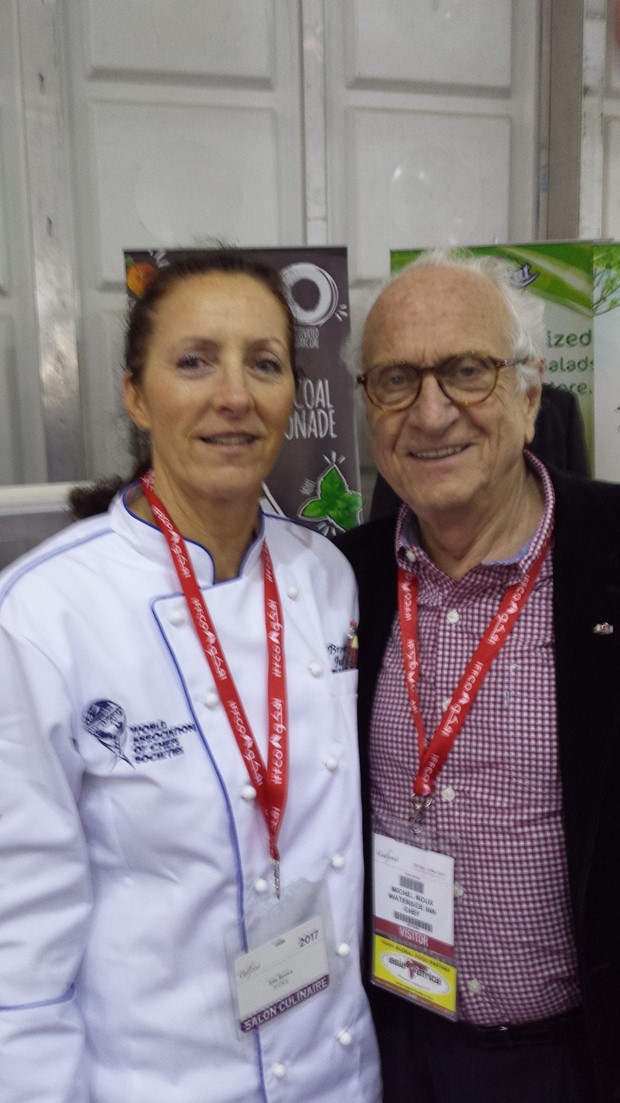 At the end of the event, where she rubbed shoulders with top chefs including Michel Roux, Ann received a certificate and plaque in recognition of becoming an honorary member of the Emirates Culinary Guild.

The Emirates Culinary Guild has more than 90 honorary members made up of chefs from around the globe.

Furthermore, Ann has recently been invited to become a committee member of the World Association of Chefs’ Societies (WACS).

Having garnered a global reputation for her pastry work and food artistry during a career spanning three decades, Ann combines her teaching work at our Motherwell Campus with judging competitions across the UK and internationally.

Ann said: “It can sometimes be quite nerve-wracking to judge a competition, and to meet world-renowned chefs like Michel Roux is a real honour.

“Judging is a great experience for me because I’m learning new things from all over the world all the time and I can share that knowledge with the students by showing them new trends or new skills and keep them up-to-date on what is happening in the industry.

“I think that I’m a fair judge and I like it when competitors request feedback because you can tell them where they could have improved.

“I had to go through all the competitions to get to where I am now. It’s a progression.” 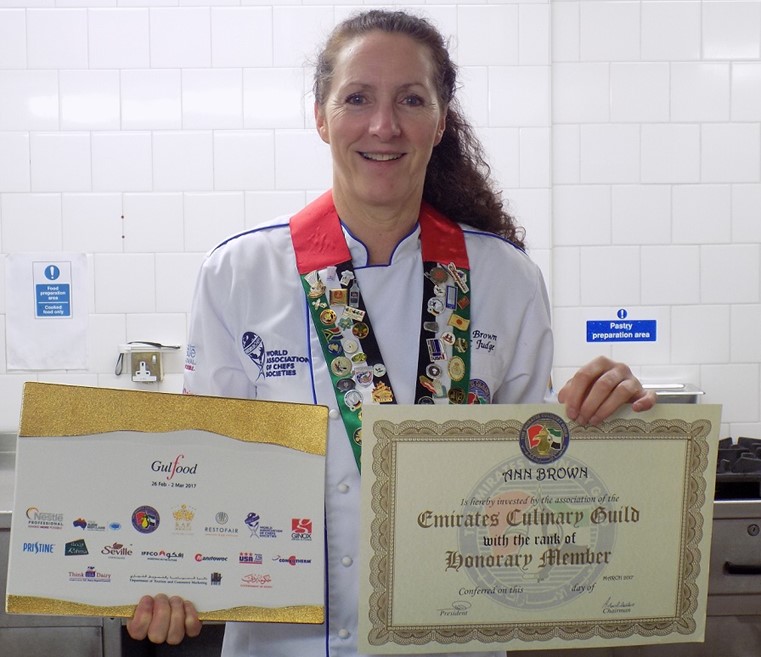 Ann has worked for New College Lanarkshire, and its legacy institution Motherwell College, since 1997.

She currently teaches around 16 HNC Patisserie students, in addition to delivering pastry units in other Hospitality and Professional Cookery courses.

Ann said: “I work with a great team at Motherwell and management have been good to me in supporting my competitions.

“When I travel to these culinary competitions, I am recognised as an ambassador for my college and for the hospitality industry in Scotland and the UK.

“I have competed at the highest level and it’s time to pass it on to the next generation.

“Over the years I have entered many students into competitions at ScotHot and I’ve taken them down to London. One of my students won the overall patisserie award at the WorldSkills UK competition in 2010.

“I love seeing their reactions when they win a medal and I love and appreciate the feedback that you get from them.” 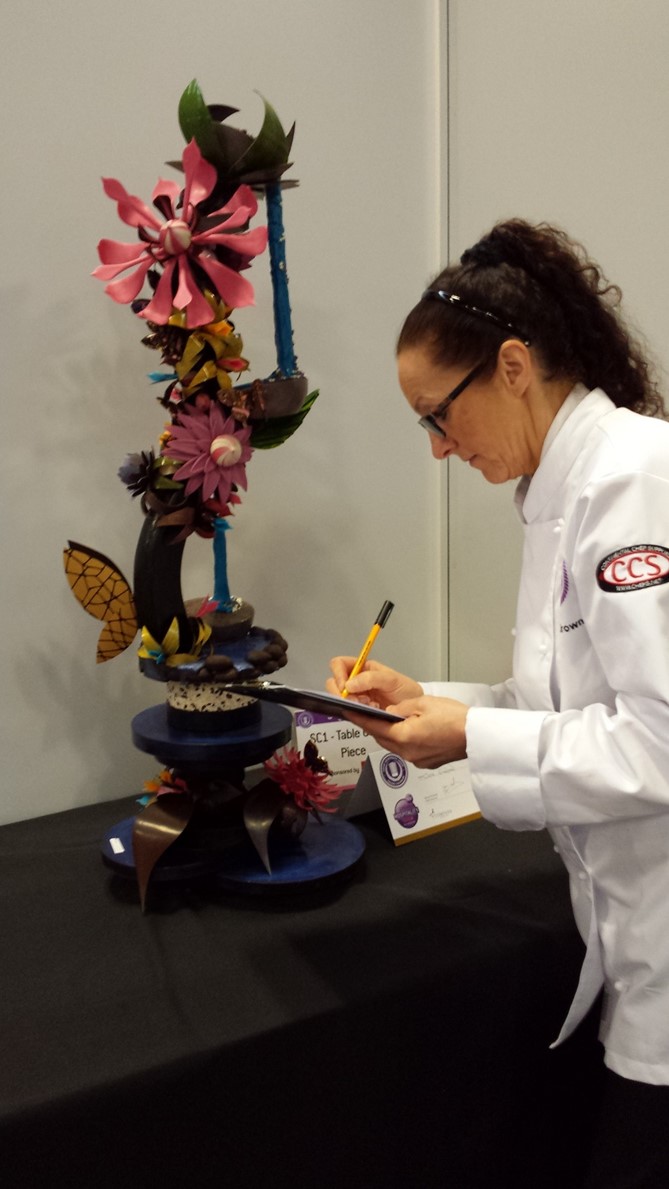 Born and raised in Liverpool, she studied basic cookery at a catering college in Colquitt Street and honed her skills in esteemed Italian restaurant Casa Italia.

She moved to Scotland in 1987 and her growing reputation for food artistry won her a place in the Federation of Chefs Scotland’s ‘Scottish Culinary Olympic Team’ in 1993.

She travelled all over the world as part of the team for more than a decade and counts one of her career highpoints as being named Most Outstanding Pastry Chef at an international competition in Singapore in 1994.

In recent years, she has turned her attention to judging and her expertise has been utilised at competitions such as ScotHot at Glasgow’s SEC, at the Great Hospitality Show Salon Culinaire in Birmingham, at Hotelympia in London, and at the World Culinary Olympics in Germany in 2008 and 2012. 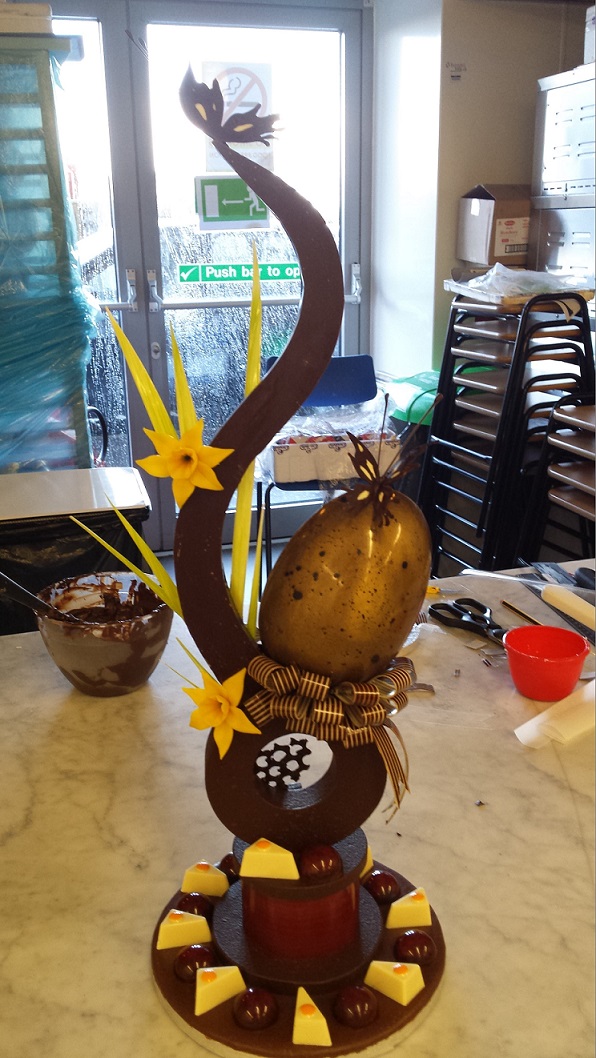 Sian Worthington, Assistant Head of Faculty of Service Industries, said: “Ann has brought all her knowledge and experience as a competitor in the early days and now as a judge back to New College Lanarkshire for the benefit of our students.

“We are delighted that Ann has been recognised personally and professionally by both WACS and the Emirates Culinary Guild.

“Ann’s national and international judging ensures that students and staff of New College Lanarkshire have access to the newest trends and techniques used by patissiers and pastry chefs the world over.”