It welcomed Dika Mokoena, Deputy Principal for Academic Affairs, and his colleague Adam Taumang, who is the Manager for Innovation and Development.

The visit was part of the British Council’s International Skills Partnership (ISP) programme, which is a one-year foundation programme.

The aim of the visit was to develop a shared toolkit to teach specific skills in automotive apprenticeships in both South Africa and Scotland.

In addition to partnership discussions involving members of the Faculty of Engineering & Automotive Studies at the Motherwell Campus, the itinerary included visits to Park’s Motor Group dealerships in Hamilton and a number of cultural activities in Glasgow and Edinburgh. 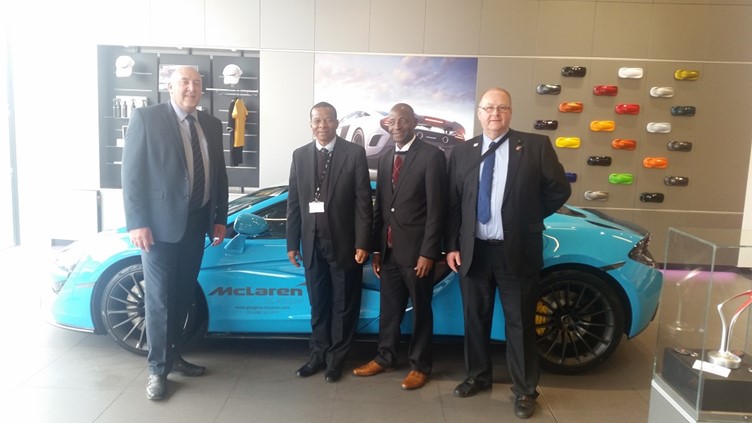 The visitors also had the opportunity to network at the Lanarkshire Business Hub Networking Breakfast.

Hazel Scott, International Activity Manager at New College Lanarkshire, said: “Overall, the visit was deemed a great success with significant progress being made on partnership activities and objectives in both the short and long term.

“It was a fantastic opportunity for New College Lanarkshire to showcase our facilities and both colleges are excited and positive about future opportunities.”

The partnership with CJC is one of two projects organised by the British Council International Skills programme in which New College Lanarkshire is actively involved.

It is also partnered with Tunisia’s National Centre of Training and Professional Promotion, which is a government body that engages with young people and employers.