A student enrolled on the Access to Creative Industries: NRFG course has shared his passion for music in a touching magazine article.

Robbie Mallon features in the latest issue of Oot ’n’ Aboot, which is published by a support project within NHS Greater Glasgow and Clyde.

Robbie talks about his passion for music and songwriting, and the impact that becoming involved in community music project New Rhythms For Glasgow (NRFG), and its partnership with our legacy institution Cumbernauld College and now New College Lanarkshire, has had on his life.

Robbie said: “I have been writing songs and poems for about 25 years. I started out with rap music – my main musical interest at the time – and moved on to electronic dance and techno, then later to playing a mixture of rock, folk, blues and reggae on guitar.

“I spent time rehearsing with bands, however these didn’t work out and the only time I performed music was on the street, busking, which was a bit of a struggle given my then circumstances.

“It was very helpful to me to find people with similar interests on an Access course run by Cumbernauld College and New Rhythms for Glasgow (NRFG), which is a music charity based in Springburn that originated in Royston.”

Robbie goes on to explain how he and fellow budding musicians enjoyed being given space and time to rehearse and record music of their own, sometimes with the help of experienced artists.

He added: “The music department in Cumbernauld College helped me immensely and has some of the best tutors and equipment in Scotland.

“The course I was on was called Access to Creative Industries, which was one day at NRFG and one full day at Cumbernauld.

“It allowed me to express my creativity, working as part of a group with other musicians – we called ourselves the RAG band – who had different experience levels, some preferring to stay behind the scenes, while others were more comfortable in the limelight.

“I am still in touch with quite a few people from the course and have collaborated with some of them.

“In a relaxed environment, I learned to use recording equipment and software. I now produce my own recordings at home.”

Darren Paramasivan, Curriculum and Quality Leader, said: “Robbie Mallon has been attending New Rhythms for Glasgow (NRFG), a music charity based in Springburn, Glasgow for around 10 years.

“Throughout this time he has had free access to music tuition, recording studios and music rehearsal facilities enabling him to enhance his musical talent.

“New College Lanarkshire runs an access course in partnership with NRFG, which started in 2006.

“In that time, students have progressed to full-time college courses with some even progressing on to degree level.

“If it wasn’t for the access course, some may never have entered further education in the first place.

“Not only does the course offer SQA-accredited units, there is a strong focus on employability, enterprise and citizenship.”

You can find out more about New Rhythms for Glasgow by visiting their website, here. 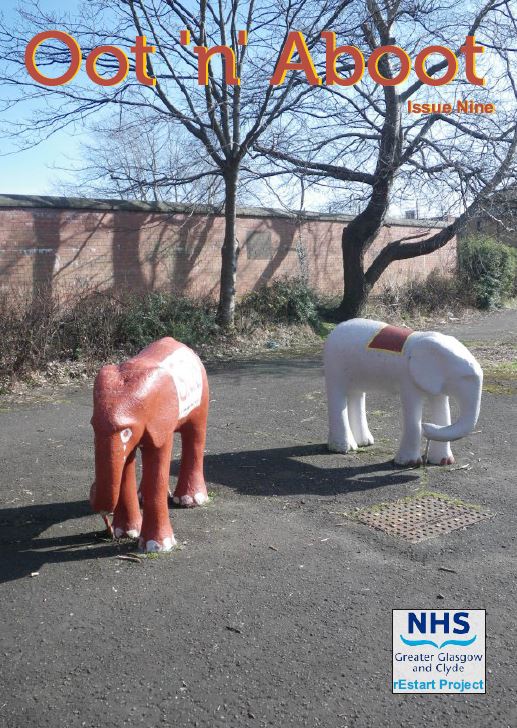 The rEstart Project offers groups and courses designed to cater for people living with or recovering from mental health issues. For more information, click here or call 0141 945 0563.