They’ve helped put smiles on the faces of hundreds of patients at University Hospital Wishaw.

And now a team of staff and students from New College Lanarkshire are celebrating after a project they’ve helped establish was recognised in Scotland’s Dementia Awards 2019.

The salon opened in April and has involved teams of students from Commercial Hairdressing and Barbering courses providing long-stay patients free hair styling and barbering services.

The awards are organised by Alzheimer Scotland, NHS Education for Scotland and Scottish Social Services Council.

They were attended by Hairdressing lecturers Jackie McMahon and Jacqui Ward and student Bobbi Brown. 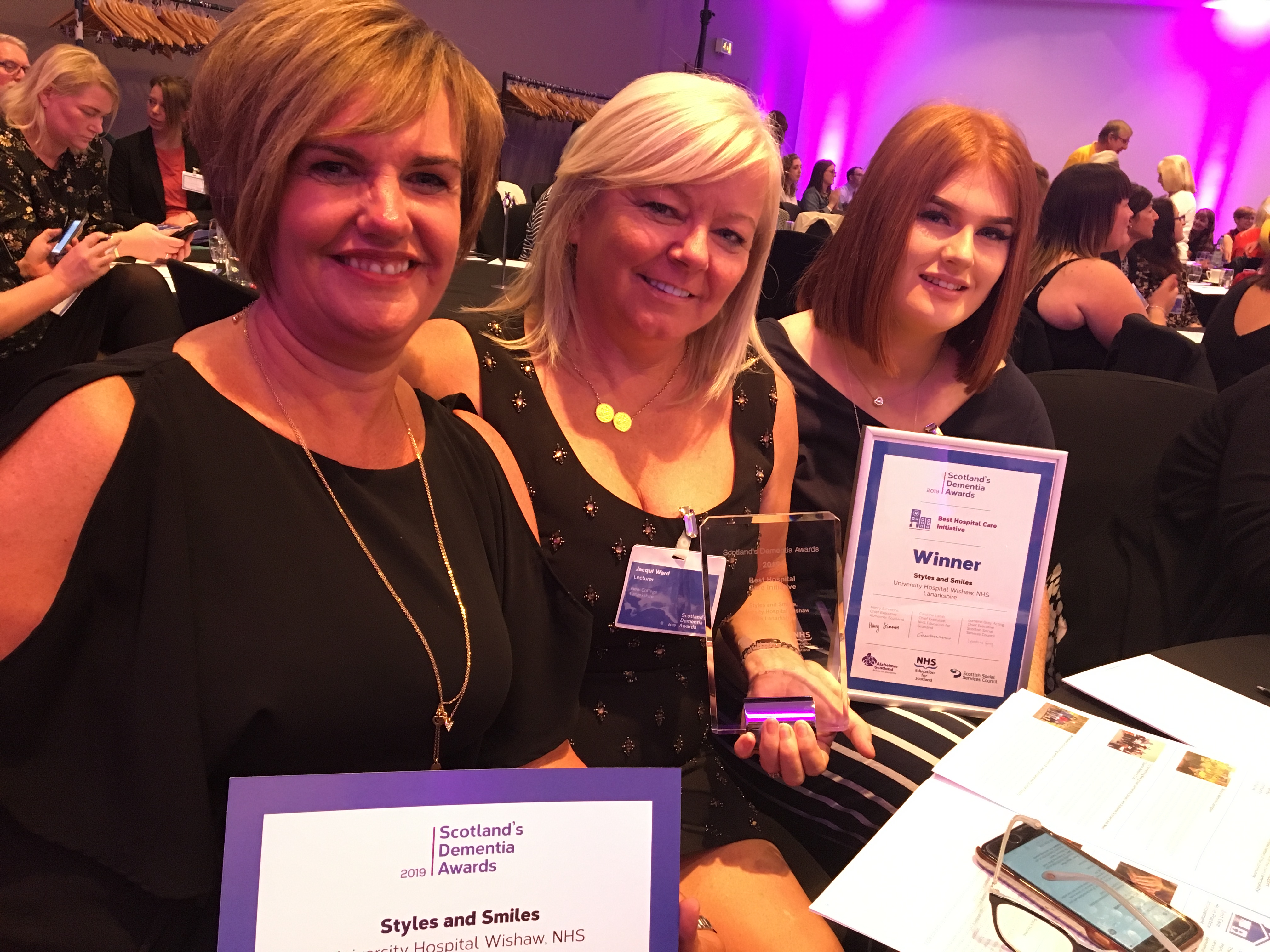 Jacqui said: “We are so proud of what we and our students have achieved. This award really shows that it was all worth it.

“It has been an inspirational and heartfelt journey and this award really shows it was all worth it.”

More than 300 treatments have already been carried out by Commercial Hairdressing or Barbering and Male Grooming students.

These treatments help just some of the 90,000 people estimated to be living with dementia in Scotland.

Henry Simmons, Alzheimer Scotland’s Chief Executive, said: “Scotland’s Dementia Awards celebrate the people and projects working tirelessly to improve care and support for people living with dementia and their families throughout our communities and across the health, social care and education sectors.

“On behalf of our awards partners, I want to thank everyone who entered the awards. It has been our honour once again to see so many tremendous creative and innovative collaborations taking place.”

Anne Leitch, chief nurse at University Hospital Wishaw, said: “The ‘Styles and Smiles’ salon was launched after patients told porters they were embarrassed about their hair.

“The salon supports people with Dementia to maintain community participation, allowing individuals who have hairdressing routine to maintain this while in hospital.

“We have noticed an increase in the patients mood, they are excited and they have fed back that they enjoy their families seeing their new hairstyle.

“One patient commented that she felt instantly better after having her hair done. The social interaction within the salon is fabulous and has a positive impact on patients.”