A former New College Lanarkshire student has been selected to represent the UK at Europe’s most important and prestigious skills competition, EuroSkills.

Ross Megahy from Wishaw will join 22 elite competitors in Team UK to head to the EuroSkills Finals in Budapest from 26 to 28 September to compete in his specialist subject, Mechanical Engineering: CAD.

A gold medallist at WorldSkills UK in 2016, the 21-year-old has been training as part of Squad UK to be selected for the team travelling to Budapest for the competition, following in the footsteps of student Betsy Crosbie, who competed in EuroSkills Gothenburg to bring home a Medallion of Excellence.

He said: “Since winning Gold at last year’s WorldSkills UK it’s been non-stop training and I am so delighted that it has paid off.

“I’m now at Strathclyde University studying Product Design Innovation, but still training hard to ensure I am at my peak for EuroSkills.

“It’s a lot of relief having been selected to represent the UK, but the nerves have started to kick in as the task in hand is becoming more of a reality.

“I’m really looking forward to the whole experience and I’ll be working as hard as possible to bring a medal home.” 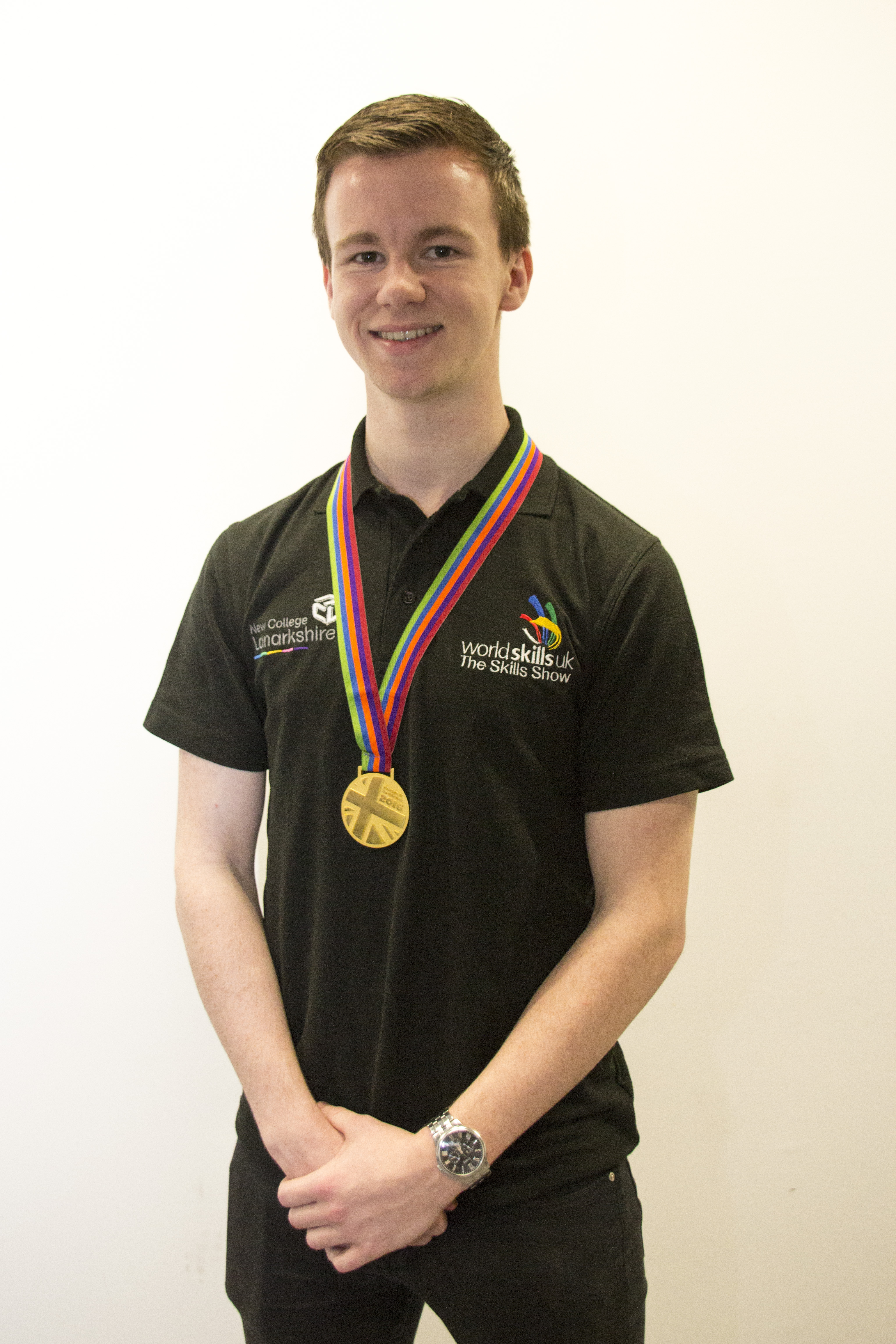 Team UK comprises students and apprentices skilled in a broad spectrum of disciplines from engineering to construction, digital to creative.

The EuroSkills Finals, which includes teams from across Europe, is the last before the UK is scheduled to leave the EU next year.

Dr Neil Bentley, CEO of WorldSkills UK, which selects and trains Team UK to the highest international standard, said: “This will be a life-enhancing opportunity for these remarkable young people.

“After Brexit, our economic success as a nation will be dependent on our ability to close major trade deals and attract inward investment – and this will always hinge on demonstrating we have people with the right skills.

Team UK are the embodiment not only of the kinds of traits and characteristics that we should aspire for in a young workforce, but for the UK Government’s ambitions for Global Britain too.

“They are leaders of their generation – and will inspire many more to walk in their footsteps.”

Governments and industry will be watching with interest to benchmark how well Team UK performs compared to the country’s main European competitors.  At the previous EuroSkills finals, held in 2016 in Gothenburg – Team UK finished seventh.

To secure a place in Team UK, the apprentices and learners have been through an exhaustive selection process, taking part in the prestigious WorldSkills UK National Competitions, the finals of which are held at WorldSkills UK LIVE.

European Policy makers, educators and industry partners will attend the event – along with (an expected) 80,000 spectators.