Kayleigh Dart first started coming to New College Lanarkshire when she was just 13-years-old as part of our schools robotics programme.

And now the former Airdrie Academy pupil has been announced as the winner of a prestigious engineering scholarship with energy services giant Wood Group.

Kayleigh was recently named as the recipient of the Wood Scholarship, which is worth around £5,000 a year and provides four years of sponsorship and paid summer placements.

With headquarters in Aberdeen, Wood is a global project management, engineering, consulting and technical services provider.

Its scholarship is open to students of the University of Strathclyde’s Engineering Academy. Aimed at widening access to engineering, students of the Academy are offered an alternative route into university and employment.

Kayleigh said: “I wasn’t expecting to leave school after fifth year, but there was a teacher at my school called Mr Nolan who recommended this course to me.

“I decided to apply because I knew Strathclyde was one of the universities I would consider after sixth year, and I got in.

“I was quite surprised to win the scholarship because I think there were a lot of people who applied for it.

“Part of the application process was to research the Wood Group, and when I did that, I realised what a good opportunity that this would be.

“I was really excited to win and I’m looking forward to my first placement, which will start in June for eight weeks at the Wood offices in Bellshill.”

New College Lanarkshire currently has five students enrolled in the Engineering Academy pathway, who will complete an enhanced HNC Mechanical Engineering qualification at our Motherwell Campus before moving on to study their degree at the University of Strathclyde.

The HNC includes a range of units, including Computer Aided Draughting for Engineers, DC and AC Principles, Dynamics, Mathematics, Pneumatics and Hydraulics.

Kayleigh’s interest in Engineering stemmed both from her family and from participating in the VEX Robotics schools programme, which attracts high school pupils from across Lanarkshire every Wednesday during term-time to our Motherwell Campus. 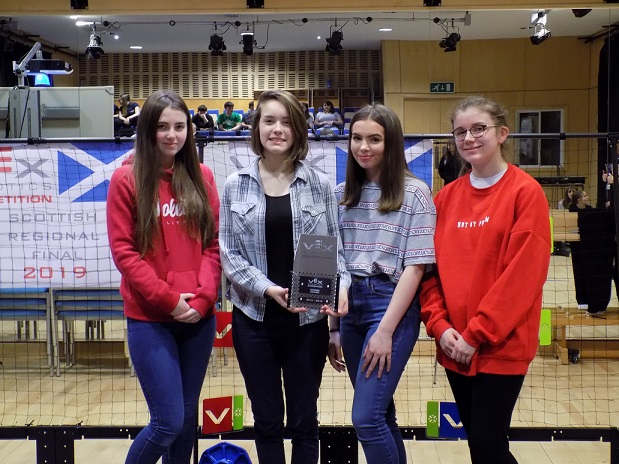 She was part of the Airdrie Academy team The Masterminds (above) who won 'Best Design Book' at the VEX Robotics Scottish regional finals in 2019.

Kayleigh added: “VEX had a big role in my interest in engineering – we learned a lot in the College and we’d build our robots when we were back in school.

“And there are a lot of engineers in my family, including my dad, grandpa and uncles who all work in different industries as engineers.

“The course is really good – there are some units that I like more than others, but I think that’s the same for everyone. I like maths most.”

Stewart McKinlay, Associate Director of the Engineering Academy at Strathclyde, said: “The Academy provides an opportunity for people who thought they might not be able to get into engineering at Strathclyde and many of our graduates are now working in exciting, well-paid jobs. 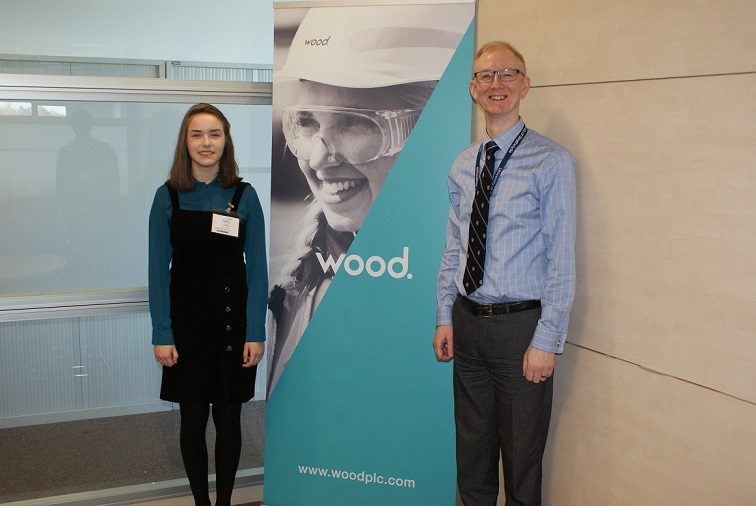 “In Wood selecting Kayleigh, they have a star of the future.

“Hopefully this will encourage others to consider a career in STEM and to apply for the Engineering Academy.”

Steven Hewitt, Curriculum and Quality Leader in our Faculty of Engineering, said: “This is fantastic news for the College and our Faculty – Kayleigh is a model student.

“The fact that Kayleigh has been coming to the College for VEX Robotics since the age of 13 shows that you can foster an interest in school which can then be taken on to the level to which Kayleigh is aspiring.

“We enjoy close relationships with the University of Strathclyde in our Mechanical and our Electrical teams, so we’re able to signpost our students on to specific pathways to achieving the qualifications and the careers that they want.”

Read more about our courses in Mechanical Engineering here: