A former Motherwell Football Club player turned Curriculum Quality Leader at New College Lanarkshire has featured in a documentary about the Club’s Cup Final win in 1991 and the hope it brought to Lanarkshire during one of the toughest times in its history.

Jim Griffin, CQL for Sport at the Motherwell Campus, will feature on the documentary Steelmen tonight (Friday 18th January) on BBC Alba at 9pm. 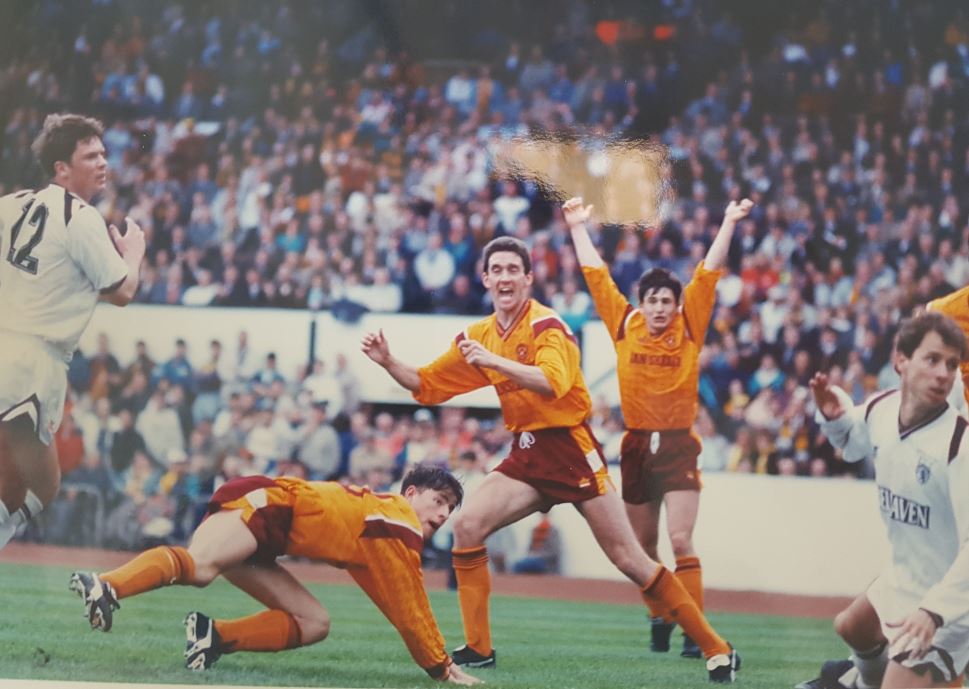 Steelmen celebrates Motherwell Football Club’s 1991 Cup Final success against Dundee United, against a backdrop of the crippling social, economic and cultural impact on the area from the impending closure of the Ravenscraig Steelworks– where our Motherwell Campus is now based.

Telling the bittersweet story of the industrial town of Motherwell in the early 1990s, the film provides a reflective insight into its community and society, told through the prism of the football club’s victory – lifting the prestigious Scottish Cup for the first time in 39 years – which provided a clink of light in what was a devastating period for the area. 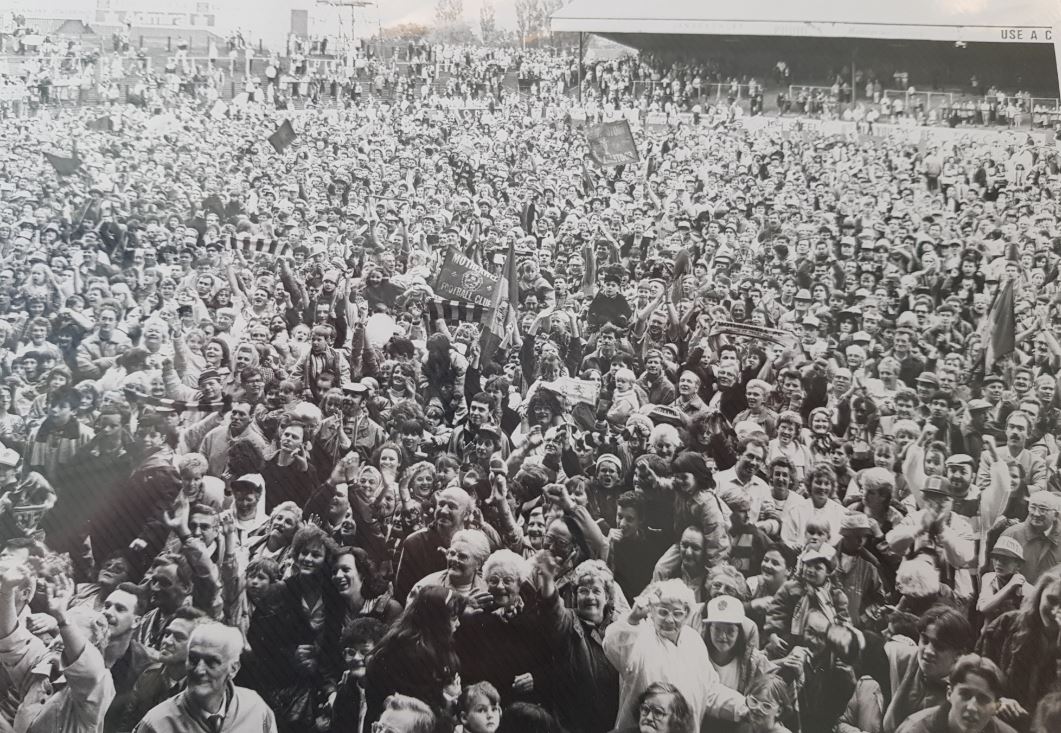 The crowd celebrating at Fir Park

Playing midfield alongside the likes of Davie Cooper and Phil O’Donnell, Jim reflects on how the match wasn’t just about winning the cup, but about bringing some joy to the local community who were so drastically affected by the loss of Ravenscraig. 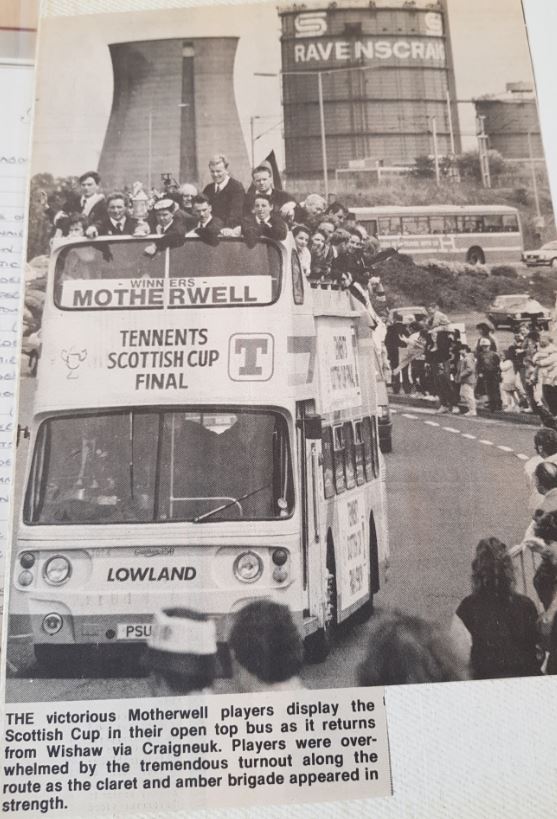 A newspaper cutting from the time

He said: “You could feel the impact the impending closure was having on everyone in the area. No-one was unaffected, leaving a deep depression in the area.

“All the players knew and felt the situation in the community so we knew that the cup wasn’t just for us as a team, but for the wider community. The fans were spending a lot of their hard-earned money so we had to do our best for them. 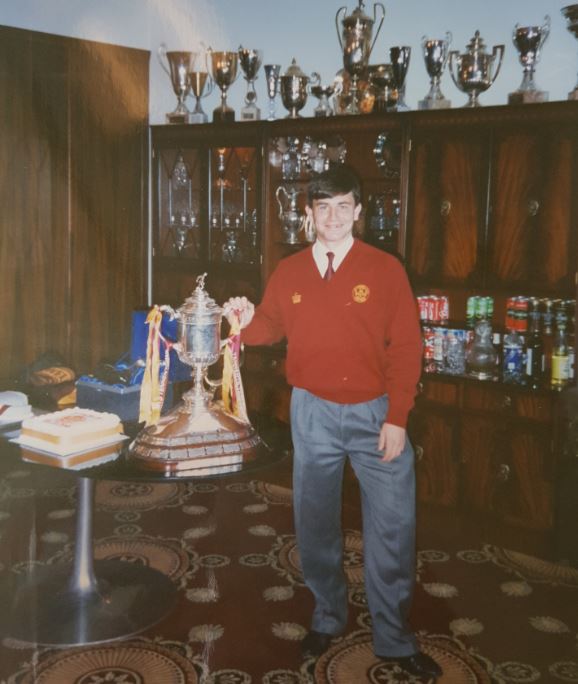 Jim with the Scottish Cup

“The whole area seemed to get behind us – just going down the street you would see the bakers and different shops dressed in claret and amber. With everything else that was going on in the area at the time it really made you realise ‘wow, this really, really could be something special.’

“When we walked out that day all you could see was a sea of claret and amber – that’s when you knew it was game on.

“I don’t think anybody ever envisioned us getting to the Cup Final, but when we did it really lifted the area – everyone came together to celebrate.” 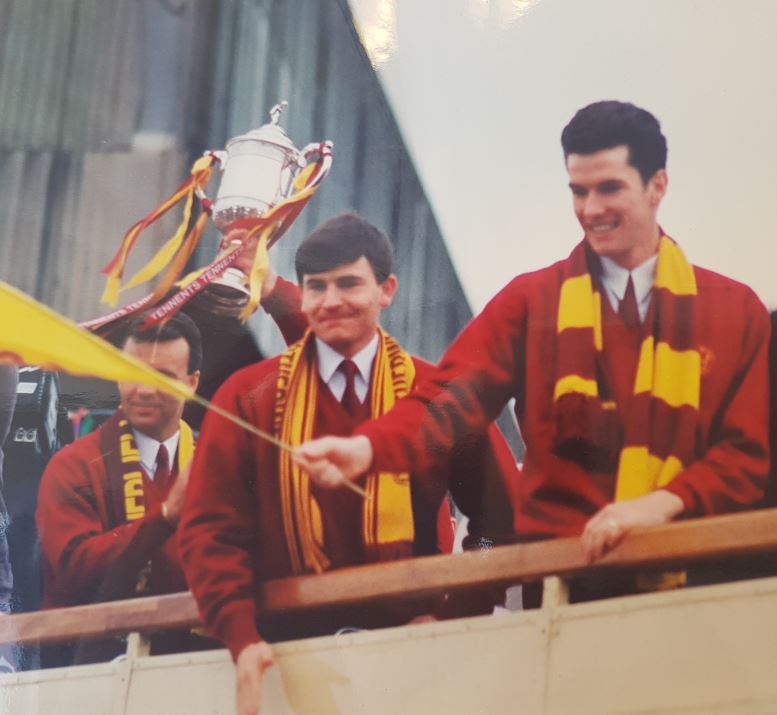 Jim on the celebration bus going through the streets of Motherwell

BBC Alba will screen the documentary on Friday 18 January at 9pm. It will be available soon after here: https://www.bbc.co.uk/programmes/m000237 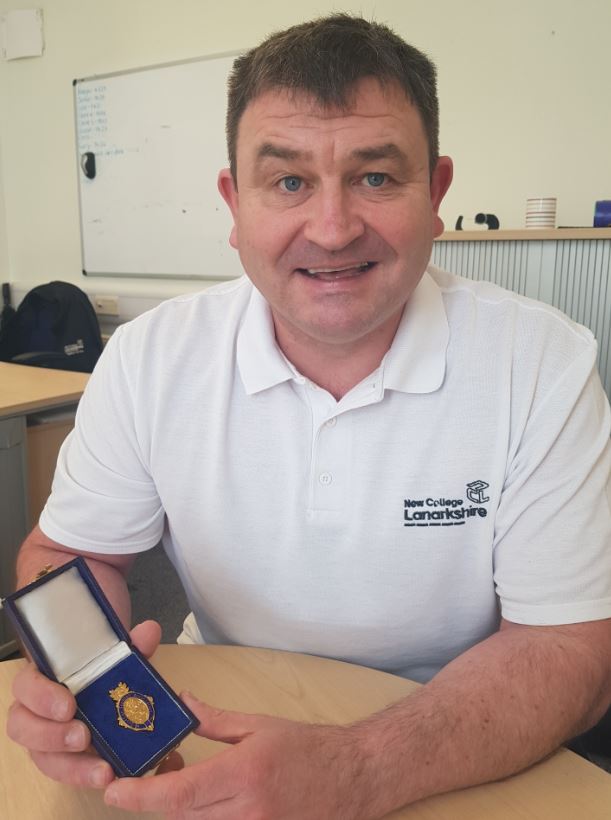