Performing Arts students from New College Lanarkshire are preparing to raise the curtain on a new theatre for Coatbridge.

Acting students will launch a season of theatre at 101 Park Street, which is part of our Coatbridge Campus and sits adjacent to Dunbeth Park.

The 200-seat auditorium will play host to four productions by acting, dance or musical theatre students before Christmas.

The inaugural production by HND Acting is A Vampire Story, Moira Buffini’s dark tale that was adapted for 2013 film Byzantium starring Gemma Arterton and Saoirse Ronan.

The show’s director, Ian Grieve, said: “It is quite exciting to be the first show in a new venue.

“We’ve planned the show quite carefully to offer some excitement and adventure, so we will be putting the new resources to good use.

“I feel it is absolutely vital for any community to have a theatre space at its heart.

“I see 101 not only as a splendid venue for the productions of our students, but also for amateur and professional productions of dramas, comedies or musicals.”

The performances begin at 7.30pm and tickets priced £10/£7 concessions are available on the door, or by emailing rowen.aird@nclan.ac.uk

Please note that the show contains strong language and is not suitable for those aged under 14 years. 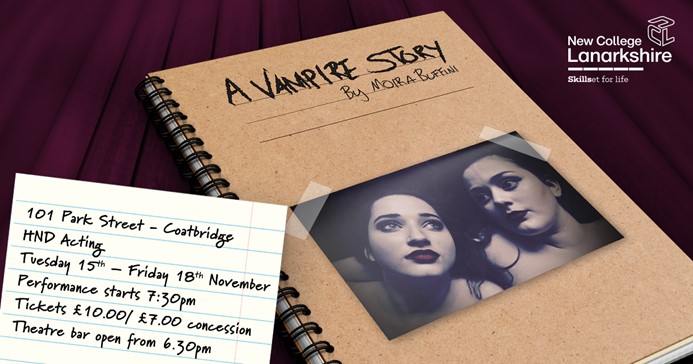 A number of renovations were carried out to the auditorium of 101 Park Street to make it suitable for use as a theatre, including painting the walls black and installing new lighting and a new sound desk. 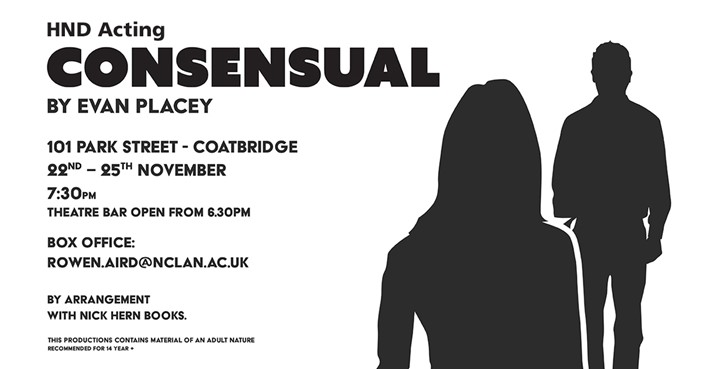