Make-up artists of the future have demonstrated their skills in a visually-stunning live event at New College Lanarkshire.

Some 34 HND Make-up Artistry students at our Coatbridge Campus took part in the annual showcase. 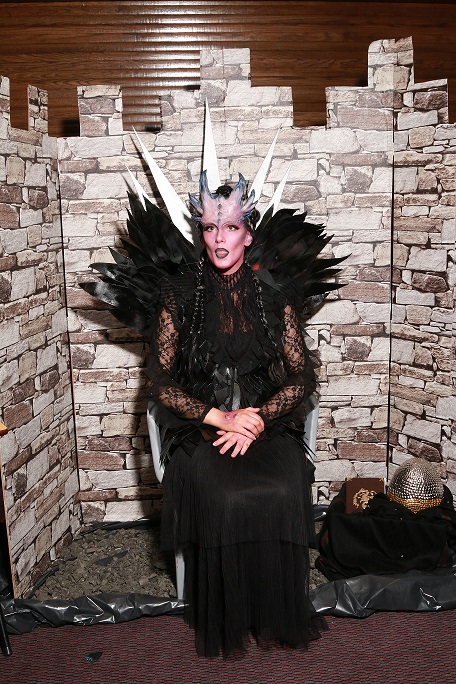 Each student created a 5ft by 5ft set in which to display the themes of their different characters, which ranged from mermaids, Marie Antoinette and a leprechaun to Frozen, the Wizard of Oz and Oliver Twist. 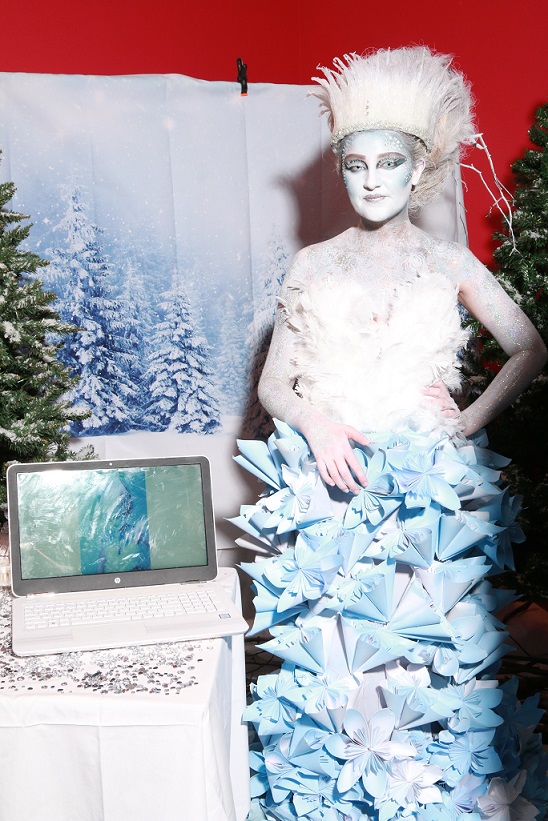 Models were transformed by students over the course of the day with many spending hours perfecting latex special effects, intricate wigs, high fashion editorial looks or full body painting.

Student Kay Barclay Robertson, 28, from Cumbernauld, chose to draw on her musical theatre roots to create a character inspired by Fagin from Oliver! 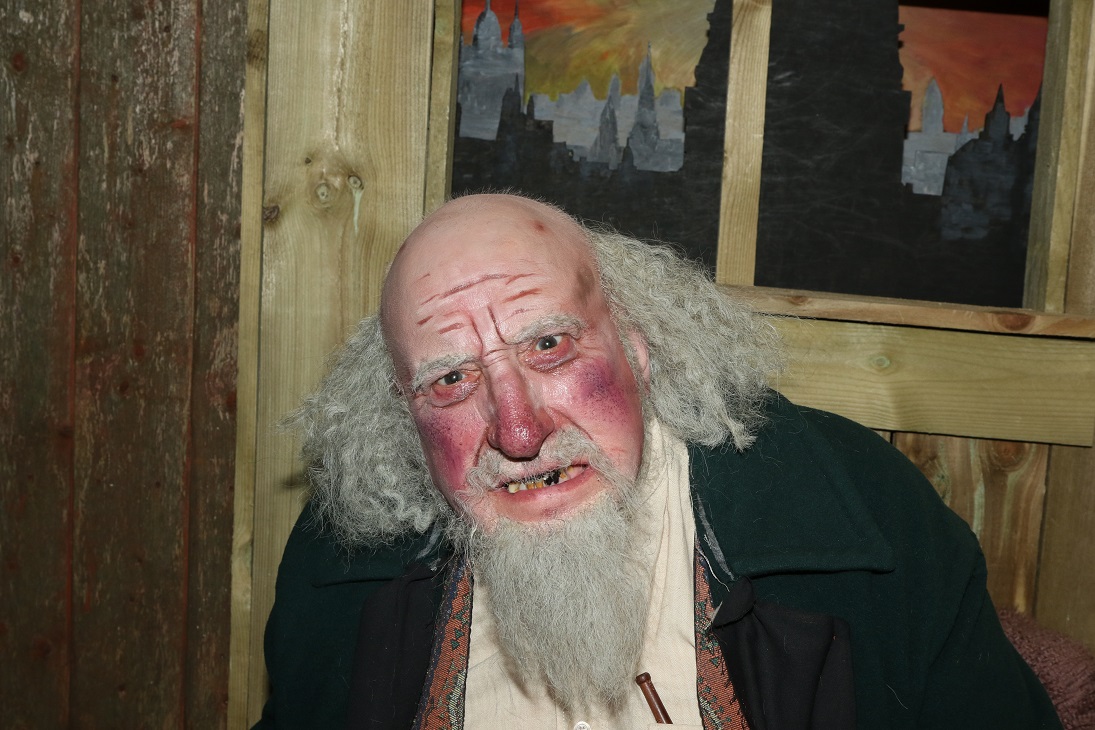 A singer with Bourne Leisure and performer with Musichoir Scotland, she enlisted the help of family friend and am-dram actor Bill Green, also from Cumbernauld, to transform into the infamous Dickens character.

Kay said: “I’ve been interested in musical theatre since I was a young girl and I thought Fagin would allow me to do ageing make-up and create a character that was quite creepy, but also comical.

“I’d like to be a lecturer in the future and for now I’ve set up a salon in my house and I’ll do theatrical make-up as well.

“I designed the set and my dad helped me build it using old wood that was in our garage.

“I’ve absolutely loved my three years at New College Lanarkshire – I’ve always been interested in make-up and hair and I’ve fallen in love with it.

“It’s been the best three years of my life and I don’t want to leave.”

A catwalk-style event for invited guests took place at 6pm before the doors were opened to the public at 6.30pm and models took their places in their respective sets. 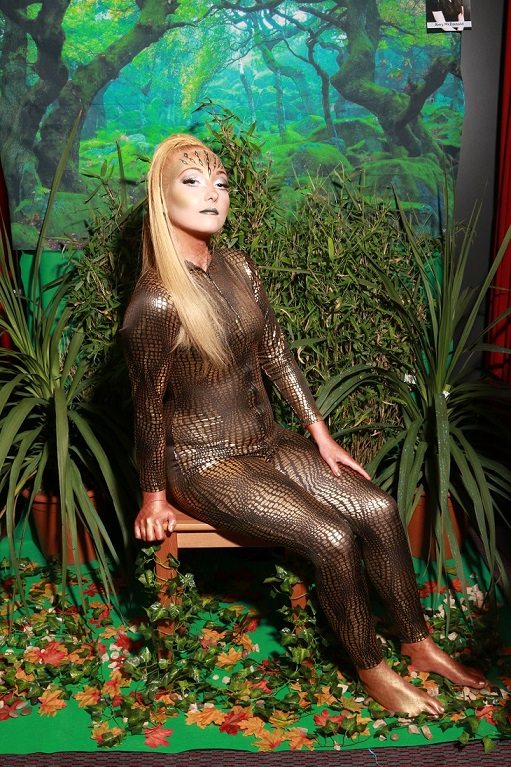 Visitors browsed each set and flicked through portfolios charting the different stages of the students’ preparation. 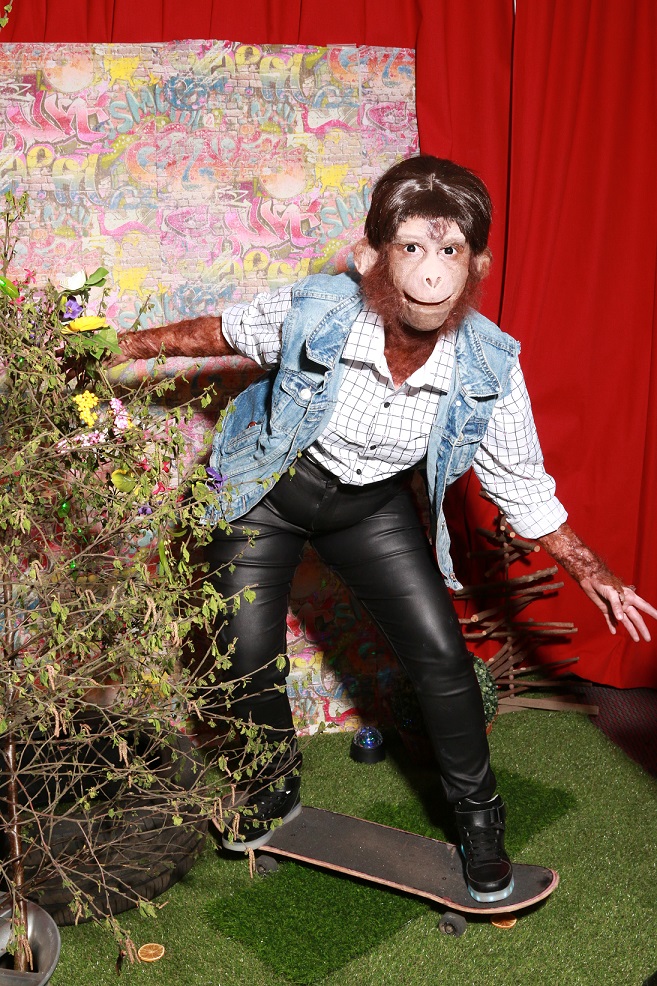 Having worked previously as a salon-based hairdresser for 12 years, Elizabeth is using both her hair and make-up artistry skills to go freelance.

She said: “I wanted to put my own spin on it, so I’ve clashed Planet of the Apes with Back to the Future.

“I’ve covered Hayley’s arms and face with crepe hair and she wears a prosthetic nose and mouth – it’s quite a transformation.

“As part of our course, we had to do 100 hours of production study, which involves volunteering in theatres and shows, so I would really like to go into theatre work when I finish my studies.

Images of all the students and their models were captured by photographer Karen Muircroft. 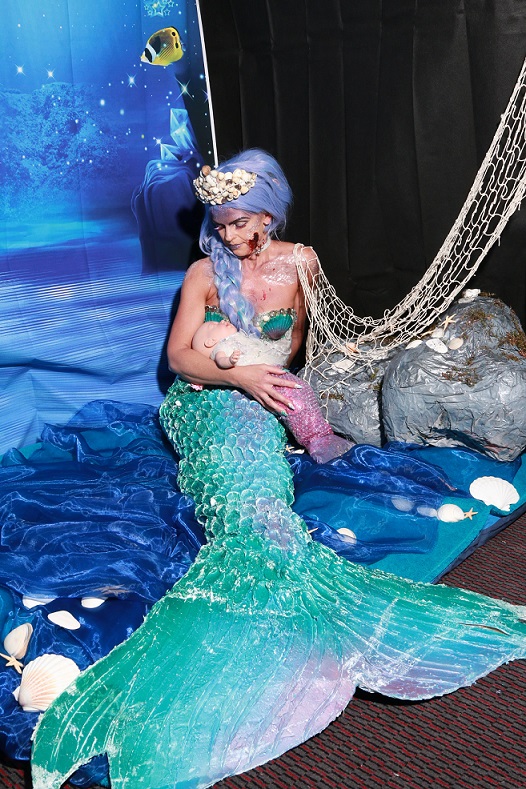 Lecturers also assessed each students’ work, which forms the basis of their graded unit.

Lecturer Ashley Moreland said: “Students took aspects from every unit that they’ve completed during their time at the College to create this live event.

“Some took inspiration from books, some from films, some created their own characters from ideas that they had. 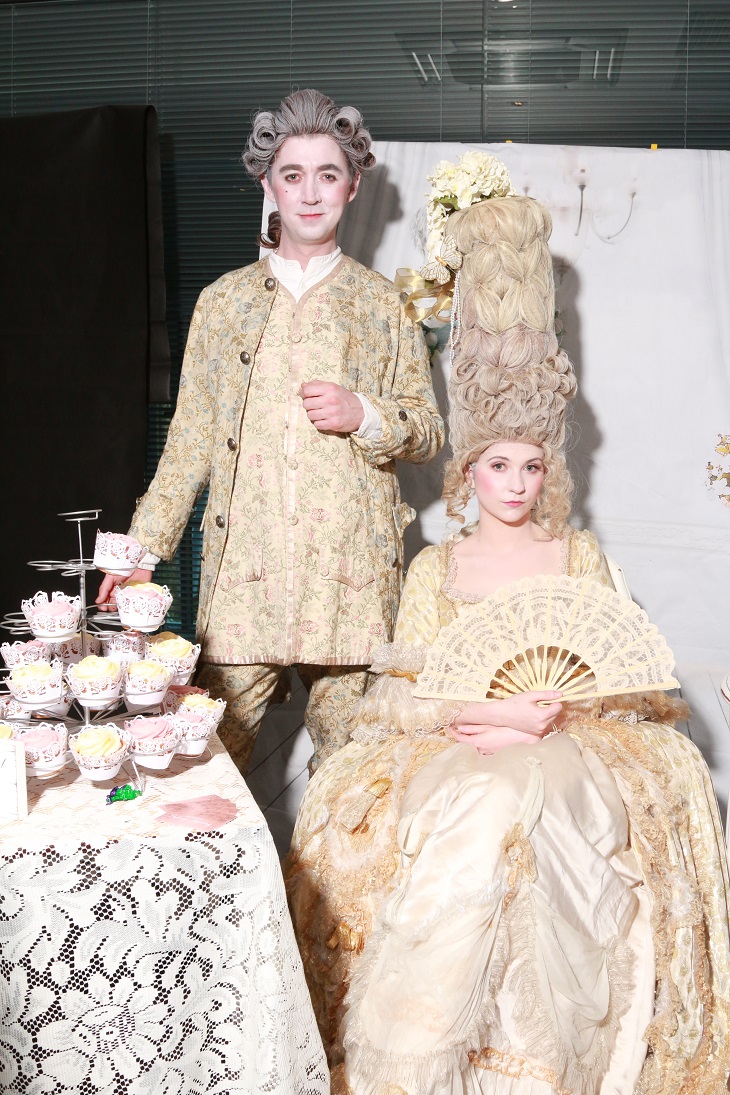 “Some of the characters were quite mysterious, pretty and dream-like; some were dark with blood and guts. There was a total variation throughout this year’s live event.

“It always really exciting for us to see how students can take an idea, combine it with everything that they’ve learned over their time with us, and translate that into a character.

“It’s brilliant to see how their imagination just springs to life.” 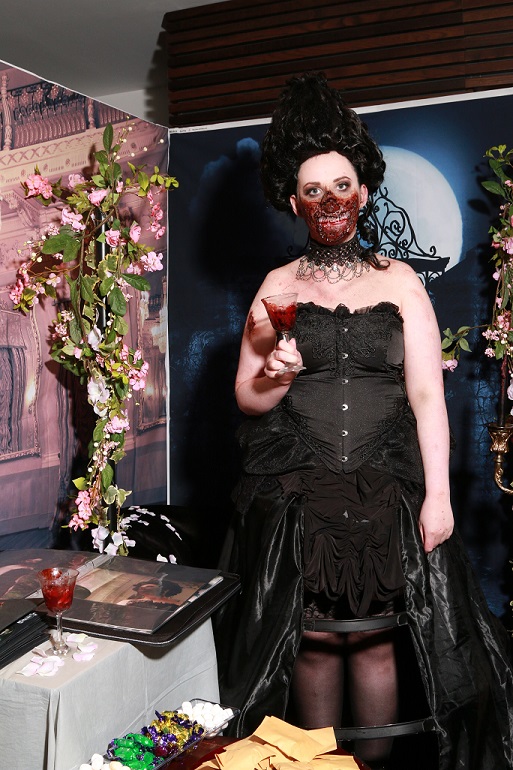 Applications are now open for courses incorporating make-up skills, which range from introductory level to HND. They are available at our campuses in Coatbridge, Cumbernauld, Kirkintilloch and Motherwell.