A photography student from New College Lanarkshire has been honoured in the Scottish Nature Photography Awards.

Nikolai Zemljannikov, who is originally from Estonia and now lives in Hamilton, finished in third place in the Student category of the prestigious awards scheme.

The 35-year-old, a student of HND Photography at our Motherwell Campus, impressed a judging panel with three images of picturesque falls near Sandford in South Lanarkshire. 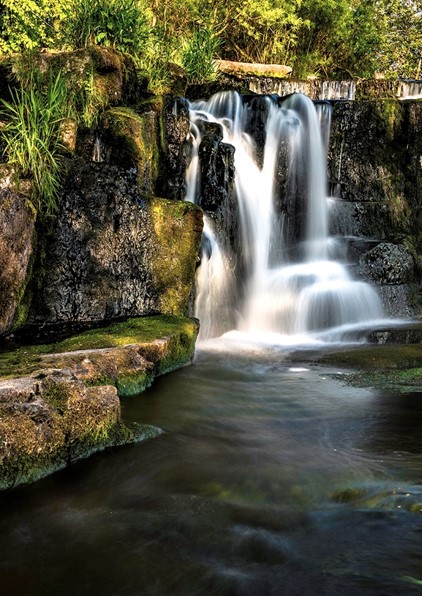 Nikolai will receive a certificate in recognition of the honour as well as featuring in the Porfolio Yearbook 2016 and a touring exhibition later this year.

Nikolai said: “When I found out that I had been shortlisted in the finals, I was very excited and surprised, and to be honest I didn’t expect to get so far as it was my first entry for the Scottish Nature Photography Awards.

“To hear that I had finished in the top three really made my day; it was a pleasant surprise and a fantastic feeling to finish in third place. It means a lot to me.”

Nikolai served in the army in Estonia for 11 years before moving to Scotland in 2011. He was working in security when he made the decision to pursue his interest in photography.

He added: “I always liked photos of nature captured by different photographers, and I was really interested to try it myself.

“Winning this award has given me more confidence and drive to work harder and achieve more goals.

“For me, this is not only about photography – it’s also the time when I can relax and enjoy the beauty of nature.”

Launched in 2010, the awards aim to provide a platform to celebrate Scotland as a destination for nature photographers as well as acknowledging the standard of work from home-grown professional and amateur photographers.

They are open to photographers from all over the world, but the images captured must be taken in Scotland.

All students who entered the competition – who hailed from both higher and further education institutions – had to submit three images on the theme of ‘water’.

Niall Irvine said: "The judges liked the way that Nikolai solely focused on the Sandford Falls producing a cohesive portfolio.

“The long exposures create a dynamic cascade to the water that made these images stand out."

Lewis Napier, Curriculum & Quality Leader for Art, Design, Broadcast & Photography, said: “Nikolai is a very hard-working, mature student. He has spent the last two years with us and I fully expect him to achieve his HND in Photography.

“In the classroom environment he is always helpful with his classmates and can be very funny at times.

“He has a real passion for landscape photography and his standard of work is exemplary. If he is asked to reshoot something, it is never a problem for him.”

Applications are now being invited for Photography courses starting in August.