School pupils learned about the magic of mechanical engineering as they took part in the Scottish regional final of a robotics championship at New College Lanarkshire.

The VEX Robotics Competition saw secondary school pupils from three Lanarkshire schools compete in matches using robots that they had designed and built themselves.

Aimed at pupils aged 11 to 18, the VEX Robotics competitions promote teamwork, problem solving and leadership while encouraging them to get involved in STEM subjects. 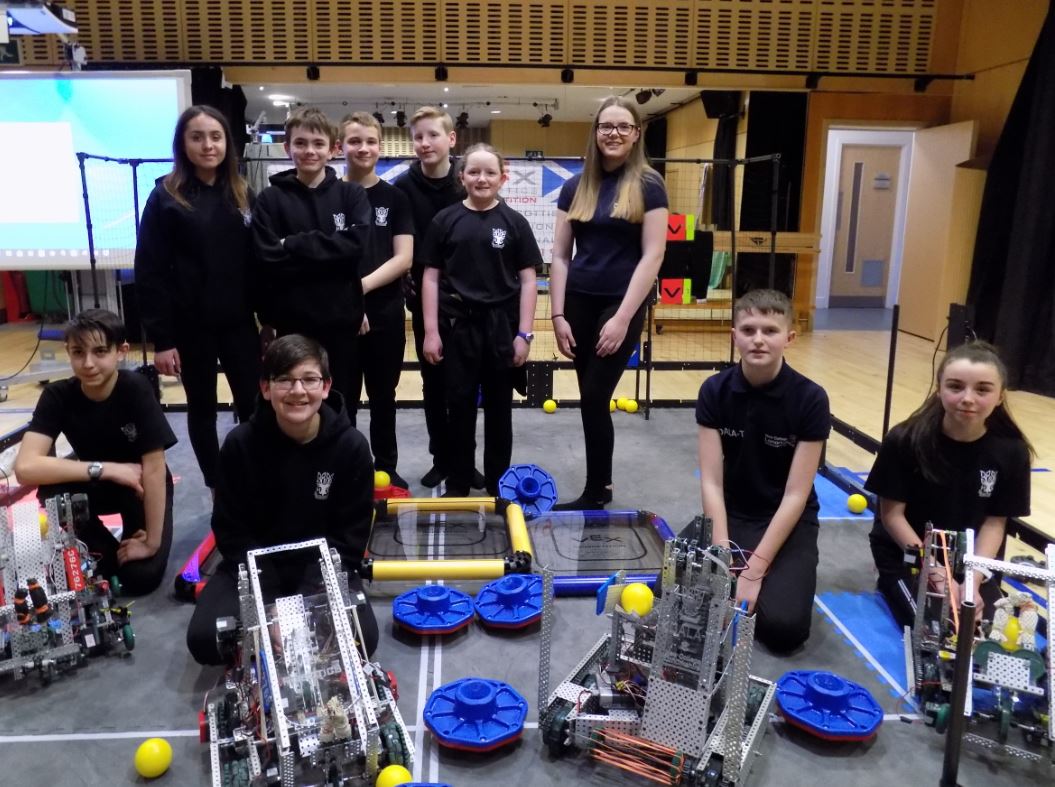 Five teams represented Braidhurst High in Motherwell, four teams were from Airdrie Academy, while St Andrew’s High in Coatbridge had two teams in the regional final.

Arenas were set up in the Social area and in the music studio at the College’s Motherwell Campus, which allowed teams to practise their skills in the morning ahead of main qualifying matches held in the afternoon.

There were 11 qualifiers in which pupils compete to score more points than the opposing ‘alliance’, with the top-scoring teams progressing to quarter-final matches and then semi-finals. 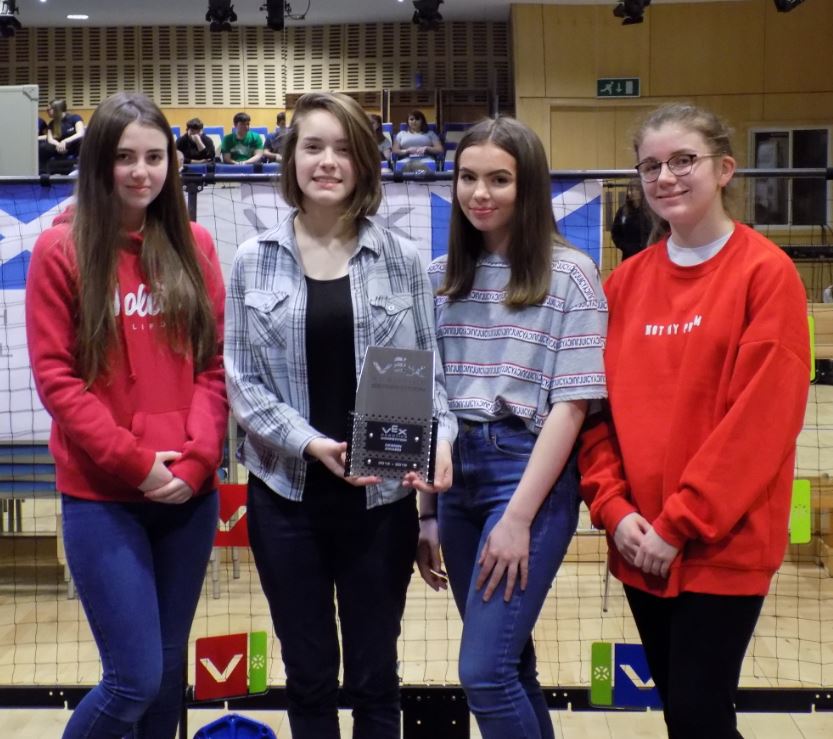 All four teams competing in the final were from Braidhurst High, cheered on by Physics teacher Muzaffar Hussain, who leads a lunchtime robotics club at the school.

Koala-T and Anonymous of Braidhurst took home the Tournament Champion trophies, while the Judges’ Award went to Neptune’s Angels, also of Braidhurst High, and the prize for best design book was given to The Masterminds of Airdrie Academy.

Koala-T and Anonymous from Braidhurst High will travel to Telford’s International Centre on February 28th to compete in the VEX Robotics Competition UK National Championships 2019. 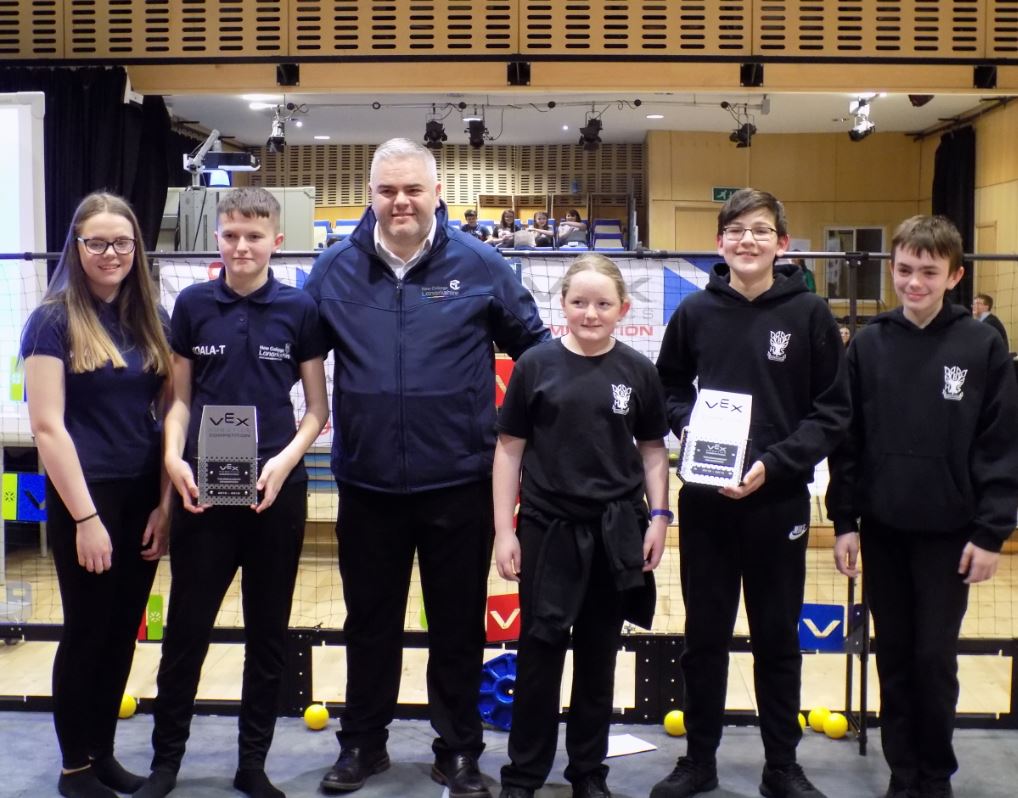 Lecturer Lisa Nicholson, who helps organise the VEX programme, said: “Getting to work with some of the most enthusiastic young people in Scotland and watching them develop in skill as well as maturity week by week has been one of the most rewarding experiences of my career so far.

“Through our VEX Robotics Club, I have also got meet some of the most dedicated teachers that support their pupils through too many hours to count every week, giving up their own free time.

“I would not have had this opportunity if it had not been for the help and support I have received from the College – especially from fellow staff members in the Faculty of Engineering.

“I would also like to thank North Lanarkshire Schools assisting with the organisation of the event.

“The pupils who take part in these competitions are truly the innovators, engineers, programmers and designers of the future and we can’t wait to see where their skills take them!” 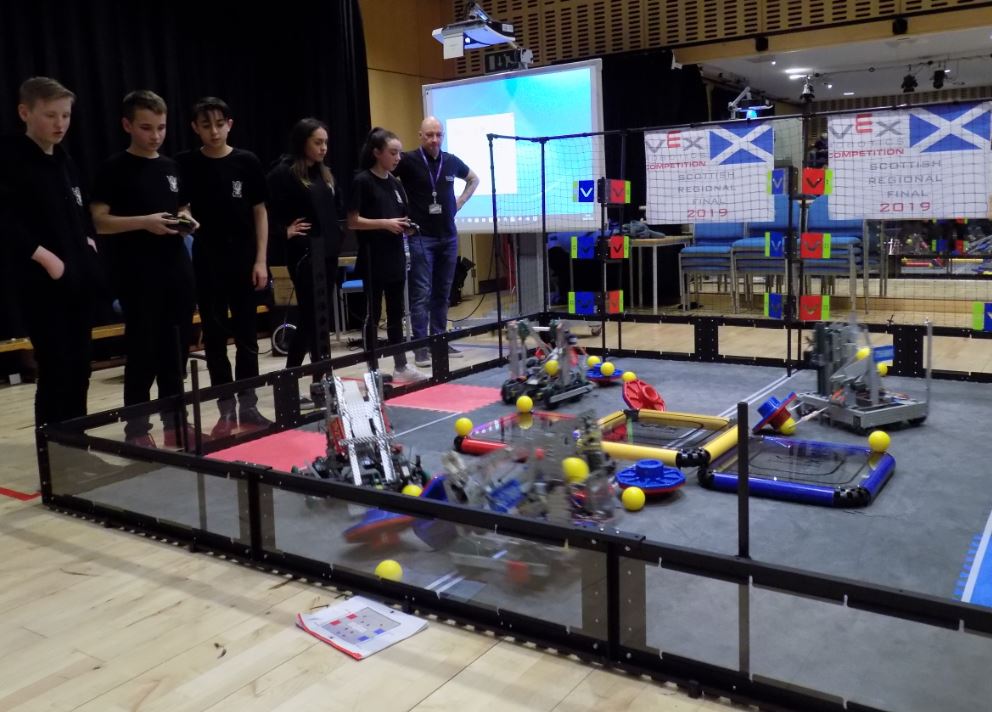 Lecturers in Computer Aided Design at the College’s Motherwell Campus host a weekly VEX Robotics Club for local school pupils to develop their skills in the design, build and programming of VEX robots.