A lecturer in Make-up Artistry at New College Lanarkshire has won a Scottish film industry award for her work on a short film.

Sharon Clark was a make-up artist on ‘She of the Land’, a horror movie which was awarded Best Costume/Make-up at the Scottish Short Film Festival 2020.

The film by Hewitt G Productions is based on a lighthouse keeper searching his land for a witch who has cursed his wife. 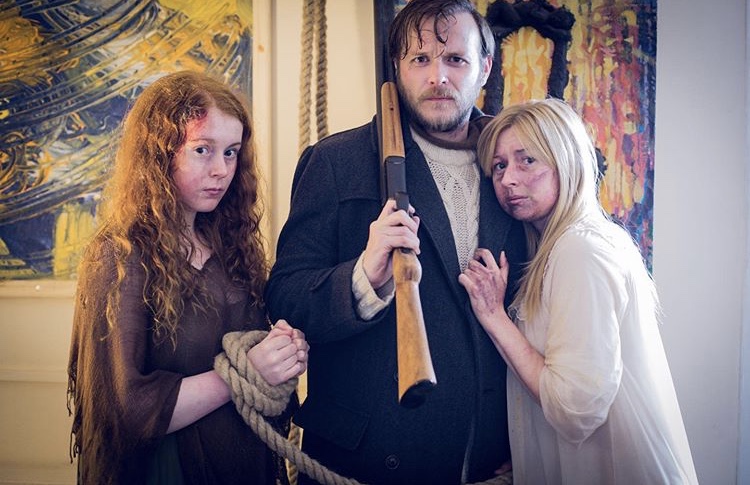 The Scottish Short Film Festival (SSFF) is now in its eighth year of promoting Scottish filmmaking and encouraging young and upcoming talent. Its virtual award ceremony was held on Saturday 12th September.

Sharon was previously nominated at the same awards for her work on a film called Mia, which was also created by Hewitt G Productions.

Sharon said: “I am delighted and very grateful to receive the award – I am very passionate about my industry and to be acknowledged for my work is a wonderful feeling. 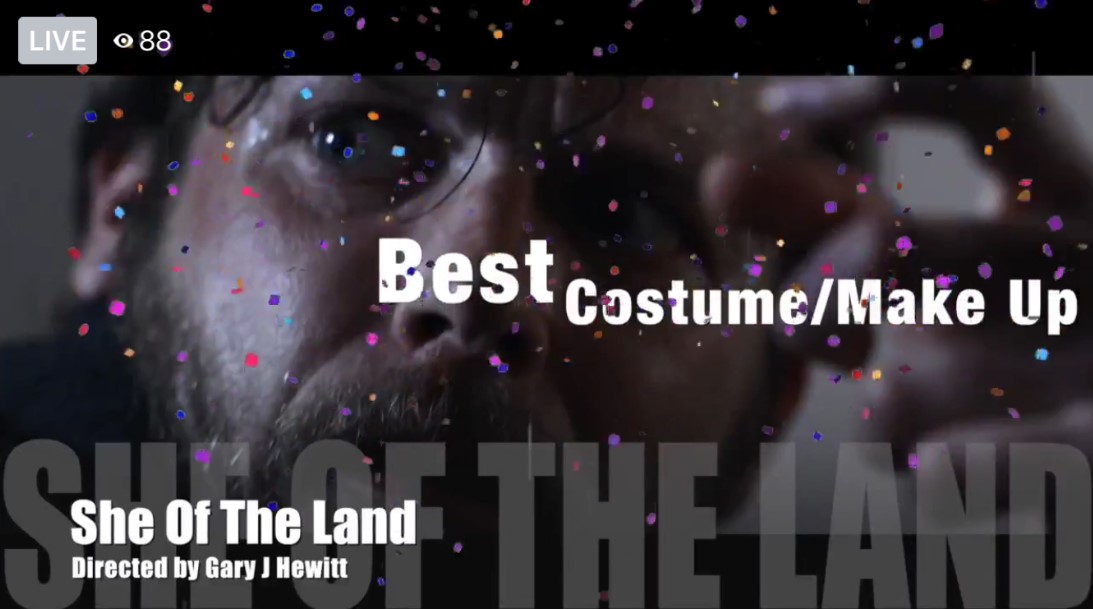 “As a lecturer, I always set aside my achievements and roles outwith college to champion that of my students. Their journey is paramount.

“However, I do feel it is valuable to share the knowledge we have of the industry we still work in to help motivate aspiring artists to achieve their dreams and goals.”

Sharon, who worked on filming in early-September 2018, received the award with fellow make-up artist Joanne McAluiffe.

She was involved in two days of shooting for ‘She of the Land’ – internal scenes at a recycling warehouse in Glasgow, and external scenes at the Mull of Galloway Lighthouse. 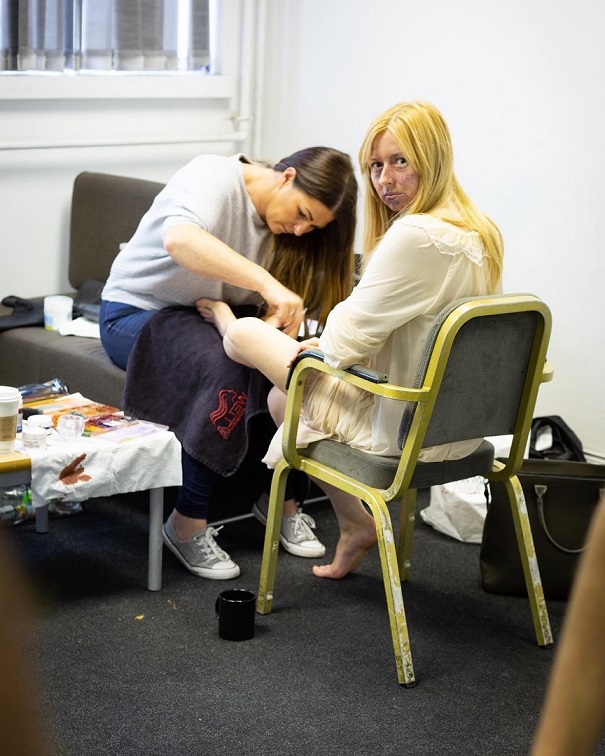 Sharon added: “I worked alongside Jo McAuliffe, who was brought in for SFX burns on the second day of the shoot.

“My brief was to have Mary, one the female lead characters, looking cursed.

“Gary J Hewitt, the film’s writer-director, had envisioned this as her body displaying the onset of rigor mortis, death creeping in before she had passed over. 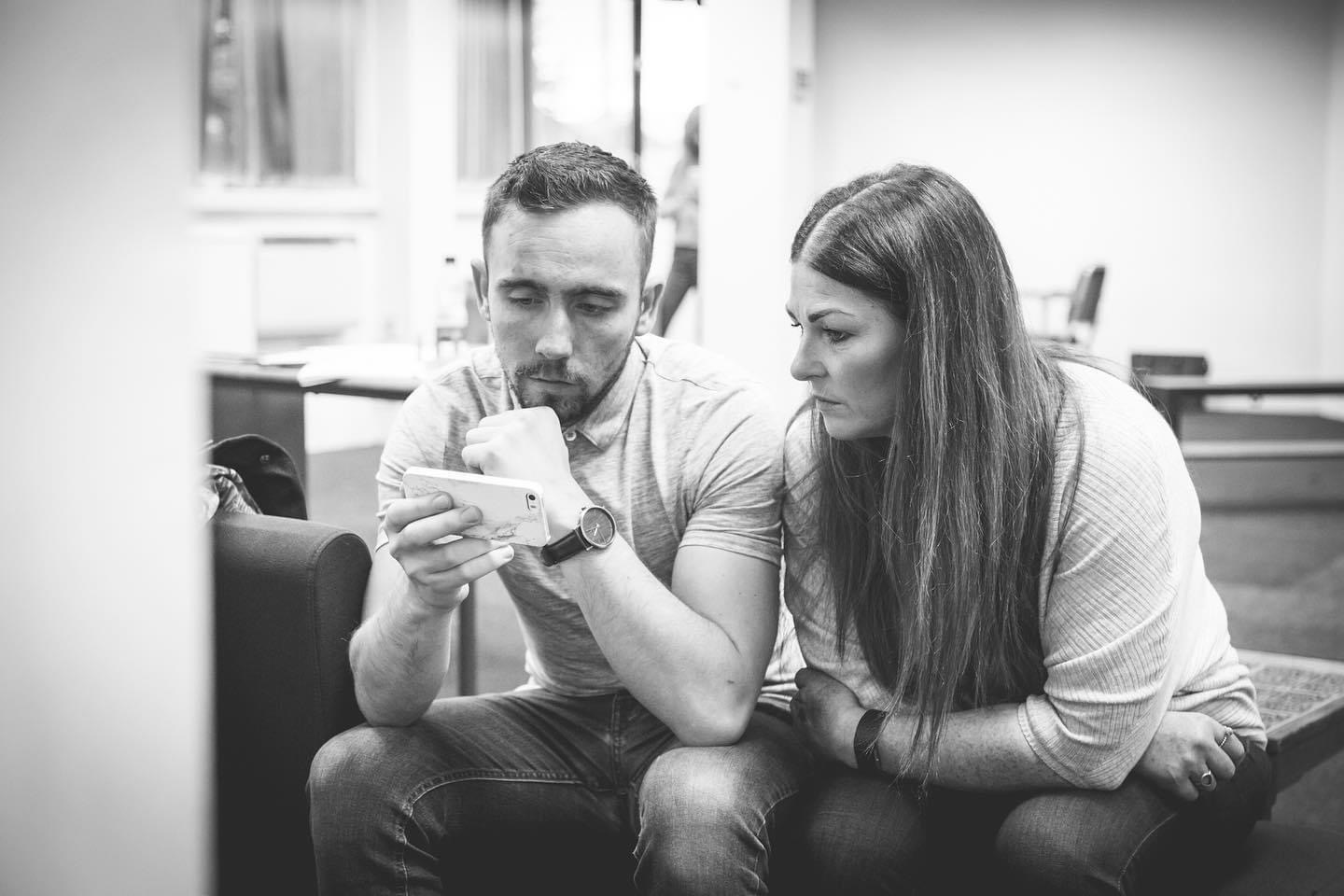 “There was a scene she had to cough up blood, which I was required to make.

“The other female lead had to show signs of trauma to the head with burn marks around the wrists – and as both ladies were barefoot in all of the scenes it involved top-to-toe make-up application.

“The male lead had to look exhausted and sweaty.”

Sharon combines her work as a lecturer at our Coatbridge Campus with working as a make-up consultant for films, and offers bridal make-up and hair services.

Prior to lockdown, she worked on a promotional video for BT Sports and Wrestlemania at Loch Lomond. She was tasked with ensuring the wig worn by Drew McIntyre’s body double withstood the Scottish weather and a swim in the loch.

Donna Brogan, Curriculum Quality Leader, said: “This is an amazing achievement for Sharon and we couldn’t be more proud of her.

“It’s important that our staff also work in industry, which ensures that they are current with industry requirements.

“This enables them to provide the highest quality of learning and teaching and valuable links with potential employers.”