They became friends while studying at New College Lanarkshire together, articulated to third-year of a degree at university together – and now Matt Ridley, Steph Hill and Gosia Borowiecka are tackling cyber-crime together having set up their own business.

Ascent Cyber, which has offices in Bath Street in Glasgow’s city centre, was established in April to provide cyber security services to small and medium-sized enterprises.

The trio, together with fourth business partner Kevin Irving, combine running the company with studying for an Honours degree in Cyber Security and Networks at Glasgow Caledonian University (GCU).

Matt, Steph and Gosia recently returned to our Motherwell Campus to share insights from their career progression with current students. 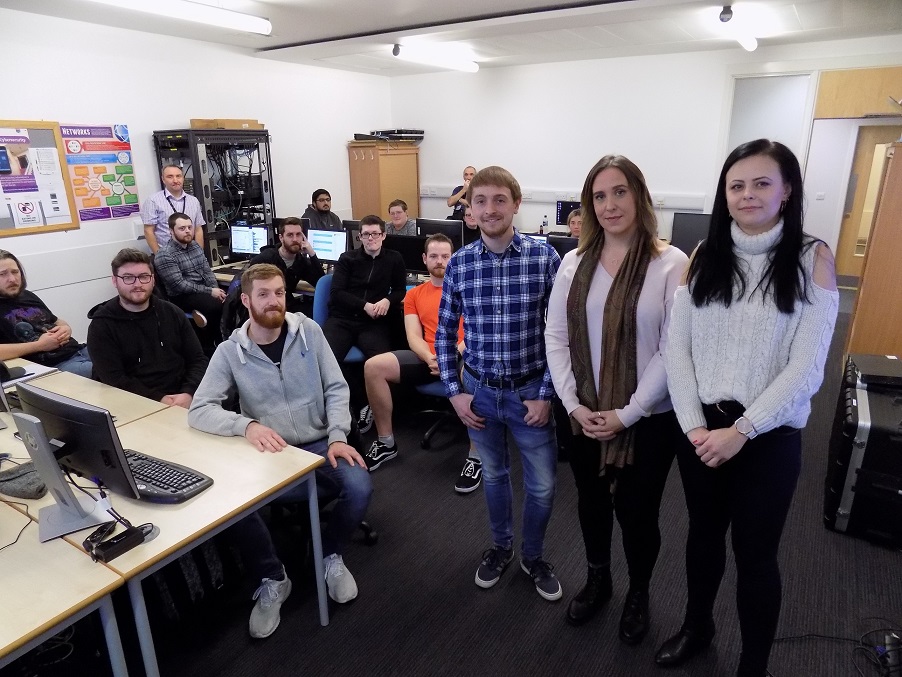 All three followed a similar career change path – they all made the decision to return to education and enrolled in HNC Computing at New College Lanarkshire.

They progressed to studying HND Networking at the College before gaining direct third-year entry to study BSc Cyber Security and Networks at GCU.

And it was at GCU that they met Kevin Irving, and where they also received the support of the university’s business start-up support centre, UHatch.

Each of the entrepreneurs has their own area of expertise: 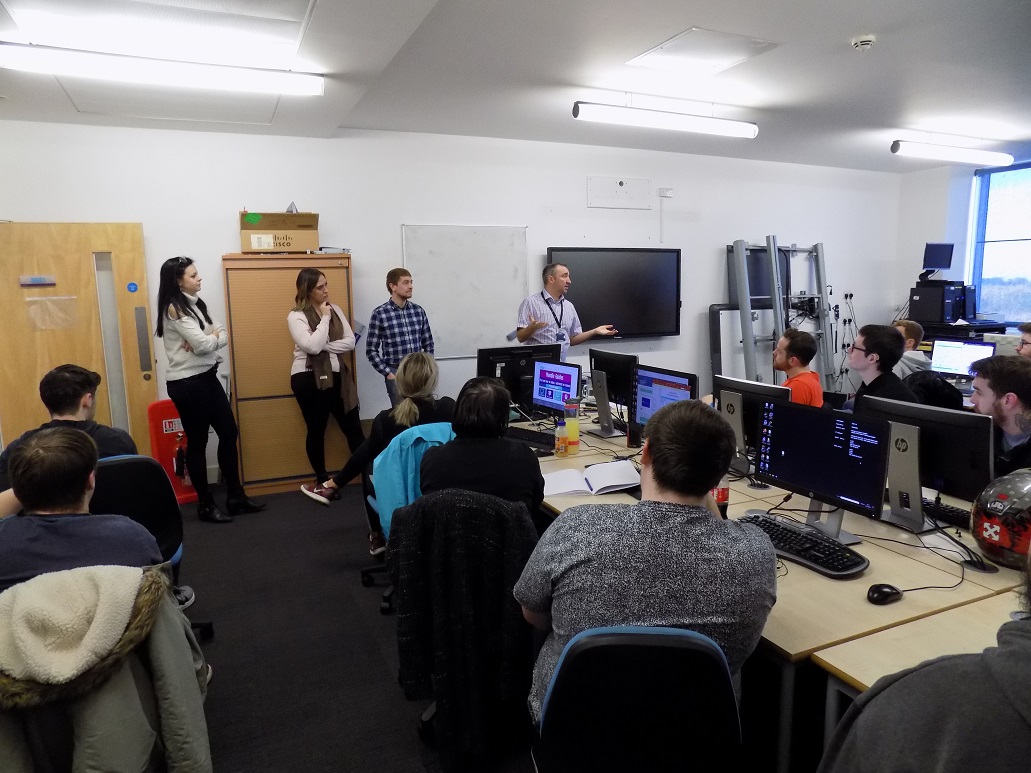 Matt, who received a ‘highly commended’ medal at the WorldSkills UK trade skills competition in 2017 in the IT Support Technician category, said: “We offer staff awareness training and consultation for small businesses, some of whom can be a bit unsure of cyber security, and help them out in a plain English, no-jargon way.

“It’s quite surreal to be invited back to the College to meet students, because two years ago we were in their position and it seems like no time ago.

“We spent two years at New College Lanarkshire and we all came from previous jobs, so this is a new career for all of us.

“Studying HNC Computing and HND Networking set us up really well for university, and I actually think it set us up better than students who came from other colleges.

“We’ve formed a really strong friendship and support group – I wouldn’t have been able to get through my HND or my first year at GCU without these guys.”

The firm has already been contracted to work with a Scottish football club and local children’s charity. 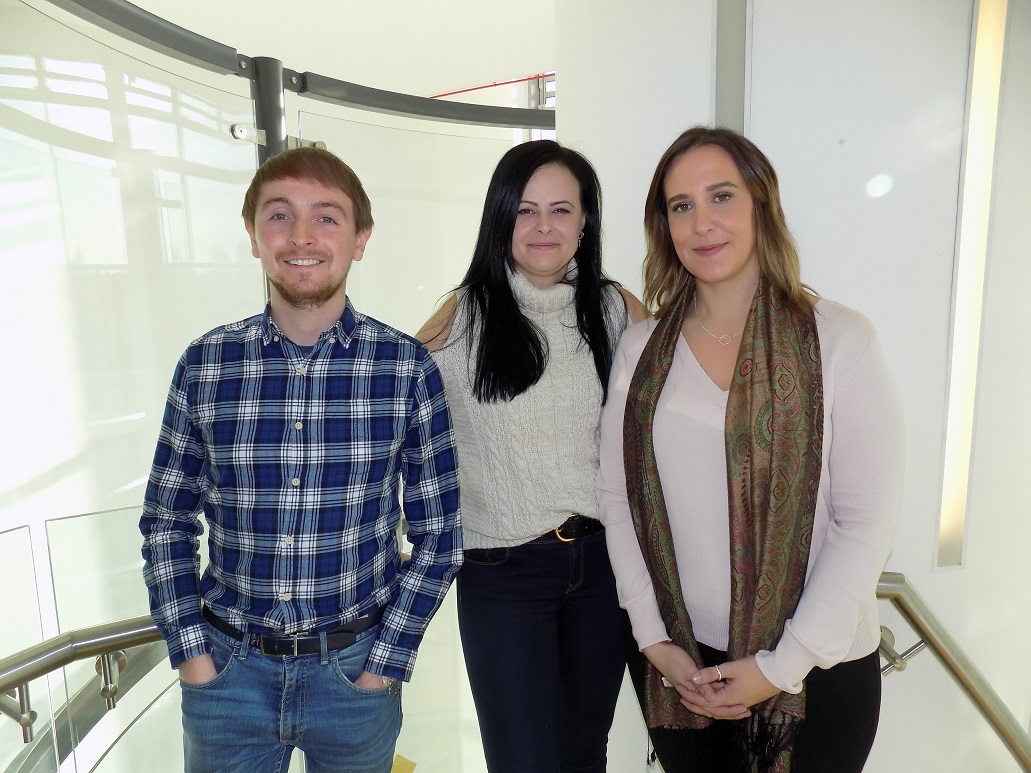 Steph said: “We’ve been marketing ourselves through social media and networking events and we’re building up a relationship with the Scottish Business Resilience Centre.

“We’re trying to gather as many contacts as possible in a range of different businesses.”

Gosia added: “We would like to get to the stage that within two or three years we’ll be in a position to be able to hire people and progressively expand the business.

“We’d like to add more products and find people like us who have come through this system, perhaps even some students from the College, to give other people a chance.”

Lecturer Paul Holmes said: “It was a pleasure to have the opportunity to welcome Matt, Gosia and Steph back to New College Lanarkshire to speak with current students about their transition to university – and also to encourage them to get out into industry.

“The students’ feedback was that the session was very helpful and informative.

“It’s also very encouraging to me personally to know that just over 18 months ago they were learning in a classroom in our Motherwell Campus – and now they’ve set up their own cyber security business while continuing to study for their Honours degrees.”

Read more about our range of Computing courses here: