He chatted with Engineering apprentices and their lecturers during a visit to coincide with the Scottish Government’s response to the introduction of the Apprenticeship Levy.

New College Lanarkshire currently trains more than 700 Modern Apprentices in partnership with Skills Development Scotland and through a range of commercial contracts.

During his visit, the Minister also made an announcement on the Scottish Government’s new £10million Workforce Development Fund.

Speaking at the £2.3million purpose-built HGV Training Centre, the Minister congratulated the College on recently being named ‘Best in the UK’ for the third time in four years at the WorldSkills UK trade skills contest in Birmingham. 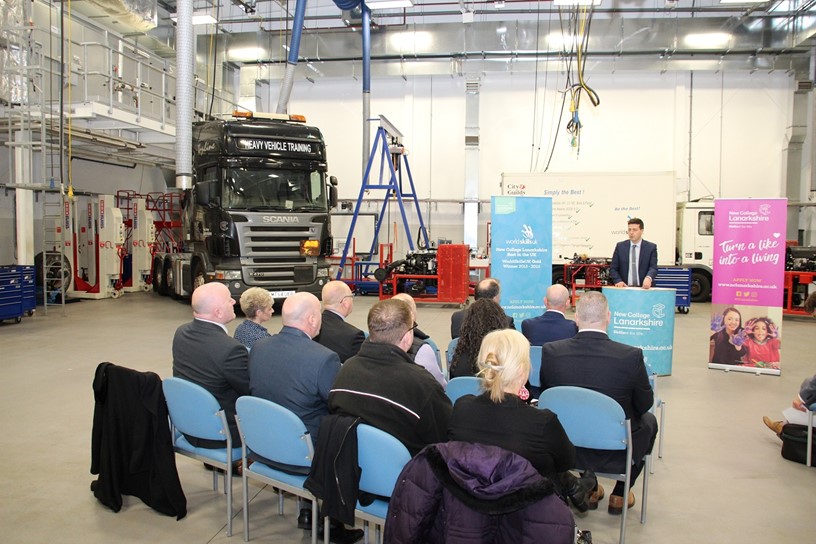 Mr Hepburn said: “I’m absolutely delighted to be here at this fantastic, impressive building in the Motherwell Campus of New College Lanarkshire.

“I want to say a massive, hearty well done on being named ‘Best in the UK’ for the third time in four years at the WorldSkills UK trade skills competition.

“Those of us who know this College well will be unsurprised by such recognition and you can be justifiably proud of this accolade.

“You offer an impressive range of learning and training opportunities and apprenticeships, and this is why I wanted to come here, to New College Lanarkshire, to formally issue the report that sets out the Scottish Government’s response to the UK Government’s Apprenticeship Levy.”

Afterwards, the Minister was taken on a tour of the College’s Engineering workshops by Martin McGuire, Principal and Chief Executive of New College Lanarkshire.

Mr McGuire said: “I am pleased that the Minister has acknowledged that we have won ‘Best in the UK’ for a third time in the last four years, which means that our commitment to skills and skills development is being recognised on a national level.

“I’m also pleased that our commitment to apprentices is being recognised, as we have more than 700 Modern Apprentices here at New College Lanarkshire.

Mr Hepburn, who represents the Lanarkshire constituency of Cumbernauld and Kilsyth, chatted with Modern Apprentices in workshops dedicated to teaching the practical skills necessary for a career in Securities or Joinery & Carpentry.

New College Lanarkshire is one of only four centres in Scotland to offer training for Modern Apprentices in Securities.

The Minister was told how Securities apprentices travel from as far afield as Aberdeen and Dumfries to attend classes, staying overnight at the College’s Halls of Residence. 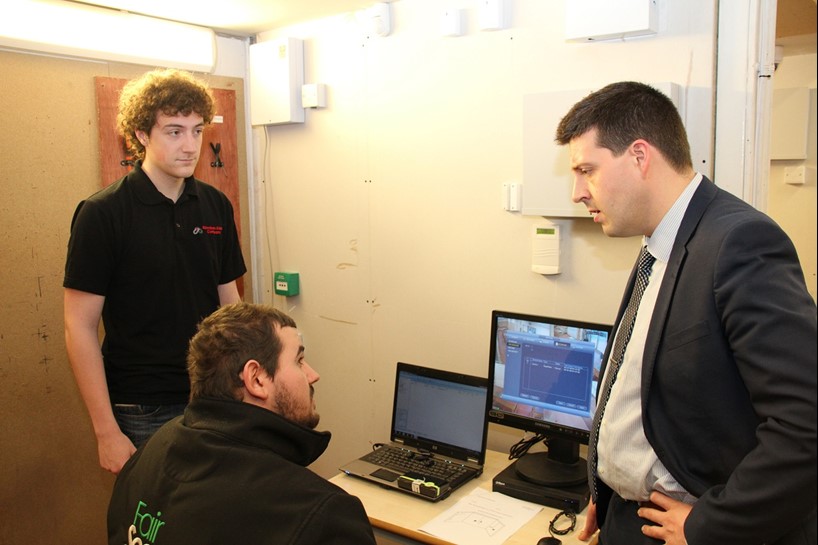 Having taken on 56 first-year Securities apprentices in the current academic year, apprentices are taught about the four aspects of the industry: CCTV, Fire, Access Control, and Intruder Alarms.

The Minister then watched Modern Apprentices of Joinery & Carpentry work on a straight-flight stairs project.

He spoke with Gordon Wilson (33) from Allanton, Shotts, who was recently named runner-up in the Adult Apprentice of the Year category at the SBATC (Scottish Building Apprenticeship & Training Council) Awards 2016, which was held in November at the Scottish Parliament. 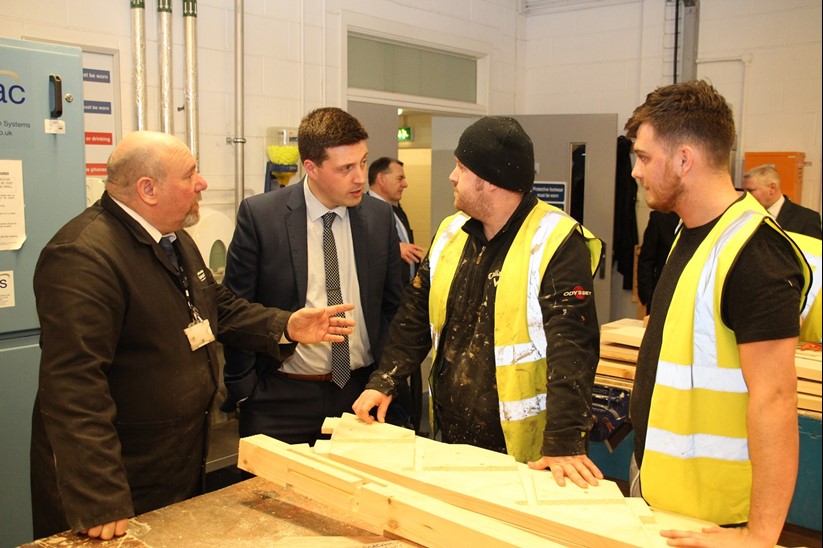 The College also provides training to Automotive apprentices through a partnership with ReMIT Training and works with SECTT (Scottish Electrical Charitable Training Trust) to train electricians.