Pupils from five high schools have battled it out to be crowned winners of the VEX Robotics Scottish Regional Finals at New College Lanarkshire.

The competition aims to bring STEM (Science Technology Engineering and Maths) to life by tasking teams of students with designing, building and operating a robot to play against rival teams. 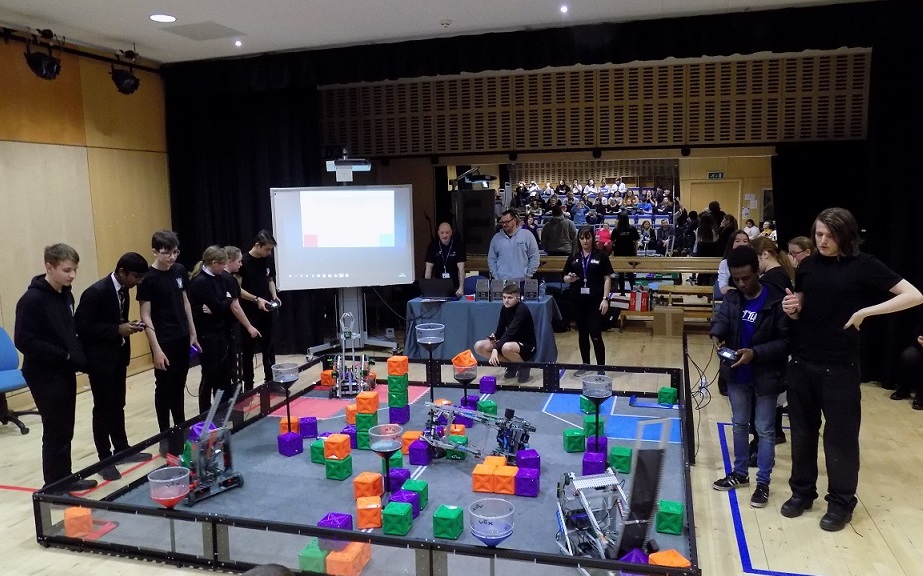 Arenas were set up in the Social area and in the music studio, which allowed the 13 teams involved to practise their skills in the morning ahead of main qualifying matches in the afternoon.

There were a series of qualifiers in which pupils competed to score more points than their opposing ‘alliance’, with the top-scoring teams progressing to quarter-final matches and then semi-finals.

This year, the object of the game was a ‘Tower Takeover’, in which robots manoeuvre 66 coloured cubes into seven towers and into goal areas, which are set out in a 12ft by 12ft arena.

Visible and Anonymous, both from Braidhurst High School, were victorious in the final, taking home the Tournament Champion trophies for their alliance. Both teams will travel to Telford’s International Centre on February 28th to compete in the VEX Robotics Competition UK National Championships 2020.

Meanwhile, a Judges’ Award was given to B1@nk of Brannock High School, and the prize for best design book was awarded to Inepticons of Airdrie Academy. 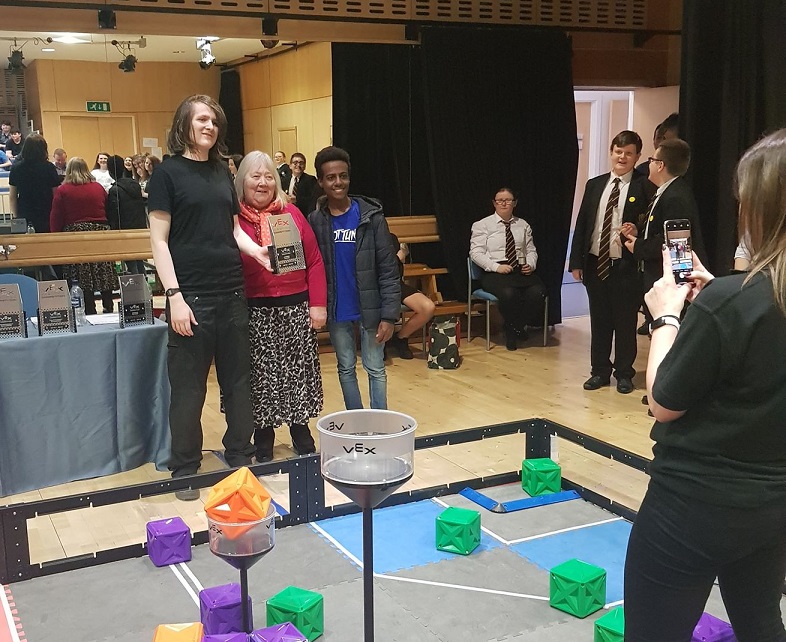 Lecturers in Computer Aided Design host a weekly VEX Robotics Club for local school pupils to develop their skills in the design, build and programming of VEX robots.

CAD lecturer Lisa Nicholson, who helps organise the VEX programme, said: “The school pupils who regularly attend our weekly after-school club at the College continue to impress us with their team-working skills, their innovation and their dedication.

“It is a pleasure to be able to work with them on competitions such as this, which encourage young people to get fun, hands-on experience of programming and mechanical engineering.

“More than 55% of our participants are female, and we’re delighted to be working closely with Fir Park Secondary this year to help make our club more inclusive than ever.

“I would like to thank North Lanarkshire Schools for assisting with the organisation of the event.

“The pupils who take part in these competitions are truly the engineers, programmers and designers of the future and we can’t wait to see where their skills take them!”