A New College Lanarkshire apprentice has been named the overall winner of a prestigious national apprentice competition.

Corrie Stewart, who is in the third year of her apprenticeship with Connelly Security Systems (CSS), won the title of overall winner at the British Security Industry Association’s (BSIA) Annual Luncheon on 12th July which hosted the Apprentice Installer Awards.

The awards recognise the academic and practical successes of Level Two and Level Three apprentices involved in the installation of alarms, CCTV, access control or a combination of these systems. As well as rewarding the accomplishments of bright young apprentices, the awards also highlight the commitment of security companies and training providers in providing young talent with the opportunity to succeed in the security industry.

Corrie was nominated by Curriculum and Quality Leader for Built Environment and Electronic Fire and Security, David Scott, who has been impressed by the 21-year-olds progress since starting her apprenticeship in 2015. 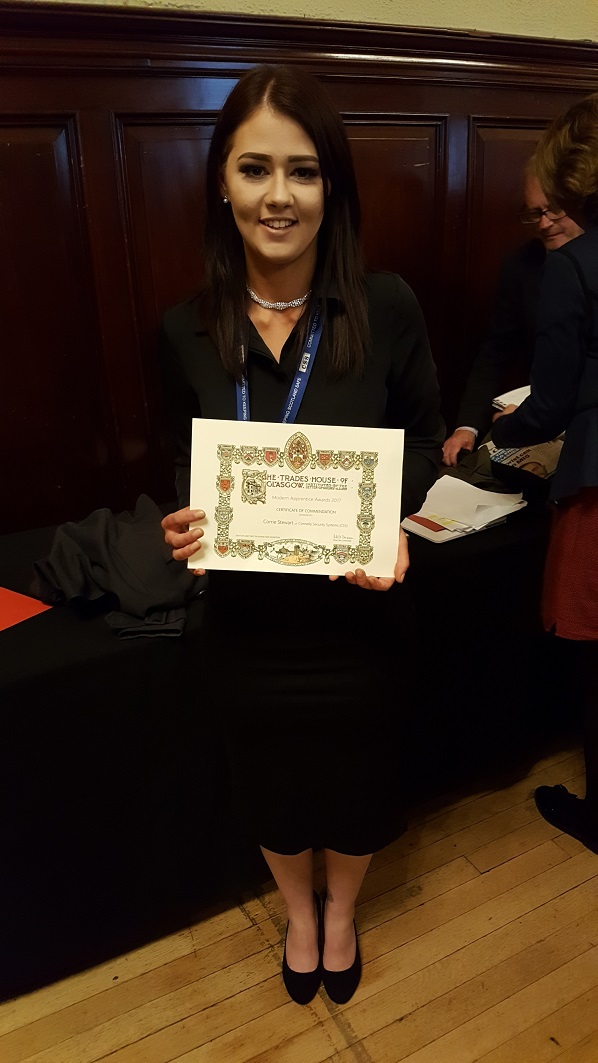 He said: “Corrie has been impressing her peers and tutors at every level of her apprenticeship, being nominated for the award for her attention to detail and overall skillset. She is performing well beyond her years in terms of understanding systems and system circuitry.

“Excelling in both the theory and practical elements of her apprenticeship, Corrie has completed 12 units of her qualification with a 90% pass mark or more.

“Although a third year apprentice, she is already out on her own running her own fire and security jobs, which include installation and maintenance visits to British and European standards.

“Her fantastic interpersonal skills means she never leaves a customer until they are comfortable and compliant in using the systems.”

Talking about her award, Corrie enthused: “I am incredibly proud to have won this award – it feels so surreal! I’ve absolutely loved my apprenticeship with New College Lanarkshire and CSS. It’s been hard work but my determination has paid off and I can’t wait to see where it takes me next.”

She added: “The apprenticeship has given me an opportunity to enhance my skills, gain valuable experience and work with those who have vast experience in the industry. The programme offers a varied career that requires skills and problem-solving and you face different challenges every day. I’m really proud of my success in such a male-dominated industry, but I can already see it changing and am delighted to hear that there’s another female apprentice in first year now.”

Corrie was presented the award in front of the industry’s finest at the BSIA’s Annual Luncheon, which was held in the The Grand Connaught Rooms near Covent Garden. 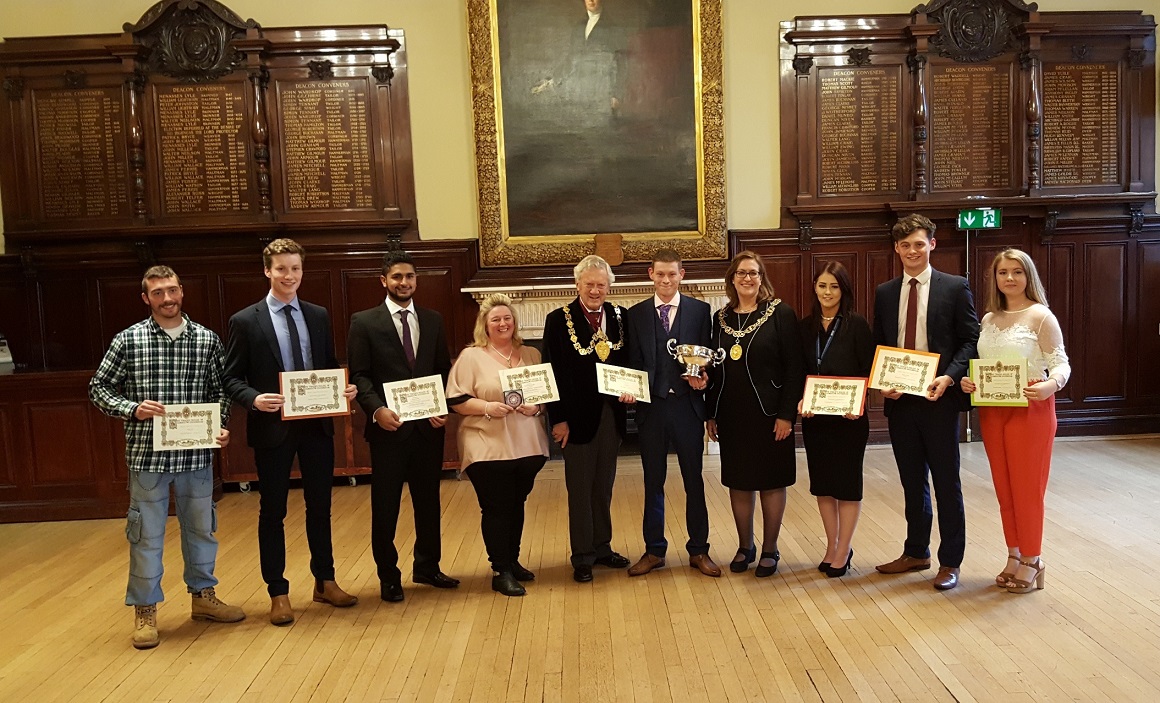 Not her first award of the year, Corrie recently came first at IFSEC International’s Engineers of Tomorrow competition – the UK Security Skills Competition for Young Engineers and Apprentices. She also ranked in the top eight in Glasgow’s Modern Apprenticeship Awards.

A former pupil of Biggar High School, she also won a college award for her skills in Electronic Fire and Security Systems after being named the overall winner at a competition held during Scottish Apprenticeship Week.

New College Lanarkshire is one of only four centres in Scotland to offer training for Modern Apprentices in Securities, which teaches the four aspects of the industry: CCTV, Fire, Access Control, and Intruder Alarms.

For more information on the wide range of Modern Apprenticeships on offer at New College Lanarkshire, email apprenticeships@nclan.ac.uk or call 0300 555 8080.

For more information about the BSIA, please visit: www.bsia.co.uk