For the last three months, big-hearted fundraisers at our Cumbernauld Campus have raised awareness of the Samaritan’s Purse ‘Shoebox Appeal’, which sends essentials and toys to disadvantaged children around the world.

Students of the NQ Administration and IT course led the fundraising challenge by enlisting support from across the College in addition to a number of local businesses.

They held two fundraising days to raise awareness of the appeal, and also encouraged students and staff to pass donations on to the Learner Engagement Team and Students’ Association. 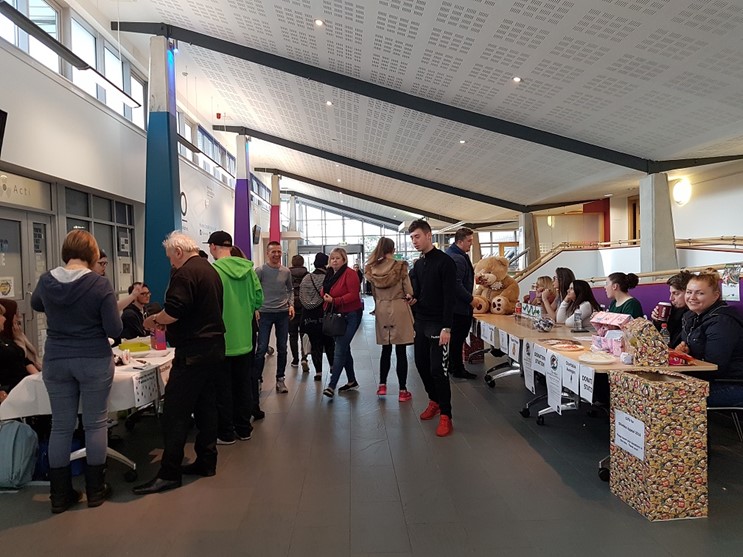 Shoeboxes were labelled by gender and age range, and included items such as stationery, toys, clothes, sweets or personal care items like toothpaste and brushes.

The Operation Christmas Child Shoebox Appeal has since 1990 given more than 124 million shoeboxes to children living in poverty across the globe.

Samaritan’s Purse is an international relief and development organisation that works in Africa, Eastern Europe and Central Asia.

The fundraising challenge formed part of the event assessment for the 16 students involved, who were split into three teams. 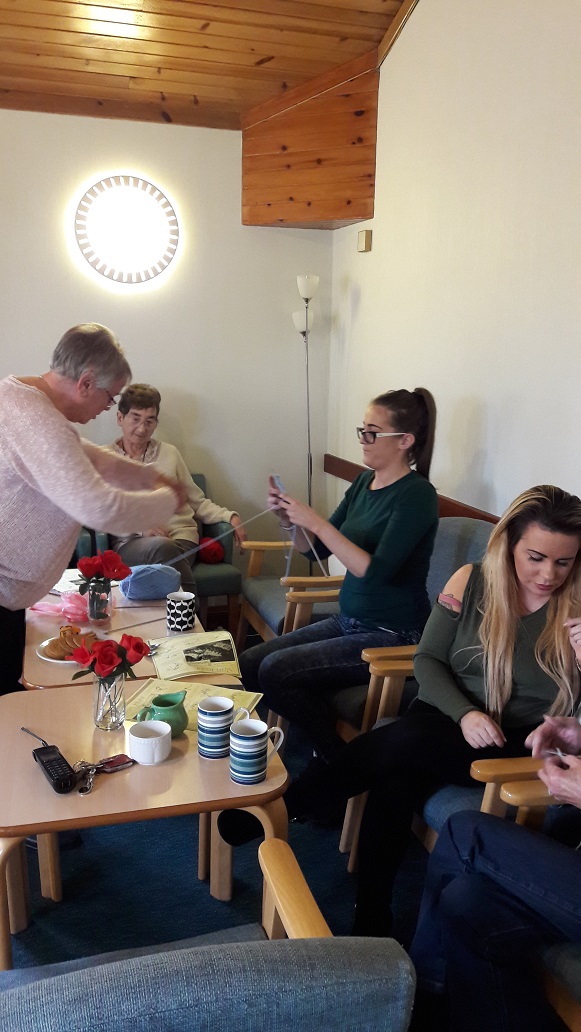 Hillcrest Court’s manager Elizabeth Fox said: “Working alongside the College, its staff and students was a very worthwhile experience for myself and my tenants.

“I have watched tenants who may not normally see each other come together and produce some lovely knitting.

“A good number of tenants also went out to the shops and purchased items for the boxes.

“It was lovely to watch the tenants teach the students how to knit, a new skill to be passed on, and I enjoyed watching the intergenerational interaction.”

In addition to the fundraising group’s efforts, HND Beauty student Amanda MacDonald held a raffle for the appeal, while there were donations from Supported Programmes and Faculty of Care students as well as the Cumbernauld Campus Nursery.

A sum of £55 was raised in cash donations. 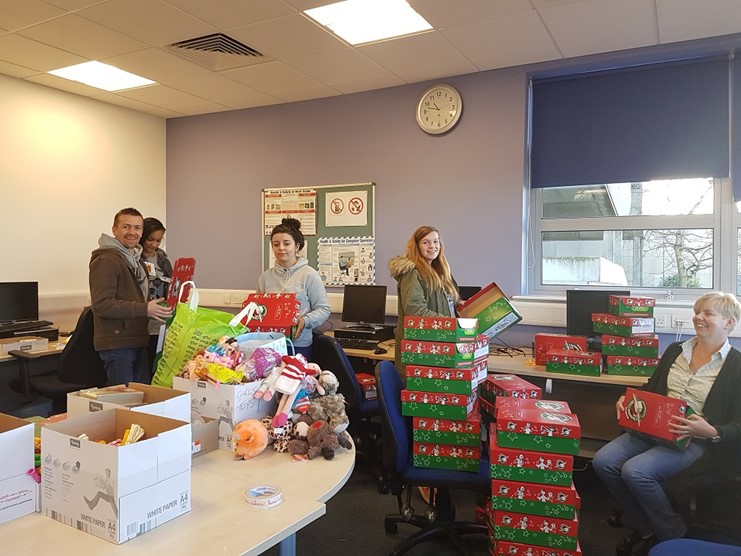 Lecturer Beatrice Soutar said: “Classes at our Cumbernauld Campus have chosen this appeal as their class project for a number of years.

“This year's group have worked very hard and have been so involved and so enthusiastic in trying to send as many shoeboxes as they can from the College to the children.

“We couldn’t have done this without the help of staff from our Learning Centre, Admissions, Reception, Estates, Learner Engagement team and the Students’ Association – and we’d like to thank students, staff and their families across all NCL campuses.

“The shoeboxes from New College Lanarkshire this year will go to Belarus and Romania.

“We hope that by doing this we will help bring happiness to children around the world who do not normally receive anything on Christmas Day.”