Performing Arts students from New College Lanarkshire are set to star in a lavish pantomime production of Aladdin.

South Lanarkshire Leisure and Culture (SLLC) and New College Lanarkshire are teaming up for a seventh consecutive year to co-produce the annual Christmas show, which opens at the Town House in Hamilton before transferring to Rutherglen Town Hall.

Almost 15,000 tickets are available for the festive family show, which this year features an ensemble made up of 30 current HND Musical Theatre students.

The five principal roles are all played by recent graduates of New College Lanarkshire, including Scott Fleming as Aladdin, Hannah Berry as Princess Jasmine, Dionne Frati as Wishee Washee, MJ Deans as Abanazar and Steve Russell as Widow Twankey.

Set in Old Peking, the panto tells the story of a penniless street urchin who falls for a princess and finds himself tricked by an evil sorcerer, Abanazar. 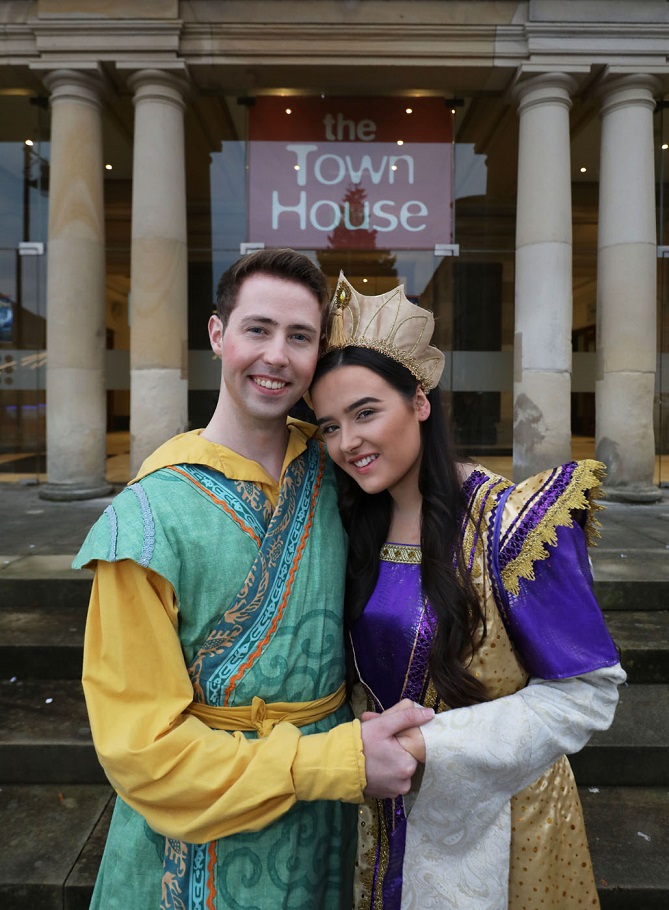 It is being directed by NCL Performing Arts lecturer Francis Lyons, who also directed last year’s Jack and the Beanstalk, and Beauty and the Beast in 2017.

He said: “Aladdin is my favourite panto, so I’m really enjoying it.

“This will be the HND students’ second year of performing in panto, so they know what’s involved, the standard is higher and we can do more difficult things.

“Our collaboration with SLLC provides graduates with a route to employment and gives our current students the opportunity to work in a professional panto.

Rehearsals began in September on numbers that include Panic! at the Disco’s ‘High Hopes’, Taylor Swift’s ‘ME!’, Lil Nas X’s ‘Old Town Road’, ‘bad guy’ by Billie Eilish, ‘Rewrite the Stars’ from The Greatest Showman, and 'Someone You Loved' by Lewis Capaldi.

Francis added: “The shows are selling really well – for the last two years Rutherglen has sold out before it has even opened.

“When the shows are sold out, particularly the schools’ shows in Hamilton, it’s absolutely incredible.

“Last year we had ‘Baby Shark’ – and seeing 700 primary kids dancing along to ‘Baby Shark’ is a sight to behold!”

Aladdin is at the Town House Hamilton from Saturday 30th November until Sunday 8th December, and then Rutherglen Town Hall from Wednesday 11th until Monday 23rd December.

There are a range of matinee, school and evening performances. Individual adult tickets start at £13.50, with a family ticket for four priced from £45.

Tickets are available from www.sllcboxoffice.co.uk