Performing Arts students have demonstrated their talents to agents and entertainment industry professionals at an invite-only showcase event. 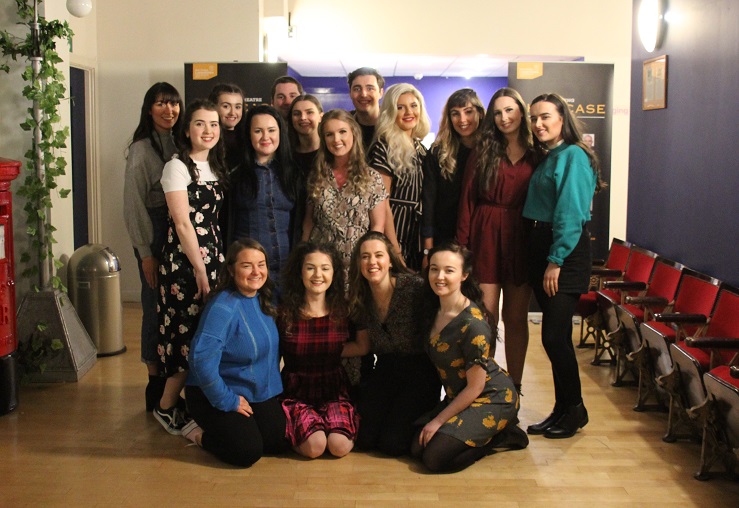 Sixteen BA Musical Theatre students (above) opened their two 70-minute performances with Raise the Roof from The Wild Party and closed with Over & Done With from the Proclaimers’ musical, Sunshine on Leith.

A further 16 BA Acting students (below) also performed two 70-minute showcases at the event, and these included extracts from Liz Lochhead’s Mary Queen of Scots Got Her Head Chopped Off, David Mamet’s Oleanna and Red Peppers by Noel Coward. 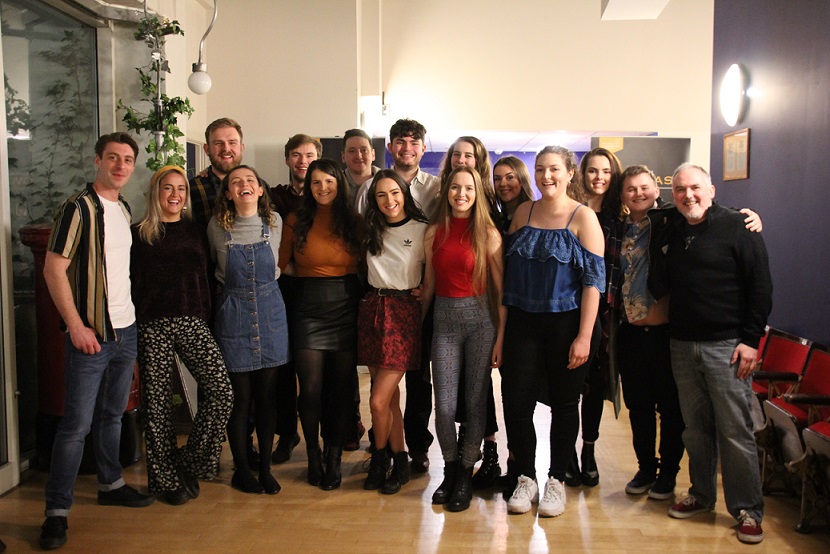 Following the performances, students had a chance to chat with the invited guests over refreshments.

Gregor Duncan, Curriculum and Quality Leader for Performing Arts, said: “Since starting the BA Performing Arts courses at New College Lanarkshire, the standard and talent of the students has grown every year.

“This year we are delighted that our courses have been validated by Queen Margaret University and are looking forward to building our partnership with them over the coming years.

“The dedication of the staff and the commitment of the students is evident from the quality of work being performed.”

Dr David Stevenson, Head of Media, Communication and Performing Arts at Queen Margaret University, added: “We have a long and proud history of delivering degree-level education in the performing arts and are committed to ensuring that Scotland’s cultural sector is as diverse and as vibrant as its population.

“In developing this partnership, I have been impressed with the talent, passion and enthusiasm of both the staff and students of New College Lanarkshire.

“I look forward to seeing each and every one of these students graduate and to welcoming them as a part of Queen Margaret University’s global network of alumni.”

Members of the public will be able to watch the students in action in a series of performances in May.

BA Acting students will stage two productions at Scottish Youth Theatre: Our Town from May 13 until 15, and All My Sons from May 18 until 20.

Meanwhile, BA Musical Theatre students will stage Nunsense and The Last Five Years at Websters Theatre on Great Western Road in Glasgow from May 22 until 26.