Students representing Lanarkshire as part of a global employability initiative have graduated in a Celebration of Achievement event.

The students were joined by friends, family members, mentors, employers, lecturers and invited guests at the event held at our Motherwell Campus.

The three teams of students – who are based at Hairmyres, Monklands or Wishaw General hospitals – received certificates and a gift as a mark of their accomplishments. 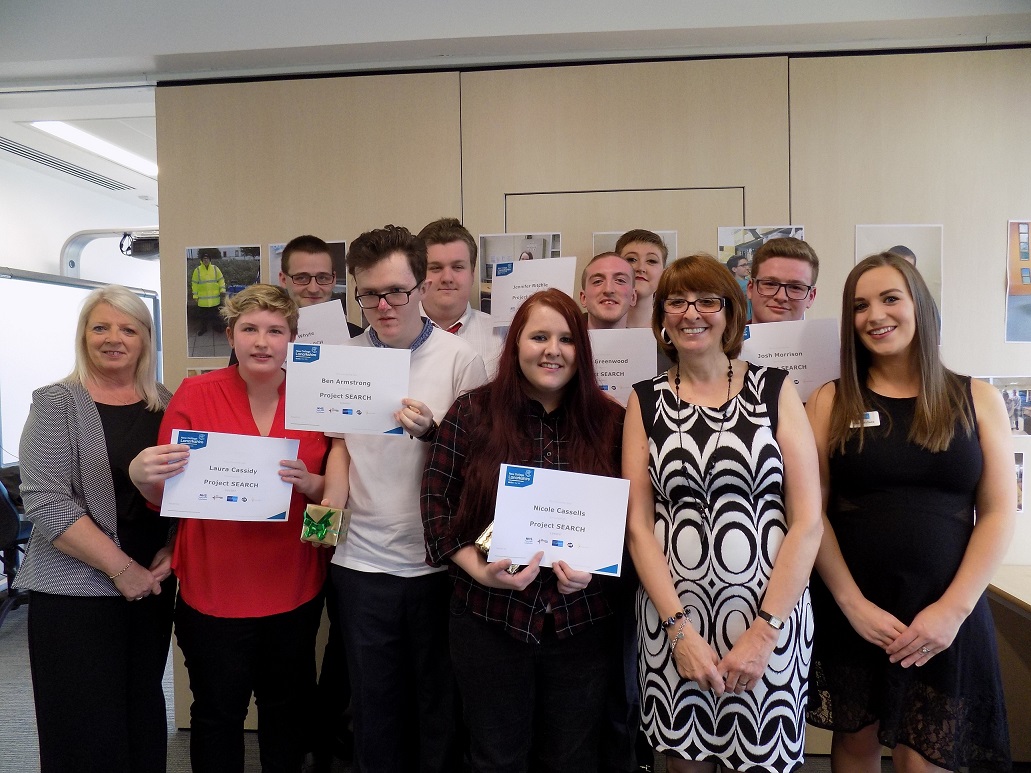 It started in Cincinnati Children’s Hospital in 1996 and has grown to more than 300 sites across the USA, UK, Canada, Ireland and Australia. 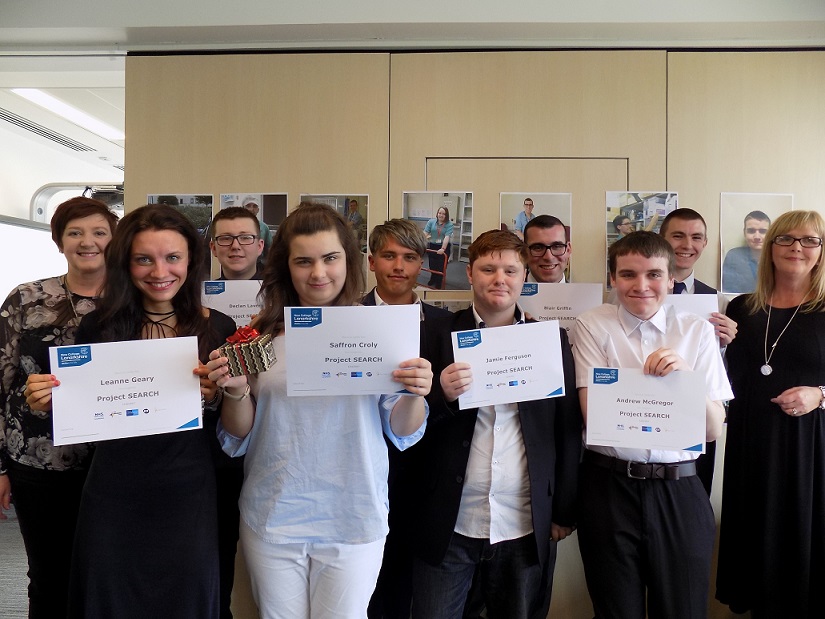 The graduation ceremony was hosted by David McShane, the College’s Head of Faculty of Supported Learning, in conjunction with Curriculum and Quality Leader Adam Fairweather.

David said: “It is this partnership approach that has ensured the success of Project SEARCH and I’d like to thank all of the partners for their input and support this year.

“This is the students’ day and I want them to enjoy it, to be proud of what they have done because it’s a massive achievement, and everyone at New College Lanarkshire wishes them all the very best for the future.”

After receiving their certificates, one student from each of three sites made a moving speech about how the programme has changed their lives.

Declan said: “This time last year I didn’t imagine that I would be working, have my own money, loads of new pals and that I’d feel respected.

“Just because you have an additional support need, it doesn’t mean that you can’t get a job. Anything is possible with the right support.”

Lorraine and Allan Bryce from Cambusnethan were proud to see their son Steven receive his certificate.

Steven won three medals in athletics at the Special Olympics 2015 in Los Angeles – and now has his sights set on competing at the Tokyo 2020 Paralympics Games. 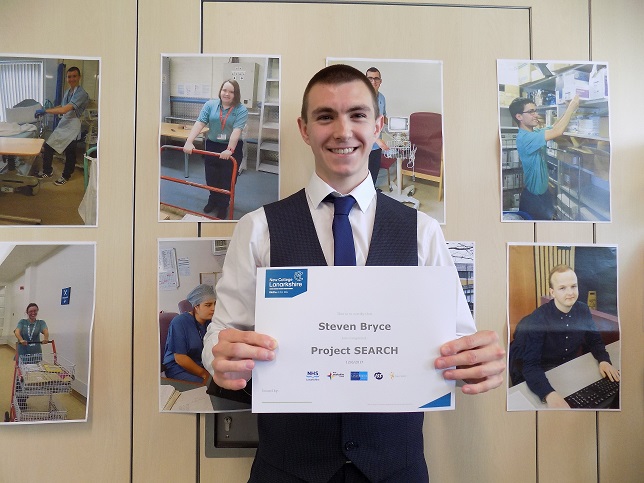 Mum Lorraine said: “He’s done really well and his confidence has come on a lot since he’s been part of Project SEARCH.

“He really enjoyed his rotation in day surgery in particular and we’re hoping that a job will come up soon for him.”

There were also speeches from job mentor Sharon Kennedy from The Lanarkshire Beatson and Peter Higgins, Training Manager for ISS at Hairmyres.

Peter Higgins, who has worked at the East Kilbride hospital for 40 years, said: “I see the students on a day-to-day basis and it’s a great project.

“The difference in the students over the course of the year is night and day – there’s a big progression in terms of the confidence that they gain.”

Project SEARCH Lanarkshire was the first Scottish franchise and started in 2010 at Wishaw General Hospital and in 2012 expanded to Monklands and Hairmyres.

To date, the Lanarkshire initiative has found more than 80 jobs for its trainees. 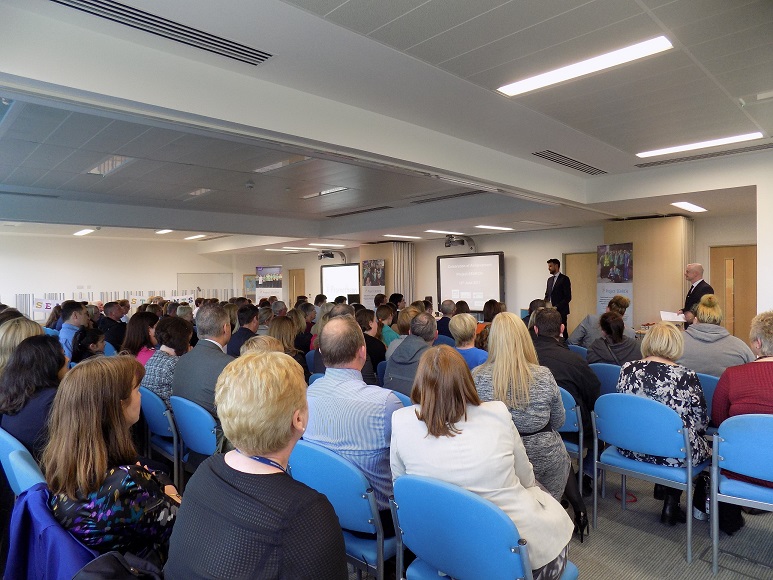 Lorraine Scott, Recruitment Manager for NHS Lanarkshire, said: “It’s very rewarding for the students and very humbling for ourselves to see how they have come on throughout the year.

“They’re normally quite shy at the start and then to see them getting jobs at the end is absolutely brilliant.

“Everyone in the partnership is working together to achieve the same outcome – to get as many students into employment as possible.”

Students attend for one academic year and are supported by a job coach and a lecturer. During the year, they complete three work placement blocks lasting 10 to 12 weeks in departments such as the laboratories, portering, domestics, catering, groundskeeping and the mail room. 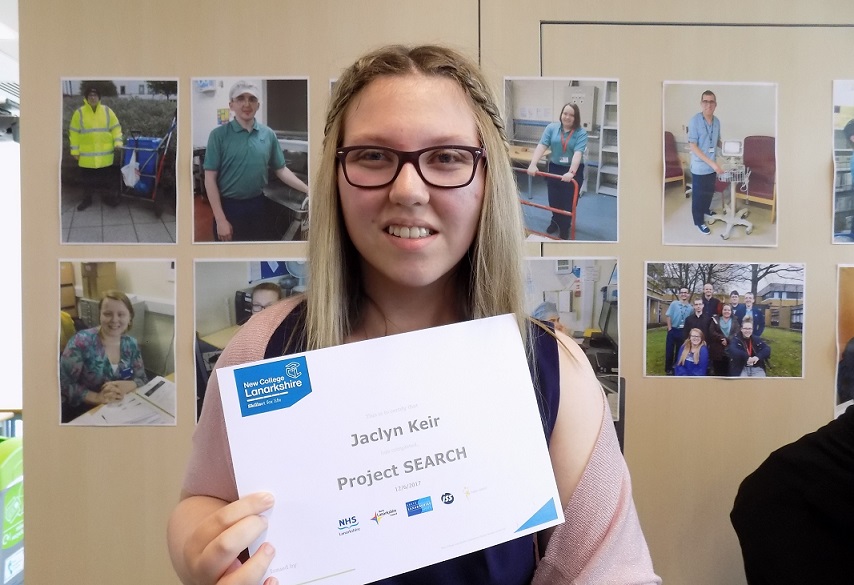 “It is an excellent example of how, working collaboratively with our partners in the public and private sectors, we are significantly improving the employment opportunities of young people with disabilities and transforming their lives through the power of work.

“The graduation ceremony provides a platform for the young people to share their positive journey and the impact the programme has had on their lives.”

“A learning disability should not be a barrier to employment and Project SEARCH is proof of this.

“We have all seen the students make real progress over the last year and they deserve to be recognised for this achievement.” 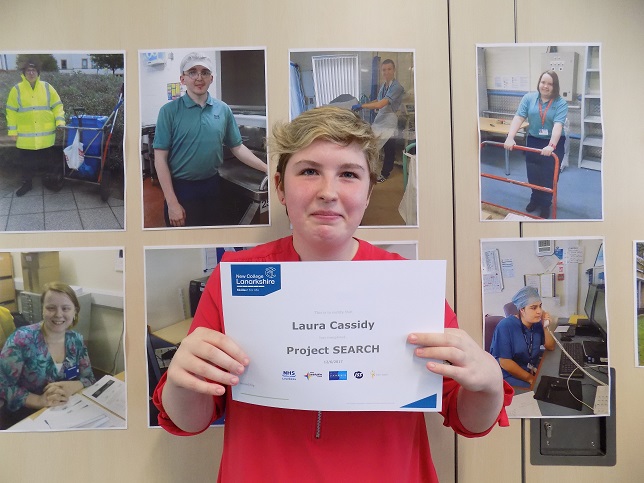