School pupils get to grips with equipment on Uniformed Services class

School pupils from across Lanarkshire are learning about the uniformed and emergency services through a partnership with New College Lanarkshire.

Around 110 pupils from schools in the North and South Lanarkshire Council areas attend a class at College one day per week to get a taster of a career in the military or emergency services.

Pupils from S4 to S6 receive a mix of classroom tuition at our Motherwell Campus in addition to fitness training at the nearby Ravenscraig Regional Sports Facility.

They also have visits from agencies such as the RAF, Army, Royal Navy, Police Scotland, Scottish Fire & Rescue and Scottish Ambulance Service to learn more about potential career opportunities.

Lecturer Mark Kay served for almost 10 years in the Royal Artillery, specialising in communications systems, during which time he was posted in Iraq and the Falklands.

He said: “Sometimes pupils will come here with a ‘Call of Duty’ idea of what the armed forces are going to be like, and this gives them a better understanding of what they will be involved in.

“I’ve loved teaching this class for the last two years – it’s good to look into the different forces as well as bringing in my own background.”

A wide range of sample equipment is used in classes, with pupils being able to try uniforms and kit used in the armed forces.

The Faculty of Care & Science recently received a donation of a bulletproof vest from body armour manufacturer SafeGuard Clothing, which is being used in classes. 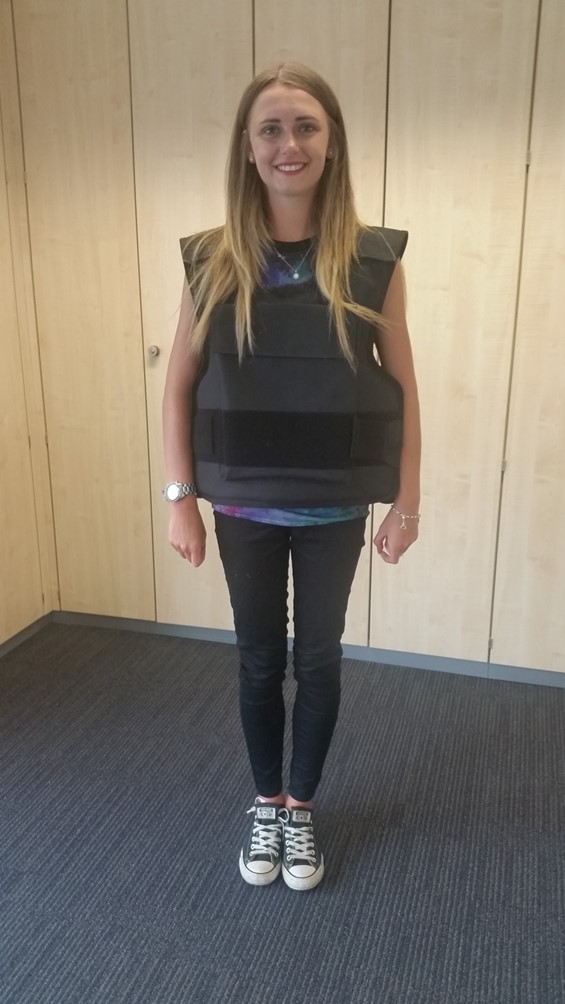 Curriculum & Quality Leader Janice Balshaw said: “The donation of the bulletproof vest has helped the team develop new and exciting ways to deliver the course.

“Kit is an essential resource for all services and having the equipment will make the experiences more realistic.

“The vest is particularly beneficial in the Health, Safety and Fitness unit because learners need to understand the importance of maintaining physical fitness as part of the career expectations whilst wearing equipment such as the vest.

“Real life kit gives the learner the opportunity to enhance the activity.”

Thomas Bowman of SafeGuard Clothing said: “We have donated bulletproof vests like this one to several colleges across the UK and the USA.

“We pride ourselves by helping students gain access to our premium security protective vests.”

An essential element of the class is effective team working and learners investigate the benefits of working together and the qualities of effective leadership and followership.

“A lot of them don’t realise that joining the armed forces doesn’t necessarily mean being on the front line.

“This is something completely different to being in school and coming here might change their life by giving them a career option that they hadn’t considered before.

“It doesn’t just promote the good side, either – it shows the risks and realities of being in that industry as well.”