A Securities apprentice from New College Lanarkshire was a finalist in this year’s Glasgow Modern Apprentice Awards.

Corrie Stewart was one of eight apprentices shortlisted in the annual awards, which are organised by the Trades House of Glasgow.

Established in 2006, the awards aim to encourage apprentices to become proficient in their chosen vocation.

Corrie, who works for Glasgow-based Connelly Security Systems (CSS), received a certificate of commendation for reaching the final.

The 23-year-old from Carluke was joined at the final by two representatives from her company, Engineering Manager Mike Brogan and Engineer Supervisor Allan Davis. 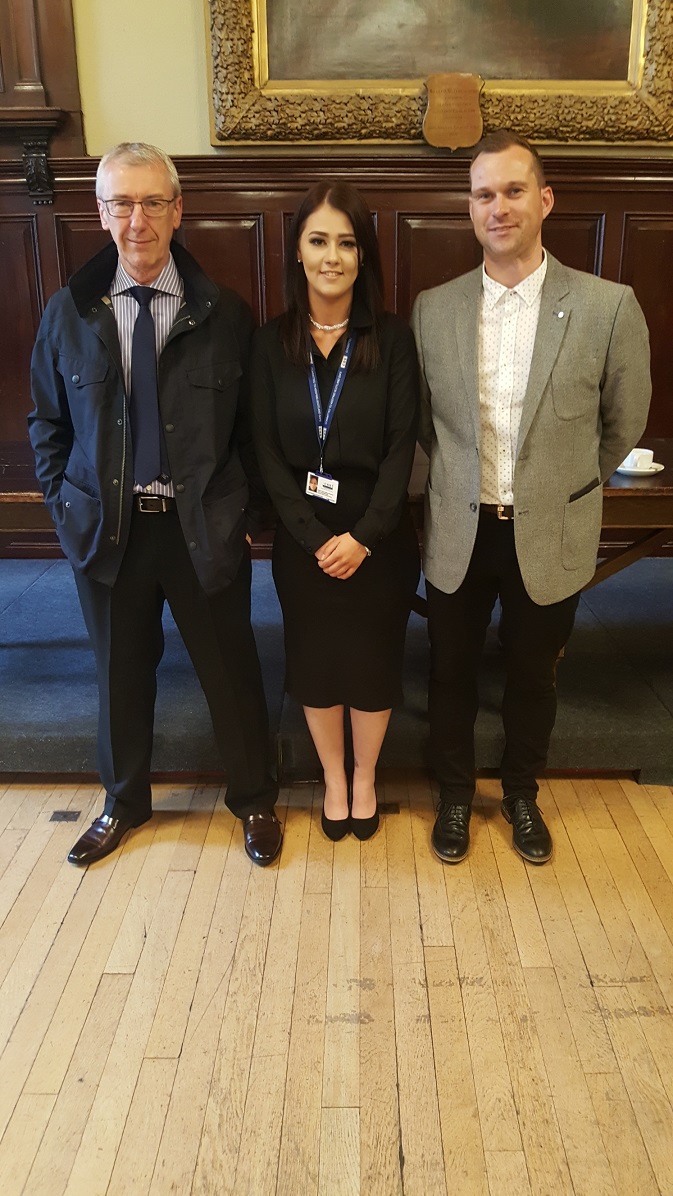 Corrie said: “It feels great and a wee bit surreal to have been a finalist in these awards.

“I’m almost finished my apprenticeship now and I’ve absolutely loved it – the time has passed too quickly.

“It’s a very technical job and I’d say anybody would enjoy doing it.

“There’s another female apprentice in first year now. It used to be such a male-dominated industry but that’s changing.”

A former pupil of Biggar High School, she recently won a competition for all third-year Electronic Fire & Security Systems apprentices at our Motherwell Campus as part of Scottish Apprenticeship Week 2017.

She and five fellow apprentices from the College will travel to London later this month to compete in IFSEC International’s 19th annual ‘Engineers of Tomorrow’ contest.

David Scott, Curriculum and Quality Leader for Built Environment and Securities at New College Lanarkshire, said: “It was a no-brainer to put Corrie forward for these awards.

“She deserved to be a finalist because of how hard she has worked this year, and also being part of the up-and-coming industry that is fire and security.

“She was on a pre-apprenticeship course before she started her apprenticeship, so she had a prior knowledge of electrical systems. Plus she looks at things differently – she’s very organised and attentive.”

New College Lanarkshire is one of only four centres in Scotland to offer training for Modern Apprentices in Securities, which teaches the four aspects of the industry: CCTV, Fire, Access Control, and Intruder Alarms.

Read more about our apprenticeships in Securities here: