Securities apprentices from New College Lanarkshire have claimed second and third places at a prestigious industry awards ceremony in London.

The Security & Fire Excellence Awards 2018 took place at the Hilton Park Lane and attracted around 1,000 guests from the fire and security sectors.

The apprentices, who have recently completed their training at our Kirkintilloch Campus, were finalists in the IFSEC Engineers of Tomorrow category. 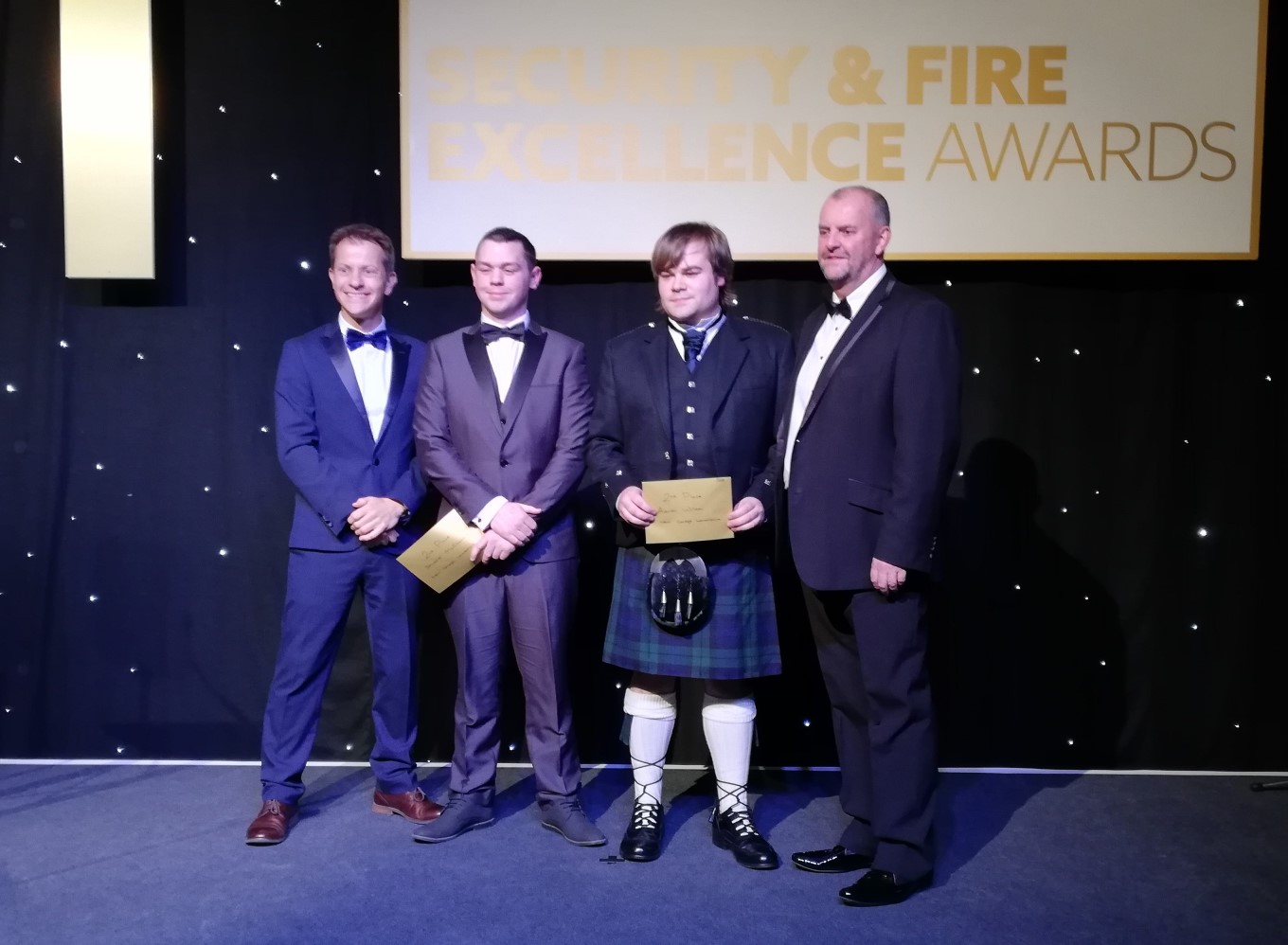 The awards were hosted by actor James Nesbitt.

David Scott, Curriculum and Quality Leader in the Faculty of Engineering, said: “I haven’t seen the students since June and it was really encouraging to see how they had grown and matured in such a short period of time.

“All four students are true inspirations and worthy of the second and third places they received at the Security & Fire Excellence Awards.

“Over the last seven years, apprentices from New College Lanarkshire have performed brilliantly at these awards, which is a credit to the hard work of the students and also the staff at NCL who are constantly pushing boundaries and developing the course and materials to continuously demand improvement.”

Similarly, two former New College Lanarkshire apprentices – Martin Hannaway from Motherwell and Corrie Stewart from Kirkintilloch – were recognised with a second place prize at the same awards dinner in November 2017.

New College Lanarkshire has recently opened a specialist hub for Electronic Fire and Security courses at our Kirkintilloch Campus.

The new facilities allow apprentices and industry specialists from across Scotland access to state-of-the-art equipment for training or up-skilling.