Security apprentices from across Lanarkshire were recently celebrated for successfully completing their Modern Apprenticeship programmes at New College Lanarkshire.

38 students who completed the industry-renowned Modern Apprenticeship in Electronic Fire and Security Systems at the College’s Motherwell and Kirkintilloch campuses were presented with certificates of achievement at the special awards ceremony in front of employers, friends, family, staff and fellow students. 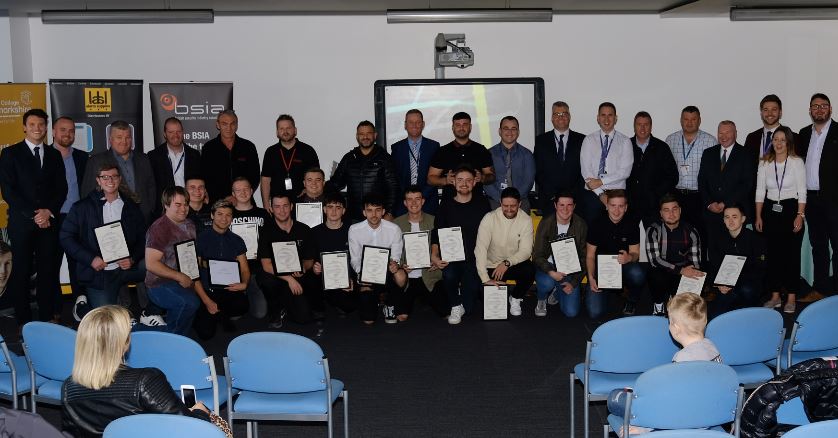 The apprentices completed the three-year programme, which combines theory and skills taught within the College environment with the practical experiences of the workplace.

Along with receiving certificates of programme completion, four students were granted special awards for their outstanding achievements.

Steven Flanigan from Bishopbriggs was named the College’s Apprentice of the Year as well as best in his class, commended for his constant hard work and effort throughout the course and his success in internal college competitions as well as the regional heat of IFSEC’s Engineers of Tomorrow competition.

The 21-year-old has been on the apprenticeship course since 2015 whilst employed with CSS, but has now started his own company, Alarmtec Fire and Security. He was awarded a commemorative quake as well as a multi-meter and screw driver set from the College and £100 in vouchers from Alarm Supplies.

Andrew Tham, 22 from Cumbernauld and Stuart McCluskie, 24 from Larkhall were also given top awards for best in class, following their success at the Engineers of Tomorrow regional heat, while David Flanigan, 21 from Bishopbriggs was named Most Improved Student for his dedication to self-improvement in theory and practical classes. All were awarded £50 vouchers from Alarm Supplies. 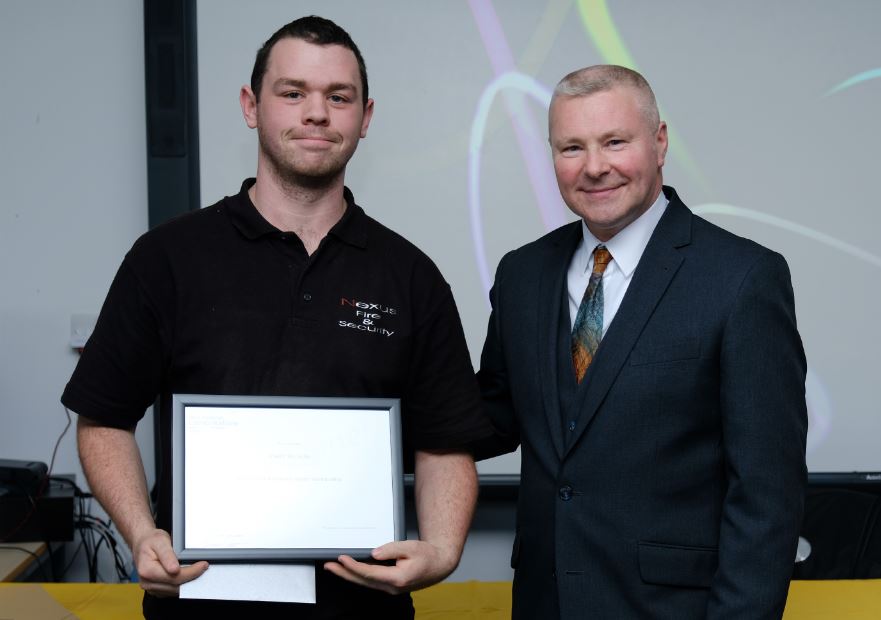 Curriculum and Quality Leader David Scott said: “Our students work so hard for three years to obtain their Modern Apprenticeship, so it is important that we celebrate their achievements with their employers, families, staff and other students.

“All the students have so much to celebrate, particularly the four who were individually recognised for their hard work and commitment to the course – they thoroughly deserve the praise!

“Thanks so our sponsors Alarm Supplies for supplying prizes for the special awards and to all our partners and employers for attending.”