Security challenge heats up for engineers of tomorrow

Electronic Fire and Security apprentices nearing the end of their training have showcased their skills in a three-day competition at New College Lanarkshire.

The main atrium was transformed with a row of ten purpose-built competition booths in which trainees had to complete a six-hour challenge to install a fire or security alarm. 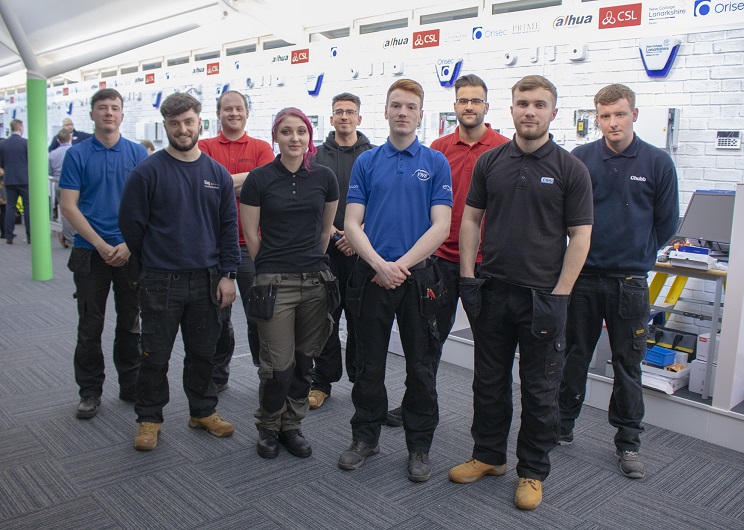 The event, which was hosted in partnership with security equipment firms CSL, Dahua and Orisec, was organised to coincide with Scottish Apprenticeship Week 2019.

The challenge was designed as a real-life scenario in which students use the skills and knowledge gained over the course of their studies to install and commission either a fire alarm or intruder alarm to the relevant British and European standards. 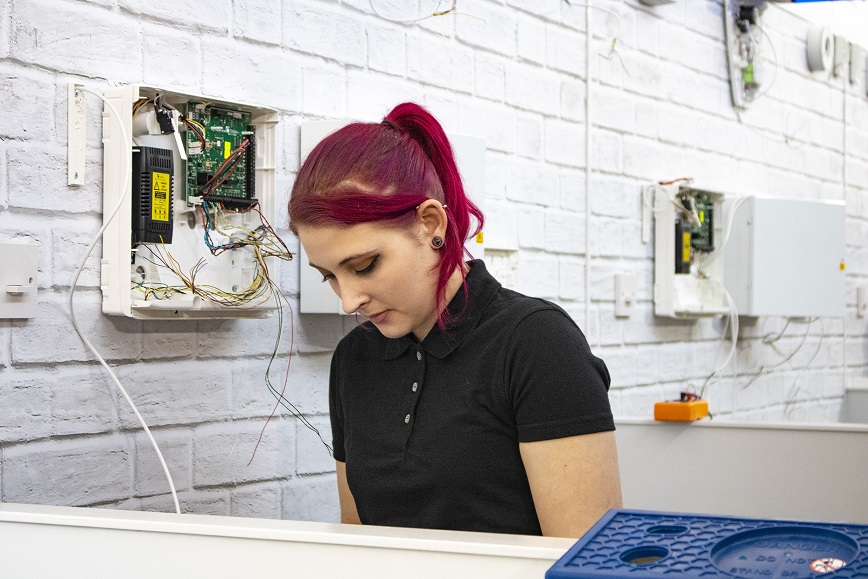 The four apprentices who garnered the most points from their installations will now receive sponsored spots at the IFSEC International event in London in June to compete against the best in the UK at the Engineers of Tomorrow competition.

The winning apprentices were:

New College Lanarkshire’s state-of-the-art hub for Electronic Fire and Security Systems currently trains around 200 Modern Apprentices and 40 students and pre-apprentices, in addition to providing upskilling opportunities for existing workers in the industry.

David Scott, Curriculum and Quality Leader, said: “The apprentices put on an amazing spectacle. Year on year, the standard of the apprentices’ work continues to improve.

“The Electronic Fire and Security team organised an amazing event, and I am proud to be part of such a hard-working team of professionals.

“Without the continued support from our partners – BSIA, NSI, CSL, Dahua and Orisec – events such as this just wouldn’t be possible, so I’d like to say a big thank you to all the sponsors who made the event such a success.” 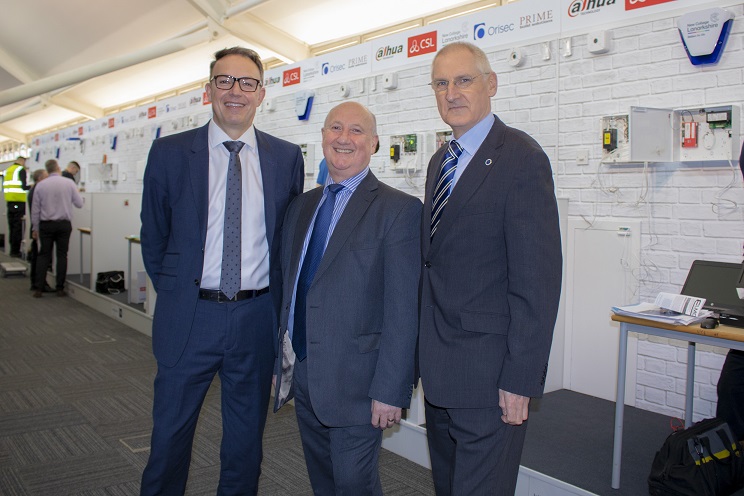 Richard Jenkins, Chief Executive of NSI (above, right), said: “I would say this facility at New College Lanarkshire is best in class across the UK.

“There are a lot of colleges interested in training up engineers who could take a feather out of the cap of David Scott and his team in terms of the way this is run and all the work that goes into delivering the quality of apprentices coming out of the College.

“I think the Security Skills Challenge is an excellent example of how to get the attention and commitment from these young apprentices.”

Among those watching the first day of competition included Simon Banks, Group Managing Director of CSL (above, left), who founded the apprenticeship in Fire and Security in 2011.

He said: “I came to the same event last year at the College’s Motherwell Campus and that was good, but the set-up in Kirkintilloch has really raised the game. It’s so modern and practical.

“These engineers are ‘oven-ready’ when they go to the workplace because they’ve had all the knocks and spoils of a real environment.

“They’re not doing installations on to chipboard – they’re installing on to plasterboard and putting the cables down the back.

“Those sorts of educations are invaluable, and it’s great to see such a realistic environment.”

Mike Reddington (above, centre), Chief Executive of British Security Industry Association (BSIA), commented: “It’s really impressive to see both the competition and the number of apprentices who are being trained here.

“There is a skills shortage in our industry and it’s really crying out for this type of support.

“Technology is moving at a great pace and the apprentices here will be knowledgeable engineers of tomorrow, which the industry desperately needs.” 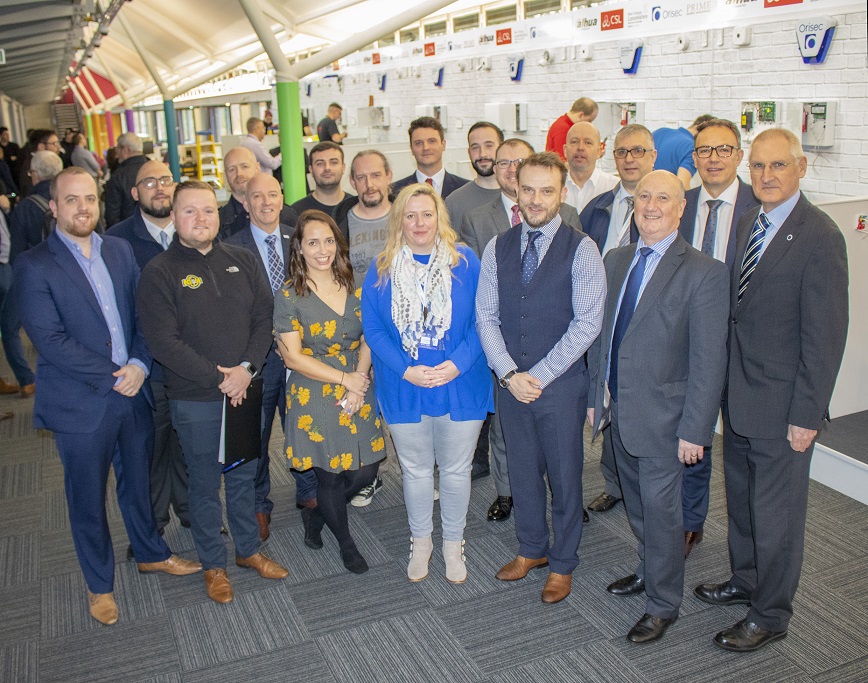 Alan Wheelan, Managing Director of Selkirk-based Border Safeguard, has made the journey from apprentice to company director – and recently enrolled one of his Modern Apprentices for the first time in a course at New College Lanarkshire.

He said: “For us to send a young guy up to Kirkintilloch on his own, he’s finding he’s getting added value – we feel that it’s developing his life skills.

“He’s not just learning what we want to teach him, he’s bringing back to our business things that he’s learning from other engineers and their experience as well as what he’s being taught at the College.”