A sports student from NCL has helped a local powerchair football team get to the top of their game and qualify for the Champions Cup in Switzerland.

The 21-year-old from Bellshill started coaching the team in 2018, after finding out about the club through the College’s partnership with Clyde FC.

She now helps coach around 20 male and female players at weekly training sessions to ensure they are at the top of their game for the international tournament.

“I decided I wanted to push myself out my comfort zone, so applied. My lecturers were really supportive, helping me in the application process and preparing for interview.

“When I first started coaching at the Club, I was quite shy and it took me a while to understand the rules of the game and what was required. Now I have been there for over a year, I know all the players on a personal level and am confident in offering coaching as well as emotional support. The role has really helped me gain confidence and knowledge which is helpful for my studies too.

“Seeing the players grow in confidence and skill is really rewarding and I absolutely love it.” 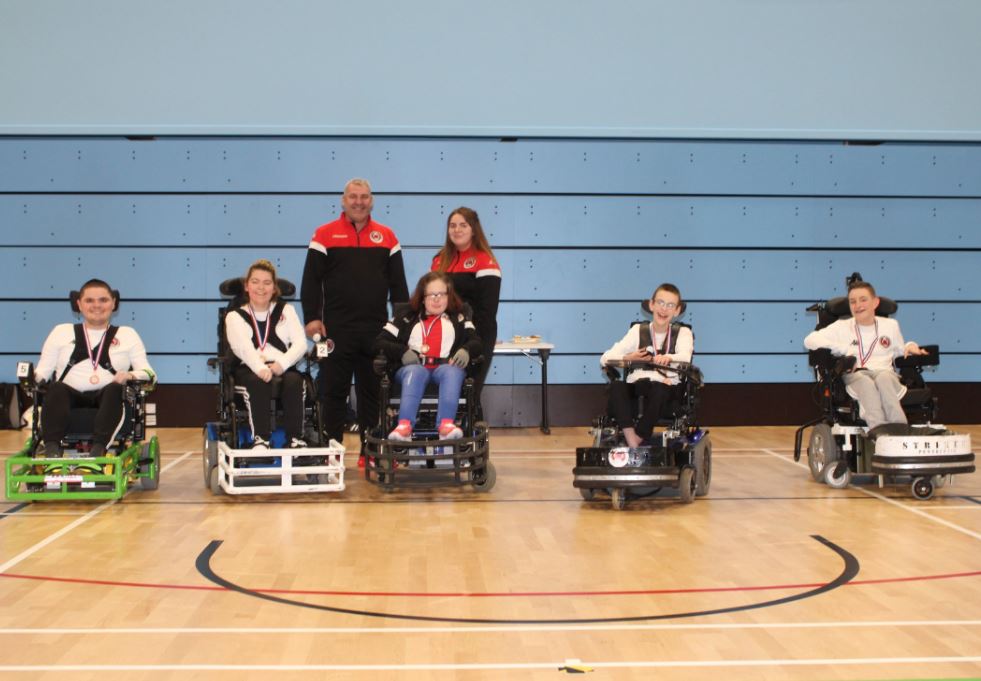 Stephanie started her studies with NCL in 2017, joining the Level 5 Sports Coaching course at Broadwood. She has since progressed steadily to reach HND-level and now has a conditional offer to study BA Sports Coaching and University of the West of Scotland.

She said: “I wouldn’t change my time at college for the world. It has got me to where I am today.

“At school I wasn’t very academic and I was made to think I wouldn’t get anywhere in life. I never thought I would be where I am now – a conditional place at university and with a rewarding job that I love. I couldn’t have done it without the College.

“My lecturers pushed me to apply to university - they have always believed in me and supported me along the way. Over the last four years they have changed my attitude completely and I am so motivated to do my best.

“My time at college has also provided me with valuable experiences that have helped me get to where I am, like taking part in the Active Schools project and helping children with learning disabilities. I think this is where I started to get interested in disability sport which is now a career-path I want to go down.

“If anyone is thinking about applying to any of the sports courses at Broadwood, I would say 100% go for it. Don’t hesitate. You have no idea what you are capable of until you go there and they help you become the best you can be. If you put our mind to it, and all the hard work in, you will be successful.”

Craig Peattie of Clyde FC said: “Stephanie has been a great addition to the club. Her knowledge, excitement for the game and energy has been a real positive for the club.

“Our sport can be tricky to get used to in terms of the rules but Stephanie has shown a keen interest to learn these as quickly as possible and get stuck into coaching our teams.

“We have multiple levels of players at the club in terms of physical and mental disabilities but Stephanie has been able to coach at all levels and really get her coaching points and ideas across to players of varying understanding.

“Having followed the same pathway as Stephanie in coaching, it’s good to see the practice side of coaching you learn at college is implemented here at the club. Going out and getting that coaching experience at an early stage in further education shows a real desire and work rate.

“Personally, I can see Stephanie a lot more confident now with us and the sport (something coaches can struggle with in a disability context). Her drills are planned out and have reasoning behind them. A real sensible approach to coaching and dealing with people in general.” 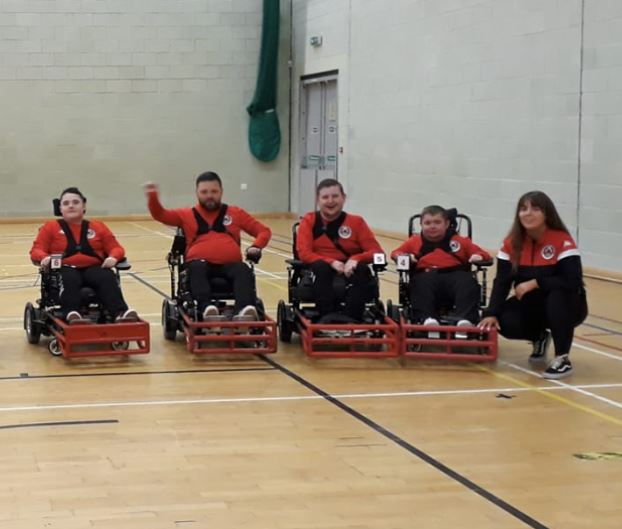 Clyde Powerchair FC are currently trying to raise £20,000 to cover their trip to Switzerland and associated costs of the six-day competition.

Craig continued: “For Geneva2020 we are lucky enough to be the first Scottish club to reach this elite level completion. For Powerchair football this is the mainstream equivalent to the Champions League.

“Due to the event being in Geneva, hosted over six days and our players needing 24hour assistance, the trip is a huge cost to the club.

“Stephanie has helped us raise an impressive amount so far and we hope this will continue over the next few months.”

To donate to the cause and help the team get to Geneva, click here.