The Scots superstar Lewis Capaldi hit all the right notes with students and lecturers when he made a surprise return to the Motherwell campus where he once studied.

The Someone You Loved singer-songwriter, who last week revealed he had been diagnosed with Tourette’s Syndrome, gained an HND in Music at the college before launching his career as a global sensation.

Lewis spoke to his former lecturers Scott Cowie and Yvonne Tipping before taking a question and answer session with students from all music courses from NQ Rock and Pop, HNC/D Music and the new BA Music Performance, Sound Production and Music Industries courses. 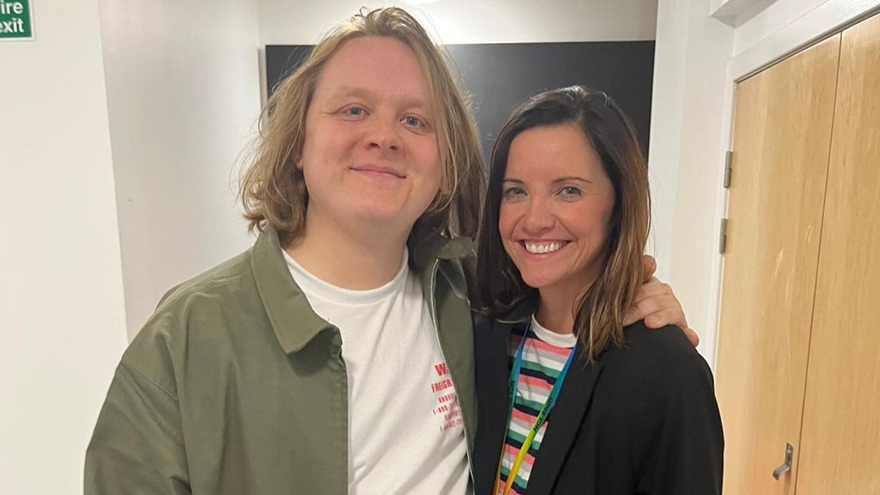 Lewis spoke in detail of the “very fond memories” he had of his time on the course and assured all learners they were in “safe hands” with all of music staff. Lewis even joked that he would like to come back and undertake the new music degree course.

And he told students that he still finds it intimidating playing in front of the massive audiences who fill stadiums to see him.

He said: “It’s much easier to sing to 50 people than 50,000 people. Bigger gigs are absolutely horrifying. I would be much more at ease playing to seven people than 70,000. I’m not very good with pressure is what I’m realising as I age gracefully.” 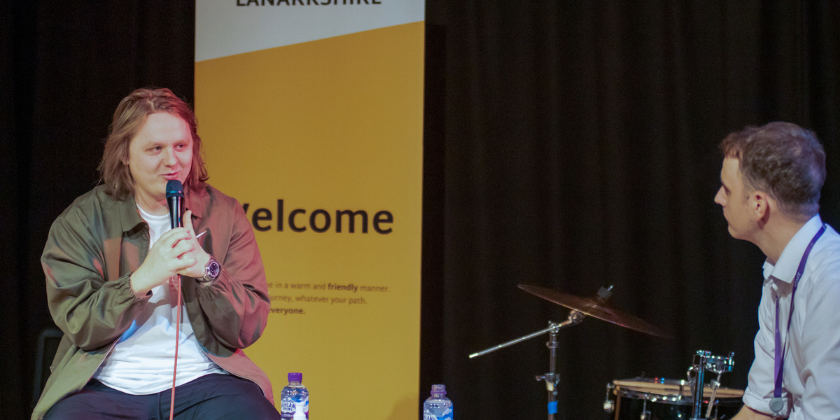 The audience also heard how then Lewis had listened as I Wish I Was A Punk Rocker singer Sandi Thom had given a similar interview on the Motherwell campus. Prior to Capaldi, Thom was the last Scot to enjoy a No.1 hit on both sides of the Atlantic.

Scott Cowie said: “We’re obviously immensely proud of everything Lewis has achieved in music. Personally though, what I am most proud of is how down to earth he has remained. The fact that it was his idea to want to come back and visit speaks volumes for the kind of person he is.”

“I’m sure he gave the students the hope they too can emulate his success on the world stage.”

Lewis Capaldi’s new single ‘Forget Me’ is available to download on all major platforms.

Find out more about our range of Music courses by clicking the link below: